As the US-China relations reached an all-time low under Donald Trump’s administration and Joe Biden has been declared as the winner of presidential elections, the... 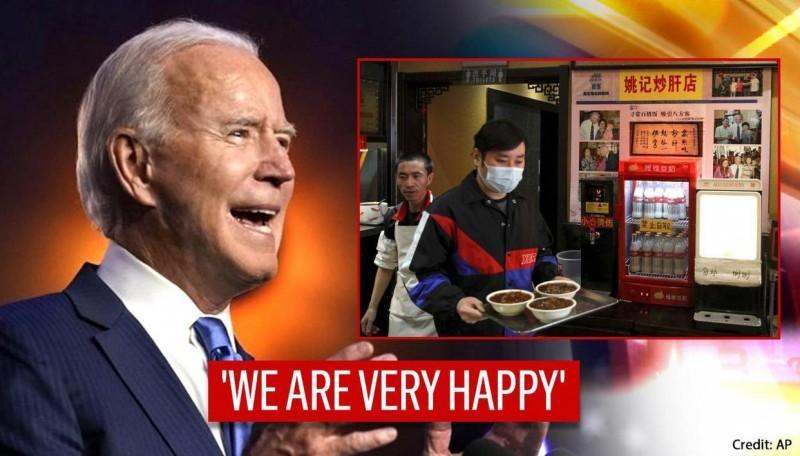 As the US-China relations reached an all-time low under Donald Trump’s administration and Joe Biden has been declared as the winner of presidential elections, the Yaoji Chaogan noodle restaurant beneath Beijing’s 600-year-old Drum Tower recalled Biden’s visit. With restaurant’s manager Yao Yan saying on November 8 that “we are happy”, the management hung up photos of the President-elect’s visit as the US vice president back in 2011 when he had stopped for a bowl of noodles and dumplings.

“We are very happy that Biden was elected,” manager Yao Yan said as quoted by the Associated Press. “We have already met each other, and we can say that we are old friends.”

The images were from the time when Biden visited Beijing along with his granddaughter Naomi and was shown around the local areas by then-US Ambassador Gary Locke. At the time, the former US vice president’s meal at the restaurant was deemed as “noodle diplomacy” by Chinese newspapers. Joe Biden ate at a low table before greeting the onlookers with a smile and a thumbs-up.

Yao recalled, “Biden was very friendly with Chinese customers...After that, everyone applauded for Biden. There was the feeling of the joy of laughter and a cheerful mood.”

Read - Taiwan Not Invited To WHO Meeting After China's 'obstruction'; Expresses 'strong Regret'

While Democrat Joe Biden is set to become the 46th president of the United States, Chinese state media struck an optimistic tone and said that US-China relations could be restored to a state of greater predictability. The Global Times, which is the mouthpiece of China’s ruling Communist Party on November 9 said that Beijing should work to communicate with the Biden administration as thoroughly as it can. The Trump team had created tensions in China-US relations and had created “bubbles” occurring in both the countries policy, however, the Chinese state media said that under Biden “it is possible to pop those bubbles”.

While acknowledging that the US was unlikely to ease pressure on China on issues such as Xinjiang and Hong Kong, the Global Times said that it is in the common interests of people from both countries and of the international community that China-US relations become “eased and controllable”. Further, the media outlet also added that the relations between both countries could be restored and they could start with trade. 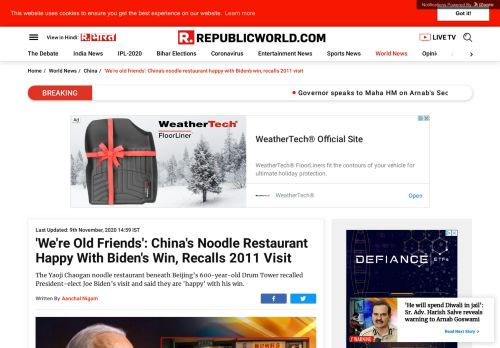 This article has been aggregated from www.republicworld.com and they maybe/are the copyright owners of the same. If you are the Author/Copyright owner of this article and want us to remove the same then send an email to admin@blog.restaurant so that we can delete it immediately. We sincerely regret and apologies for any inconvenience caused to you due to the same. Though it is your decision but please take note that the link to your website and the article have been given above, within and on the bottom of the article.