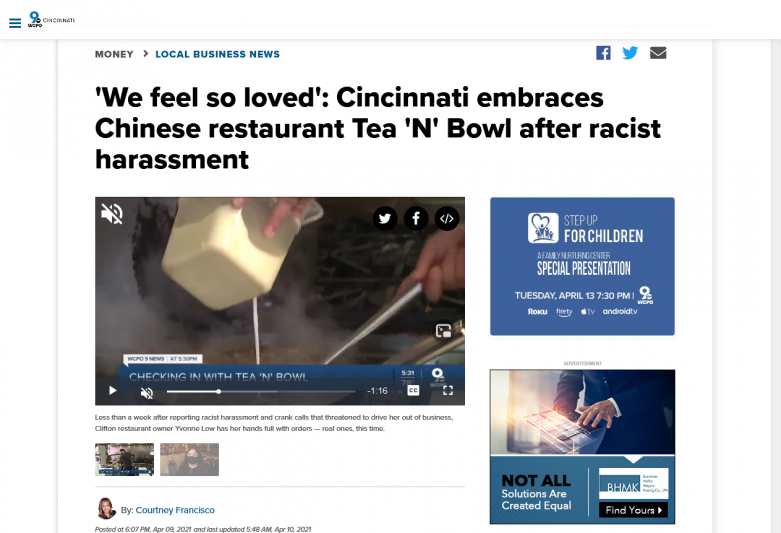 Less than a week after reporting racist harassment and crank calls that threatened to drive her out of business, Clifton restaurant owner Yvonne Low has her hands full with orders — real ones, this time.

Demand is so high that she ran out of ingredients Thursday night and had to hit the grocery store before opening Friday.

“It kind of leaves me speechless,” she said. “I couldn’t express enough the gratitude.”

Low, who is from Malaysia, said Monday her Chinese restaurant Tea ’N’ Bowl had been flooded with phone calls from people placing large orders and promising to pay in cash. She and her staff would prepare the food; the customer would never appear.

When she attempted to call them back, the customer would insist she had gotten a wrong number.

The prank calls cost Low time, money and ingredients, but the racist comments were the worst, she said. Like other Asian Americans, particularly Asian restaurant owners, Low said she had endured new levels of racist harassment since the COVID-19 pandemic began.

The novel coronavirus was first identified in Wuhan, China, and its subsequent spread — which paralyzed much of the world throughout 2020 — became a pretext for anti-Asian harassment across the United States and elsewhere. Asian Americans have reported being physically attacked, called slurs and personally blamed for a global pandemic.

A study performed by the civil rights group Asian Americans Advancing Justice found 3,000 reported hate crimes against Asian Americans in 2020. In the entire two-year period from 2017-2019, the same organization found fewer than 500.

Low said Monday she was worried she would have to close her restaurant. Her relatives in Malaysia were worried about her, and she didn’t want her family business to become a place where her children witnessed their parents being racially harassed.

New orders came pouring in after her story aired on WCPO, and these were from customers who arrived to pay.

On Friday, Low said she felt newly uplifted by the Cincinnati community and determined to keep her spot on West McMillan Street.

“I even had an officer come in to tell us, ‘Come down personally,’ to give me a card and tell me, ‘You know what, if something happens again, call me directly and we will come down and help you, anything, if you feel threatened or anything,’” she said.

People from out of state have offered to make donations to her restaurant, she added, but she doesn’t want donations. She wants to run her business and feel safe doing it.

“I was like, ‘Oh, we feel so loved,’” she said. “Even my employees, they say, ‘People love us. They really support us.’ The love and the concern and the support is very — it warms our hearts, really.”

If you feel like grabbing boba, hot pot or pad thai from Tea 'N' Bowl this weekend, Low warned there might be a wait due to the volume of other orders. Her husband, Joe, is cooking as fast as he can. 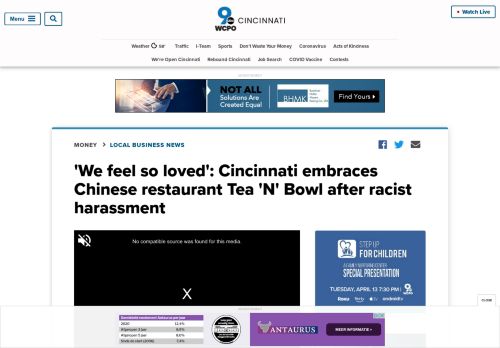 This article has been aggregated from www.wcpo.com and they maybe/are the copyright owners of the same. If you are the Author/Copyright owner of this article and want us to remove the same then send an email to admin@blog.restaurant so that we can delete it immediately. We sincerely regret and apologies for any inconvenience caused to you due to the same. Though it is your decision but please take note that the link to your website and the article have been given above, within and on the bottom of the article.