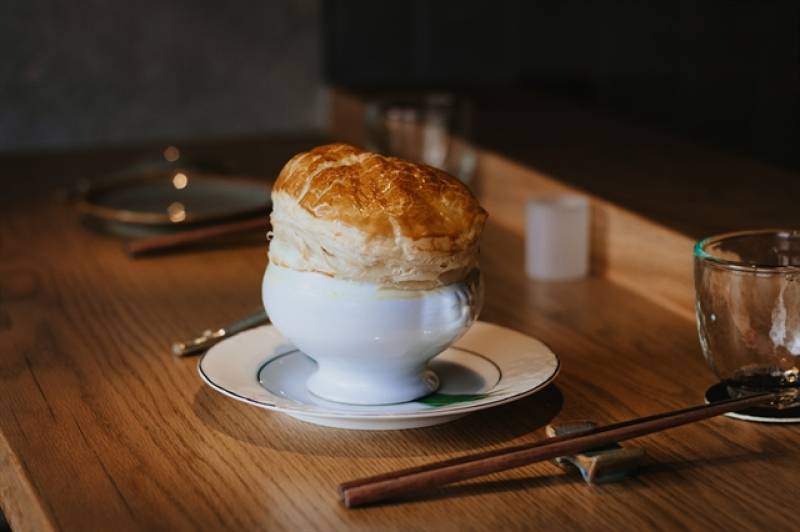 HCM CITY —  A Vietnamese restaurant has been named among the 50 best in Asia.

The Anan Saigon, a restaurant that turns street food flavours into contemporary creations, was named Viet Nam's best restaurant in 2021 and 39th in Asia by the website theworlds50best.com on the 'Asia's 50 Best Restaurants' list.

The restaurant, named for the Vietnamese words "ăn ăn", meaning ‘eat eat’, is located in Chợ Cũ, the oldest wet market in the centre of HCM City along Tôn Thất Đạm Street.

The Anan Saigon was founded by Peter Cường Franklin, a Vietnamese-American chef who studied at Le Cordon Bleu and trained at world-famous restaurants including Caprice in Hong Kong, Alinea in Chicago and Nahm in Bangkok.

‘One Bite Phở’ is a distillation of Việt Nam’s iconic national dish into one single bite. Photo courtesy of Anan Saigon

The chef said his true inspiration is his mother, who ran a small noodle shop in Đà Lạt City in Lam Dong Province.

His signature dishes at Anan Saigon include ‘Caviar Bánh Nhúng’ which is inspired by a traditional waffle cake found at street food markets in Việt Nam, combined with a classic French tart preparation. The tart shell is replaced with a light and crispy Vietnamese rosette pastry made from rice flour and egg, topped with salmon caviar, smoked salmon and crème fraiche.

‘One Bite Phở’ is a distillation of Việt Nam’s iconic national dish into one single bite. The molecular creation features black truffle and wagyu beef in a sphere of phở broth.

The publication of this year’s list aims to support the region’s restaurant scene by recognising as many great restaurants as possible across Asia. 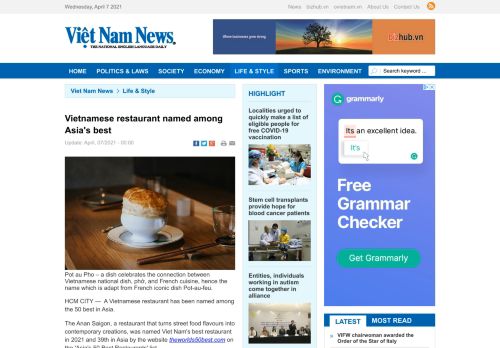 This article has been aggregated from vietnamnews.vn and they maybe/are the copyright owners of the same. If you are the Author/Copyright owner of this article and want us to remove the same then send an email to admin@blog.restaurant so that we can delete it immediately. We sincerely regret and apologies for any inconvenience caused to you due to the same. Though it is your decision but please take note that the link to your website and the article have been given above, within and on the bottom of the article.