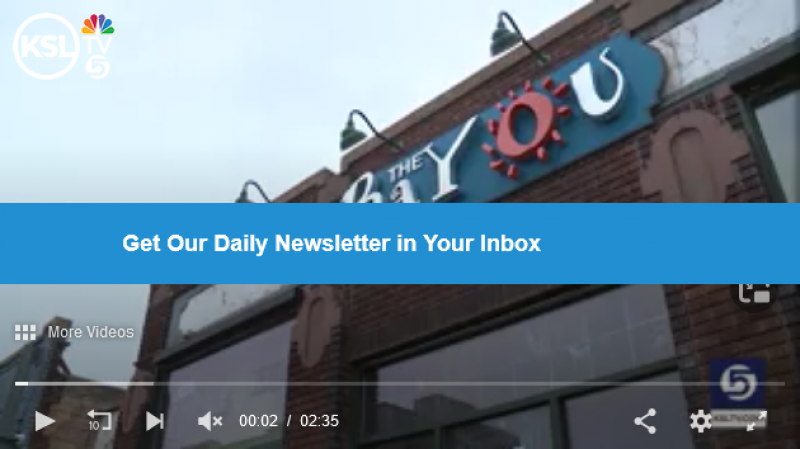 SALT LAKE CITY, Utah – The owner of a restaurant and bar said Friday he had been receiving strong backlash after announcing he was reopening for dine-in customers soon with the requirement that they be fully vaccinated.

The Bayou, located at 645 South State Street, had only been offering curbside to-go since closing the inside of the restaurant in March 2020. The owners recently announced new rules for the May 12 reopening on their website, stating customers must show their vaccination cards and be two weeks past their final vaccination dose before entering.

Owner Mark Alston said Friday evening he had received numerous angry calls — including many from people who are out-of-state and had never been to his establishment before.

In interactions Alston recorded, angry callers described the owner as a “godless communist,” who is “(expletive) ridiculous” for requiring vaccine cards.

“That is not a (expletive) law,” another caller said. “I will never feed into this propaganda, V-for-Vendetta-type type (expletive).”

Alston said he is in fact a proud “capitalist” — the reason he went into business in the first place.

“If people don’t get things 100% their way, they just go ballistic,” Alston shrugged.

Alston referred to CDC guidelines that state that masks are “recommended for employees and for customers as much as possible when not eating or drinking and when social distancing measures are difficult to maintain.”

Alston said he viewed mask use in a restaurant and bar setting like his as not practical.

Alston has not been immune to the ill-economic effects of the pandemic. He said he lost $100,000 last year.

“We did get PPP loans but because we were mostly closed, we couldn’t use it,” Alston said. “I have to pay them back a little over $200,000,d which I don’t have, so we’re having to find that.”

Alston hoped the backlash would subside in time for his dining room to reopen and thanked those who have given him positive and supportive feedback.

“The pandemic’s so close to over,” Alston said. “We’re almost there, folks. Let’s just finish.”

This article has been aggregated from ksltv.com and they maybe/are the copyright owners of the same. If you are the Author/Copyright owner of this article and want us to remove the same then send an email to admin@blog.restaurant so that we can delete it immediately. We sincerely regret and apologies for any inconvenience caused to you due to the same. Though it is your decision but please take note that the link to your website and the article have been given above, within and on the bottom of the article.