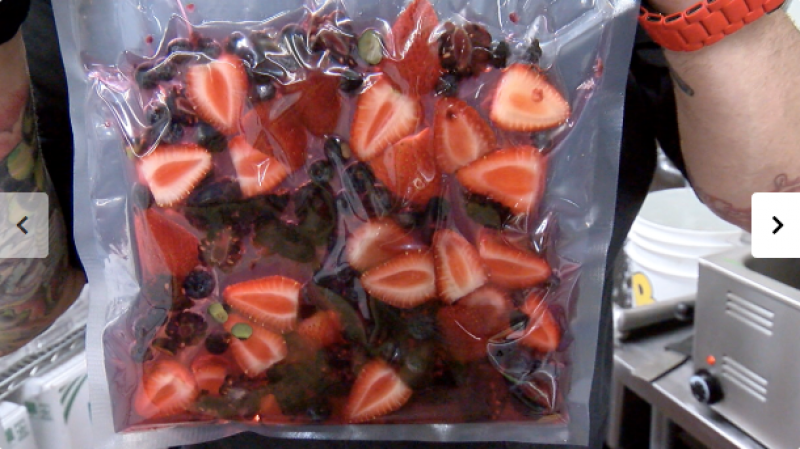 TUCSON, Ariz. (KGUN) — Berries are a star ingredient on the menu at The Parish in Tucson.

"They just add a lot of flavor, a lot of freshness and they're very versatile," said Chef and Owner of The Parish, Travis Peters.

When the pandemic hit and the restaurant had to close, Peters had just placed a big order of fresh fruit.

"We were sitting on 150 pounds of fresh berries. We dehydrated some of those and turned them into powders. We pickled others. We processed them and made sauces for desserts. I also froze some to be used later in some fermented hot sauces that we do," said Peters.

That decision paid off big time. The Parish saved their entire berry order by thinking outside of the box.

With business picking back up, The Parish plans to expand their menu and is placing new orders with big berry companies.

In an article by the Wall Street Journal, Driscoll's asked restaurants to be upfront about the number of berries they will need, even months into the future.

Peters said he is confident in his predictions for his business.

"We're feeling out what people are excited about. It seems like they're excited about fresh vegetables and fresh berries. They've maybe had a lot of to-go food that they're not so excited about anymore. I do see an increase in our future for sure," said Peters.

This article has been aggregated from kgun9.com and they maybe/are the copyright owners of the same. If you are the Author/Copyright owner of this article and want us to remove the same then send an email to admin@blog.restaurant so that we can delete it immediately. We sincerely regret and apologies for any inconvenience caused to you due to the same. Though it is your decision but please take note that the link to your website and the article have been given above, within and on the bottom of the article.