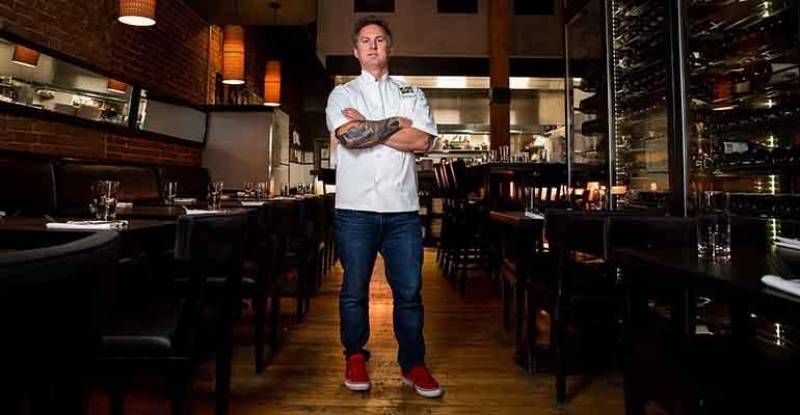 After 12 years in business, Troy Guard closed his signature restaurant TAG in early May due to the coronavirus pandemic. But that doesn’t mean he’s slowing down.

Guard is opening the new 30,000-square-foot Grange Hall food hall in Denver later this year. He is also expanding his fast-casual concepts, including Babu.

“I wanted to go out on top,” said Guard. “Really it all just comes down to: It’s been 12 years. It’s been a great run. Let’s go out on a high note and focus on the other restaurants opening up and make sure they have what they need.”

TAG was still successful when it closed, but Guard didn’t see a future in fine dining amid the current climate. He decided that one-off concepts are not where he sees Tag Restaurant Group  — which includes the three-unit fast-casual Babu, the four-unit casual-dining Los Chingones, Guard and Grace, HashTAG, TAG Burger Bar, Big Wave and FNG — moving.

“We're not losing money, but I know it's not one of our growth vehicles, so I'd rather take our staff there, who's great, and put them in our other restaurants where honestly we're short staffed.”

After announcing the closure, Guard offered current workers at TAG the opportunity to transfer to any other of the group’s restaurants. All of the employees stayed with the company, many preferring their new posts for the better scheduling, better wages or the opportunity to learn a new cuisine.

Before closing TAG, Guard and his team were looking for ways to keep all his restaurants open with the staffing issues the industry has been facing. Options included cutting store hours, but Guard isn’t just blaming the pandemic for the labor shortage.

“Denver's growth has been astronomical, so we had a hard time finding good staff [before the pandemic]. And now with the pandemic we’ve been going to the drawing board and drawing up different plans, weekly and monthly,” he said.

Amid the pandemic, there’s been a growing movement to address food industry worker pay including minimum-wage bills floating around Congress and some well-known restaurants eliminating tipping in favor of a service charge.

Guard had to include a service charge on checks during the pandemic to offset both the labor and supply chain shortages. The charge of 3.5% is divided between Guard, who receives 40% for rising supply costs, and 60% which goes to the back of the house, effectively giving the back-of-house workers anywhere from a $2-$5 per hour raise.

At Guard’s fast-casual concepts, workers make minimum wage which, in Denver, is $15. When tips are added, workers are making around $25 an hour.

And this is what led to Guard’s new food hall: the labor crisis. 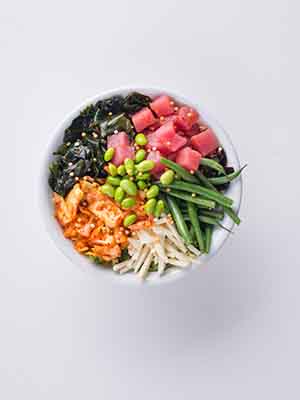 The check averages are lower too, with $15 to $25 on average per check expected at the yet-unopened Grange Hall. Each stall will only offer a few food items so, for existing concepts from TAG Restaurant Group or other operators, Guard and his team offer to help trim the menus to the five or six best items.

It's also paving the way for brand-new concepts or those that haven’t had the money to expand, he said.

“My personal opinion is the food hall is going to continue to grow. And I think they're pretty exciting again, I've got a couple people in here [already]. They're spending $40,000 to open their own concept instead of a million dollars,” he said.

TAG Restaurant Group will oversee all concepts in the food hall and Guard has been specific in picking concepts, sure to avoid doubling up on the same cuisine or finding a concept that’s not meant to create portable food.

And Guard is continuing to grow his own brands.

Babu, one of Guard’s fast-casual concepts, opened a third location in Denver on June 8.

Babu serves build-your-own bowls that are inspired by Guard’s native Hawaii, as well as his time spent in San Diego.

Many of the new locations Guard will be expanding into throughout the next few years are secondhand spaces.

“I'm trying to play the long game here, not the short,” said Guard.

This article has been aggregated from restaurant-hospitality.com and they maybe/are the copyright owners of the same. If you are the Author/Copyright owner of this article and want us to remove the same then send an email to admin@blog.restaurant so that we can delete it immediately. We sincerely regret and apologies for any inconvenience caused to you due to the same. Though it is your decision but please take note that the link to your website and the article have been given above, within and on the bottom of the article.