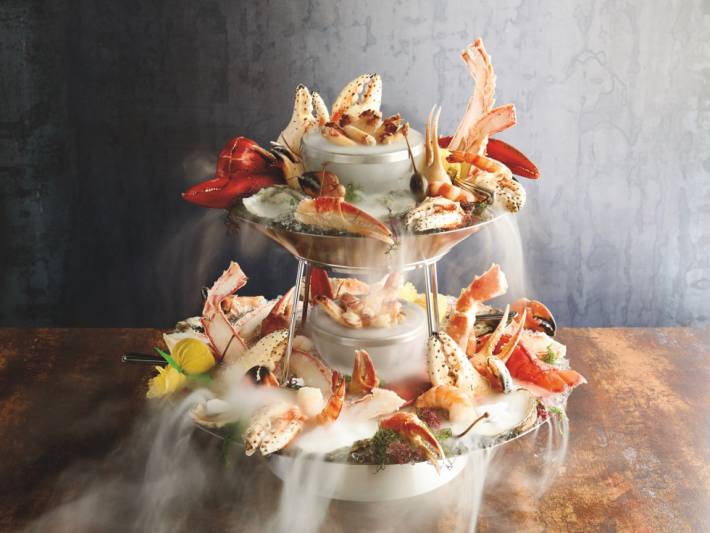 The crown jewel of the Landry’s restaurant empire is coming to The Woodlands. Mastro’s Ocean Club is coming to the Houston suburb.

Slated to open in the fourth quarter of 2021, Mastro’s Ocean Club will occupy the recently shuttered Grotto location at 9595 Six Pines Dr. Like the Mastro’s Steakhouse at Fertitta’s Post Oak Hotel, the Ocean Club will feature an expansive patio with a water-wall feature and plenty of private dining space.

“We look forward to being in The Woodlands. It’s one of the most special places in America,” Landry’s president and CEO Tilman Fertitta tells CultureMap. “We love it, and for us to do a second Mastro’s, even though it’s an Ocean Club, tells you what we think of The Woodlands. It’s a wonderful area.”

“It’s a little bigger menu that’s expanded where it has a few more seafood dishes.” Later, he adds, “Honestly, most people don’t know the difference when they walk in. They’re seeing the name Mastro’s, and that’s enough.”

Fertitta acquired Mastro’s from a private equity firm in 2013. The Post Oak location opened at the end of 2017. From opening, it’s been one of Houston’s most successful restaurants, regularly drawing celebrities with its see-and-be-seen atmosphere, lively bar scene, and upscale steakhouse fare.

“Mastro’s is probably the most successful steakhouse in every city that it’s in,” Fertitta says. “If it’s not number one, it’s number two. I believe the one in Houston is by far the busiest restaurant [by revenue] in Houston.”

While we had the billionaire restaurateur on the line, we couldn’t resist asking him about the controversy surrounding Steak 48, which recently implemented a $100 per person minimum at its Chicago and Philadelphia locations. Don’t expect to see something similar at Mastro’s or any of Fertitta’s other upscale concepts.

“You’ve got to understand. I operate from the old school. It’s all about the customers and hospitality, and there are no spare customers. How can I do something like that,” he says.

“Sometimes you’re in business, things are going well enough, why am I going to do something like that? That’s just life, and sometimes things don’t go your way, but you can’t put in rules like that. That doesn’t fit me at this stage of my life, but obviously it fit theirs.”