This SF restaurant has a 350-person capacity, but most people don't know it exists

This SF restaurant has a 350-person capacity, but most people don't know it exists 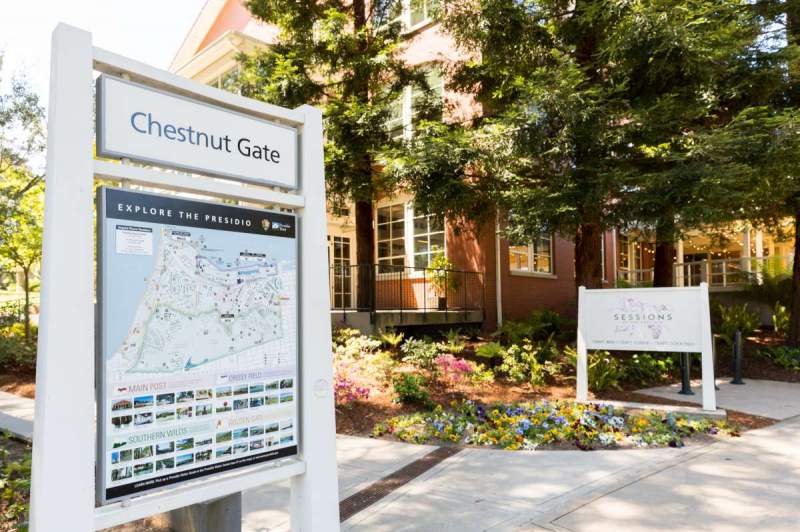 Running a restaurant has plenty of challenges. From slim margins to labor shortages, it’s a tough business — especially during a pandemic. But Sessions at the Presidio, the restaurant hidden on the east side of San Francisco’s national park, faces a few issues that most other restaurants in the city would never experience.

For starters, some people don’t even realize it’s open to the public. Juan Bueno, the director of operations for Skywalker Ranch (which operates the restaurant), said since the space is tucked within the Letterman Digital Arts Center, people will often tentatively walk up to the front door and ask if they’re allowed in.

Some people, on the other hand, pass by them altogether, likely due to the tall wall of eucalyptus trees that obscures the view of the building from the gate at Chestnut and Lyon.

For those that do make it past the gate and into the restaurant, it could be because they’re a George Lucas fan. The campus, which houses the headquarters for Lucasfilm and LucasArts, is always a popular spot for Star Wars enthusiasts to visit — plus, the popular Yoda statue is there.

Since its opening in 2015, the farm-to-table gastropub has always had a unique relationship with Skywalker Ranch, another Lucasfilm workplace in Marin County. Through the working ranch, the restaurant sources many fruits, vegetables, herbs and even olive oil directly from its organic garden to be featured in dishes. Even the burger on the menu uses Wagyu beef from the ranch. 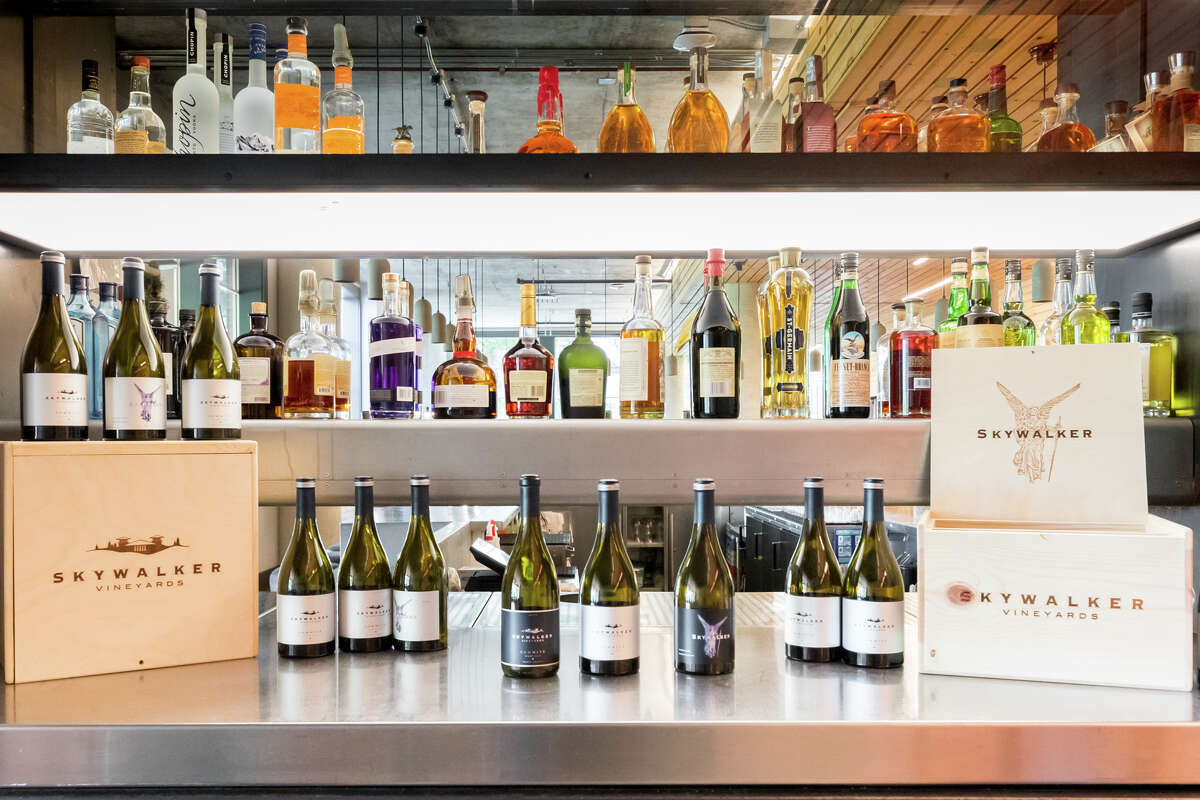 Sessions at the Presidio is also one of just a few Bay Area restaurants that has a wine list featuring Skywalker Vineyards wines.

Popular American gastropub The Sessions is in S.F.'s only national park, the Presidio.

Popular American gastropub The Sessions is in S.F.’s only national park, the Presidio.

While most people know the connection between the famed filmmaker and the restaurant, Bueno said they still have people that see “Skywalker Ranch” on the menu and immediately have plenty of questions for their server. He even said some training on the company and Star Wars are included in the onboarding process for new staff.

Though lately, new staff have been hard to find. As many restaurants and bars across the city rush to hire as pandemic restrictions are lifted, Sessions has been experiencing the hiring hurdles many are facing. Bueno said he thinks it's a combination of so many restaurants trying to hire at once and the added problem that some people left the city permanently during the past year. While they haven’t taken any special measures to hire yet, Bueno said they’ve considered raising pay for workers as an incentive if they need to. “It’s feast or famine,” Bueno said. “We have hours [we need filled] and we are in the same game that I think many other restaurants in the city are of trying to get staffed up and trained so we can be 100% capacity soon. It's very competitive right now.”

If you visit the gastropub during the first week of May, you’ll likely see people dining dressed as their favorite Star Wars characters and commemorative merchandise will be for sale. While most restaurants count Mother’s Day, Valentine’s Day or maybe New Years as their busiest day, Sessions' busiest day of the year is May the Fourth.

Also known as Star Wars Day, this unofficial holiday has been a way to celebrate George Lucas' Star Wars franchise since the pun “May the Fourth be with you” originated sometime after the first movie was released in 1977.

The restaurant embraces it, playing a loop of John Williams music while customers peruse special menus designed for the day, and it even stretches the celebration out for several days surrounding the holiday. This year, the restaurant teamed up with Smuggler’s Cove to offer special tiki drinks crafted by the rum bar and served aptly named cocktails in Star Wars-themed tiki mugs, of course.

It was the second year the restaurant embraced the tiki theme, and Bueno said the day keeps getting more popular every year. “It's a big day for us. We want to be known for it,” Bueno said. “...I think the whole baby Yoda and Mandalorian thing really helped the popularity of it.”

Diners have been steadily increasing in recent months, Bueno said, and he said the restaurant was lucky itnever had to close down completely during the pandemic. Even during the strictest city lockdowns, Sessions stayed open for takeout, both times offering the regular menu at a 50% discount. Bueno said that helped gain more neighborhood business to make up for the workers that were usually nearby that Sessions fed for lunch and happy hour. 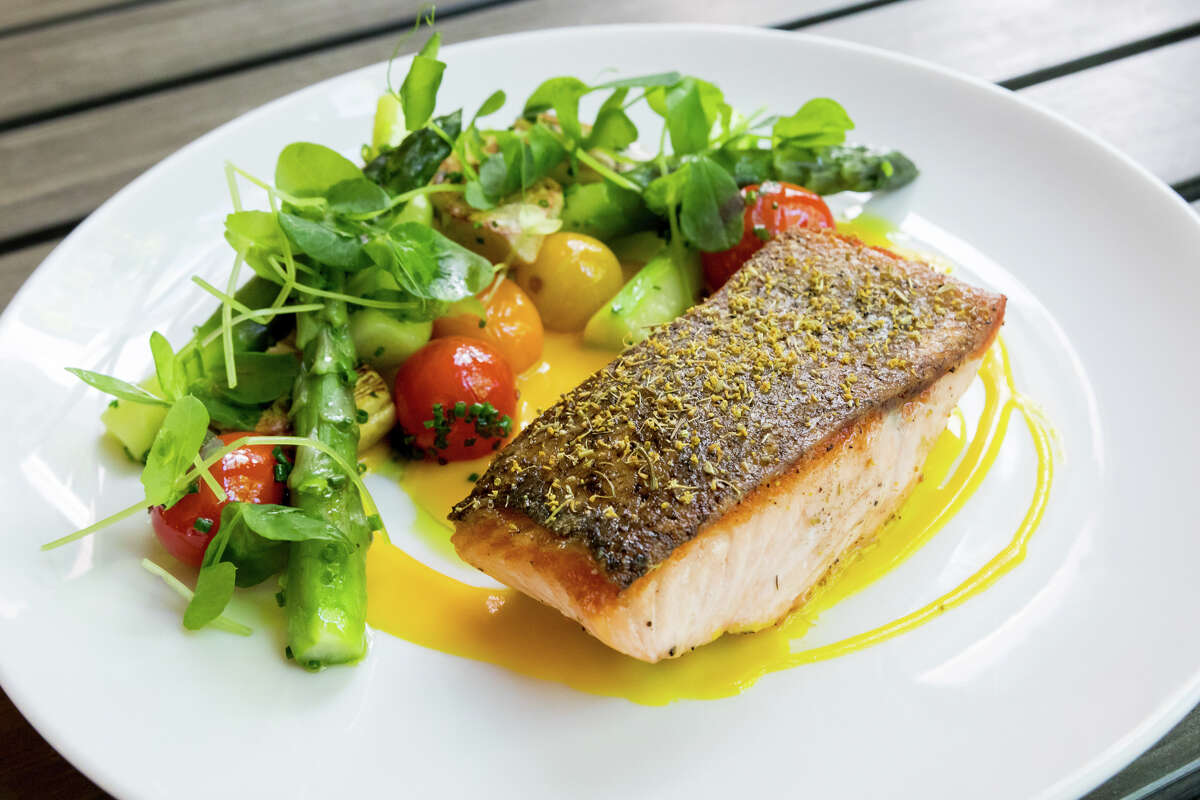 Luckily, it also has a generous patio so it has always been able to accommodate outdoor seating. Bueno said the pandemic allowed them to expand their dinner crowd a bit and he’s looking forward to welcoming back workers as they start returning to campus.

It’s also a very large restaurant. With a capacity of 349 guests, it’s not easy to fill the space on an average day, and the restaurant typically did a big event business pre-pandemic. Now, they’re starting to fill the calendar with these events again, with days filled all the way into January 2022. “I think there’s a lot of pent-up demand and it’s been a long time,” Bueno. “There’s so much opportunity in the future.”

It’s Presidio Month at SFGATE. We’ll be diving deep into the neighborhood for the entirety of May as part of a new series where we’ll be highlighting a different corner of San Francisco every month this year.

Click Here To See More
News Source: www.sfgate.com
This SF restaurant has a 350-person capacity   but most people don't know it exists 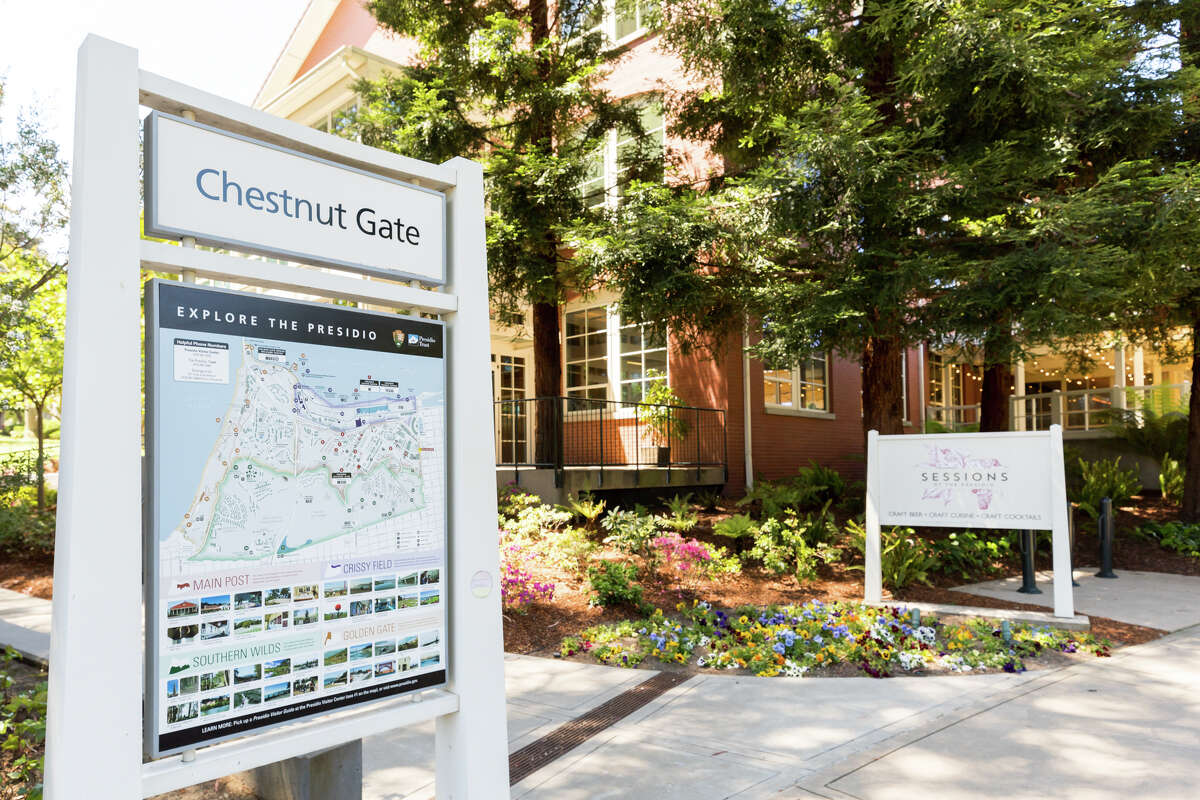 This article has been aggregated from www.sfgate.com and they maybe/are the copyright owners of the same. If you are the Author/Copyright owner of this article and want us to remove the same then send an email to admin@blog.restaurant so that we can delete it immediately. We sincerely regret and apologies for any inconvenience caused to you due to the same. Though it is your decision but please take note that the link to your website and the article have been given above, within and on the bottom of the article.