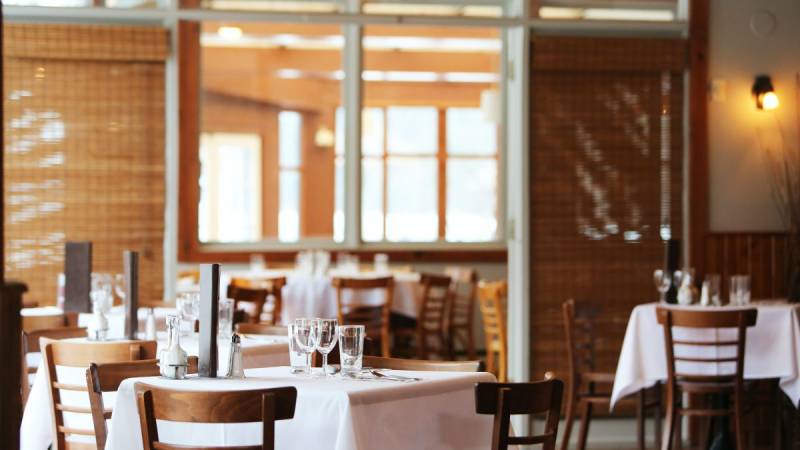 Good day and welcome to the Sprout, where your host hopes everyone had a fabulous weekend. (Some rain in Ottawa would be nice, though!) For those looking to kick off the week with a sweet treat, today is National Strawberry Shortcake Day — perfect, considering my Twitter feed has confirmed many strawberry patches are now ready for picking!

“I really hope they do keep the lower fees because it does help a lot,” Sharon Bond, the owner of Westbank, B.C.’s Kekuli Cafe, told The Canadian Press. “Costs have gone up tremendously.”

Agriculture and Agri-Food Canada has extended the deadline to apply to be part of the National Program Advisory Committee to June 21. You can find more information here.

ICYMI: The Alberta government has streamlined its Canadian Agricultural Partnership (CAP) grant process to make it easier for producers to access grants. You can find more details here.

Meanwhile, members of the legislative assembly in the Northwest Territories have passed a motion calling for the creation of a food security strategy in the region. CBC News has that story.

Pope Francis is demanding food aid be allowed into the war-torn region of Tigray in Northern Ethiopia, where the United Nations has warned more than 350,000 people face famine. The Associated Press has more.

In other hunger-related news: food bank officials in the United States are bracing themselves for a surge in demand after several states started to cut unemployment benefits early. As The Guardian reports, the move to end benefits early by some Republican governors is expected to hit millions of Americans.

Ireland is calling for some sort of middle ground as discussions between the United Kingdom and the European Union on aligning food standards in a post-brexit trade environment continue. Reuters has that story,

The Guardian examines the United Kingdom’s poultry industry — where more than a quarter of the region’s chickens come from three counties.

And a new study has found caffeine might help you feel more focused but, if you caffeine habit is accompanied by sleep deprivation, coffee will not assist with procedural tasks. CBC News reports. 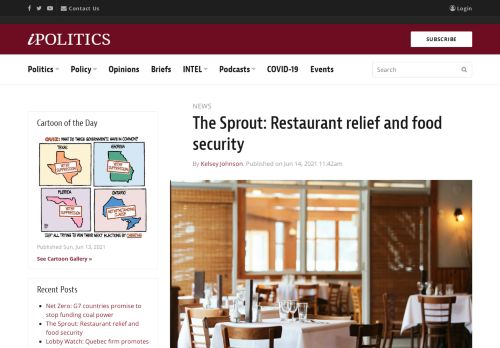 This article has been aggregated from ipolitics.ca and they maybe/are the copyright owners of the same. If you are the Author/Copyright owner of this article and want us to remove the same then send an email to admin@blog.restaurant so that we can delete it immediately. We sincerely regret and apologies for any inconvenience caused to you due to the same. Though it is your decision but please take note that the link to your website and the article have been given above, within and on the bottom of the article.