“The place where my journey began”: Wolfgang Puck to open first restaurant in Austria at Vienna Airport

“The place where my journey began”: Wolfgang Puck to open first restaurant in Austria at Vienna Airport 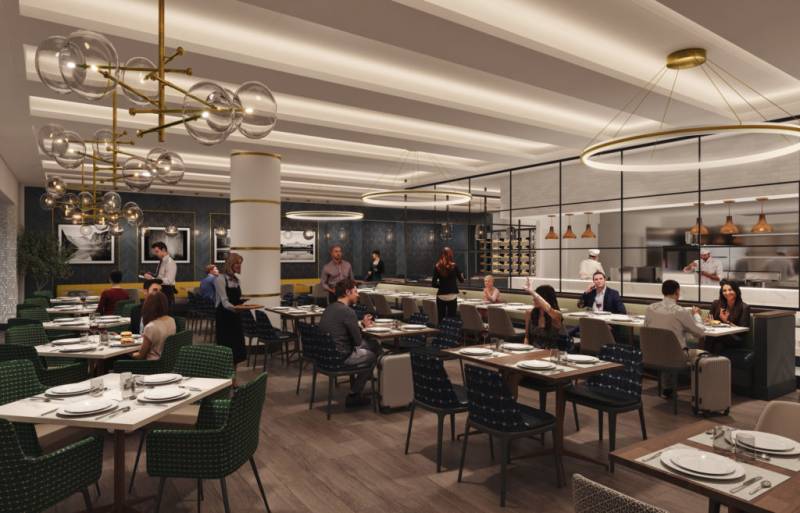 AUSTRIA. Celebrity chef Wolfgang Puck will open his first restaurant in his home country Austria, at Vienna Airport Terminal 3, in partnership with SSP.

The opening will be only the second restaurant in Europe for Wolfgang Puck, who made his name as a celebrity chef in the USA (Image above: Silhouette, Wolfgang Puck Worldwide, Inc; Photo below: Marco Bollinger)

The 700sq m Wolfgang Puck Kitchen & Bar will begin trading in the T3 arrivals hall in December, and will be open to travellers and to the wider public. The menu will include international classics, Austrian cuisine, Wolfgang Puck signature dishes and gourmet pizzas. “I’m very excited to open this small restaurant in the place where my journey began. It’s my hope that everyone enjoys what we have prepared for this new location. It’s quite special to me,” said Wolfgang Puck.

SSP DACH Managing Director Oliver Haub said: “We are very pleased to deepen our close cooperation with Vienna Airport. At the same time, we are very proud to bring on board celebrity chef Wolfgang Puck, a franchise partner who, like no other, stands for high-quality and healthy international cuisine that has its culinary roots in Austria.”

Vienna Airport Joint CEO and COO Julian Jäger said: “With the new restaurant of the international celebrity chef Wolfgang Puck, a bit of Hollywood is moving into Vienna Airport. Here guests will enjoy high-quality cuisine with best ingredients in a modern ambience.

“We are extremely pleased that Wolfgang Puck has chosen the airport to serve as the location for his very first restaurant in his home country. As a result, in collaboration with our longstanding catering partner SSP, the food & beverage offering at Vienna Airport will be further upgraded by a special culinary highlight.”

In his career, Wolfgang Puck has been awarded two Michelin stars, and now operates 100 restaurants from America to Japan. His first restaurant in Europe will open in Budapest in June. His culinary story began in 1982 with Spago in Los Angeles, which remains one of the most popular restaurants in Beverly Hills.

SSP is the largest F&B partner at Vienna Airport. In T3 it runs three Jamie Oliver outlets along with Starbucks and Leberkaspepi. 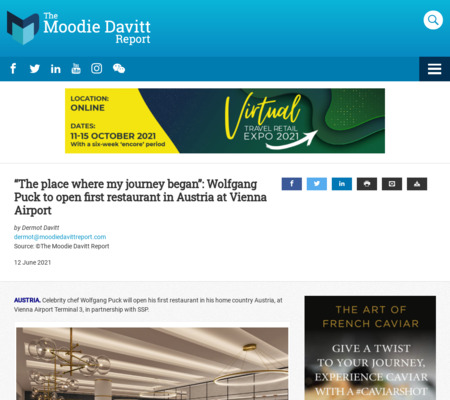 This article has been aggregated from moodiedavittreport.com and they maybe/are the copyright owners of the same. If you are the Author/Copyright owner of this article and want us to remove the same then send an email to admin@blog.restaurant so that we can delete it immediately. We sincerely regret and apologies for any inconvenience caused to you due to the same. Though it is your decision but please take note that the link to your website and the article have been given above, within and on the bottom of the article.