The First-Ever Phoenix Vegan Restaurant Week Is Coming This September

The First-Ever Phoenix Vegan Restaurant Week Is Coming This September 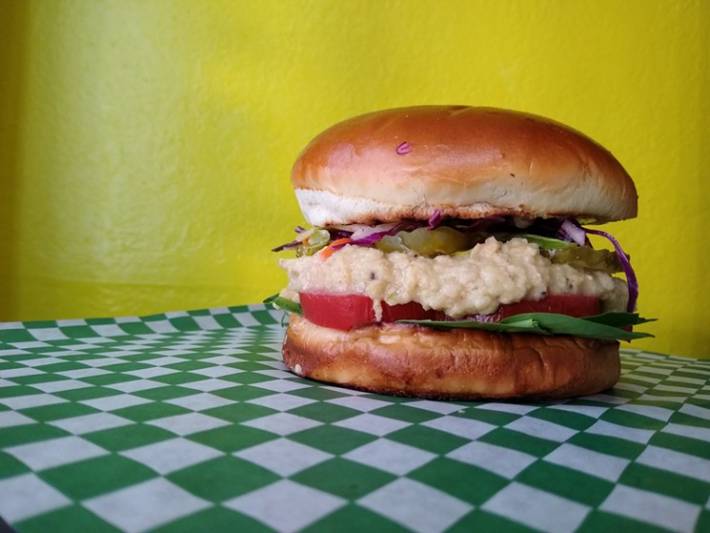 Support the independent voice of Phoenix and help keep the future of New Times free.

Any doubts of the Valley’s vegan scene's strength have been dashed by the announcement of the first-ever Phoenix Vegan Restaurant Week. Less than two weeks after registration opened, more than 25 restaurants have signed on — with more being added every week.

Slated to take place September 12 to 18, Phoenix Vegan Restaurant Week is being organized by Jozh Watson, who runs Phoenix Vegan, and chef Jason Wyrick of Casa Terra in Glendale and the delivery service The Vegan Taste.

The lineup isn’t limited to brick-and-mortar restaurants; it also includes bakers and food trucks like Wok This Way. There’s no limit on the number of food-based businesses that can participate, Watson says, and they’re also working on getting sponsors.

Wyrick says that Casa Terra will not reopen in time to participate, as the fine-dining vegan eatery has been closed since the start of COVID. However, he will be serving dishes from The Vegan Taste at a to-be-determined host location.

“This is an opportunity for those who are vegan-curious to really dive in and have something great at a pretty reasonable price,” Wyrick says. “There’s so many people out there that are curious about vegan food now, but there’s still that fear of, ‘Is it worth it? Is it going to be weird? Is it going to suck?’ And there are going to be so many options for people."

“We know that almost all the vegan and vegetarian restaurants will join us and actually a lot already have, but we want omni restaurants to join it, too, for a couple of reasons,” he says. “One, it promotes veganism across the Valley in a much better way. And it also shows those omni restaurants that they have a vegan clientele and encourages them to offer more vegan options.”

Watson wants to encourage participants to also go beyond the basics that every restaurant offers.

“We don’t want it to be them offering Cobb salad and then some French fries," he says. "It really gives them the opportunity to make a well-thought-out meal or menu items for plant-curious people, people that just might have a meatless day or people that might be vegan or have allergies to certain things."

Prix-fixe dinner and breakfast menus (entrée and drink) and lunch menus (appetizer, entrée, and drink) are capped at $20, and three-course and five-course dinner meals cost $33 and $44, respectively.

For tickets, or to register as a participating eatery, see the Phoenix Vegan Restaurant Week website.

Keep Phoenix New Times Free... Since we started Phoenix New Times, it has been defined as the free, independent voice of Phoenix, and we would like to keep it that way. Offering our readers free access to incisive coverage of local news, food and culture. Producing stories on everything from political scandals to the hottest new bands, with gutsy reporting, stylish writing, and staffers who've won everything from the Society of Professional Journalists' Sigma Delta Chi feature-writing award to the Casey Medal for Meritorious Journalism. But with local journalism's existence under siege and advertising revenue setbacks having a larger impact, it is important now more than ever for us to rally support behind funding our local journalism. You can help by participating in our "I Support" membership program, allowing us to keep covering Phoenix with no paywalls.

Niki D'Andrea has covered subjects including drug culture, women's basketball, pirate radio stations, Scottsdale staycations, and fine wine. She has worked at both New Times and Phoenix Magazine, and is now a freelancer. 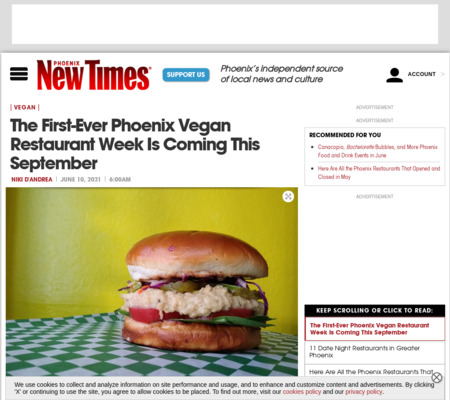 This article has been aggregated from www.phoenixnewtimes.com and they maybe/are the copyright owners of the same. If you are the Author/Copyright owner of this article and want us to remove the same then send an email to admin@blog.restaurant so that we can delete it immediately. We sincerely regret and apologies for any inconvenience caused to you due to the same. Though it is your decision but please take note that the link to your website and the article have been given above, within and on the bottom of the article.