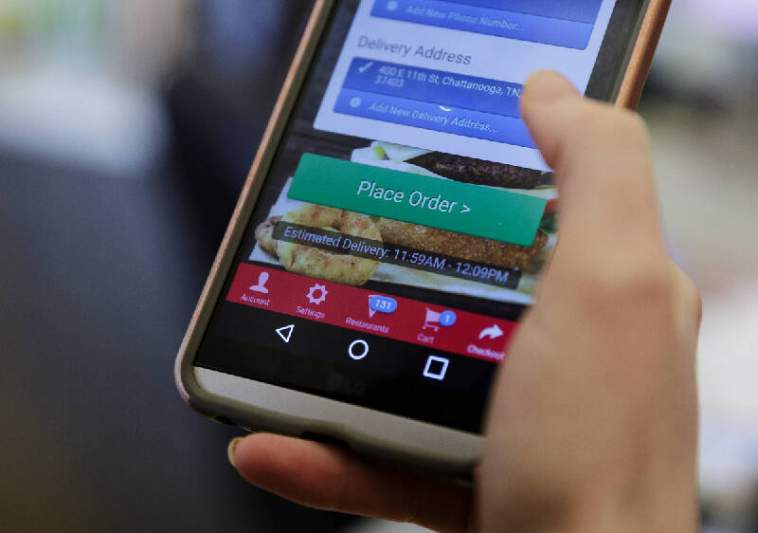 Champy's owner Seth Champion used to only schedule extra people to handle takeout when the weather was bad, which tends to divert diners from the restaurant to the carryout window, he says.

With the past year's forecast cloudy, so to speak, his three restaurants have been flooded with takeout orders. And the trend doesn't show signs of receding.

"People got used to going through the window," he says of the continued deluge, adding, "But dine-in is back 100%. We're just as busy as we've ever been."

The volume of takeout has been so great, Champion changed the kitchen setup at each of his locations.

"We have split our expo lines to where we have one expo line that does nothing but to-go (food) and another for in-house (meals)," he says. "We're essentially running two kitchens now."

That was somewhat easy at his East Ridge location, which he was able to tailor before its opening in the midst of the pandemic. At the Lee Highway and flagship M.L. King Boulevard restaurants, however, "We had to get creative with the space we have," says Champion.

Il Primo operations partner Josh Nason understands the creativity it takes to weather forced closure, reduced capacity and fewer guests eager to dine in-house. While takeout may not have been as big a piece of the pie for Primo as it was for Champy's before the pandemic, equating to only about 10% of the Italian restaurant's business beforehand, catering was something they knew well, Nason says. So they added take-and-bake family meals to the menu.

Called "Sunday Supper," the offering, which includes a family-size salad, entree and dessert, was not only meant to bridge a gap in sales, but also in people's calendars.

" ... During that time, it was like, 'What day is it?'" he says, explaining that Sundays are typically a day looked forward to for a variety of spiritual and social reasons. A day to regroup and reset for the week ahead.

The meals also offered the staff a chance to experiment with new ingredients and dishes. Though in the end, the standard menu's a la carte options proved more popular, says Nason.

"When nothing was normal ... it was the closest thing to normal," he says.

While his restaurant has begun to see an influx of in-person diners and a tapering off of takeout, carryout still represents about 50% of food sales, he says. Many of the more established staff members now serve as the "maitre d" assigned to handle to-go orders, which requires a lot of dexterity to manage the new online ordering system, communicate with the kitchen and make sure orders are ready to go, before delivering them to cars waiting in the five parking places now designated for curbside service — a pandemic-fueled offering which he doesn't expect to go anywhere.

"As with most things in society right now, once you get a taste for on-demand..." muses Dinner Delivered managing partner Josh Weyler, who says his locally based restaurant-meal delivery service is still seeing a 50-60% increase in volume versus pre-pandemic, despite vaccinations ramping up and social restrictions being loosened or lifted.

The simultaneous return to in-person dining has strained the diminished staff of many restaurants, he says. Of the roughly 250 local eateries Weyler partners with — compared to the 150 before the pandemic — several have recently put their new delivery services on hold for the time being as they struggle to keep up and get employees to come back to work.

Still, he says, "What we've heard from restaurants over the past year is how thankful they are to have this option."

This article has been aggregated from www.timesfreepress.com and they maybe/are the copyright owners of the same. If you are the Author/Copyright owner of this article and want us to remove the same then send an email to admin@blog.restaurant so that we can delete it immediately. We sincerely regret and apologies for any inconvenience caused to you due to the same. Though it is your decision but please take note that the link to your website and the article have been given above, within and on the bottom of the article.