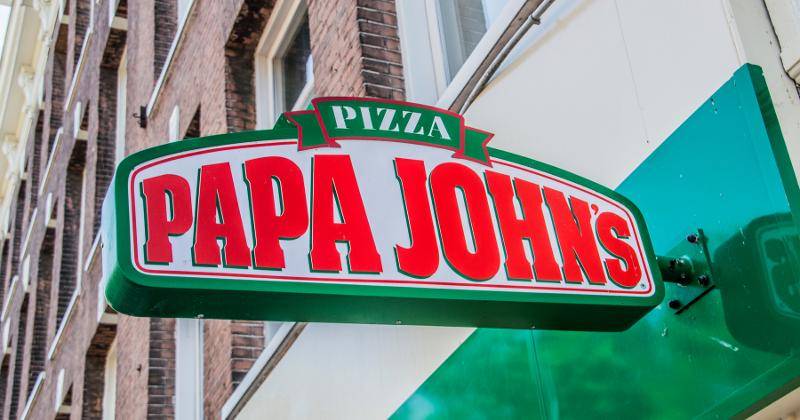 Papa Johns, the Louisville, Ky.-based pizza chain, on Thursday that its same-store sales rose 11.5% in North America in the quarter ended Dec. 26. That’s up more than 29% on a two-year basis. The company also said sales have continued to increase this year.

Some of this is due to the company’s new menu additions. Speaking to investors on Thursday, CEO Rob Lynch gave a lot of credit for the chain’s performance to its premium pizzas. That includes the Epic Stuffed Crust pizza, introduced in December 2020, the Shaqaroni introduced last year and the more recent NY Style Pizza introduced this past December.

What’s more, the company has generally avoided price increases because of the introduction of its premium pizzas and add-on products such as its Papadias sandwiches—though the company did raise prices more recently, executives said.

“In terms of spend levels, our check is up significantly,” Lynch said. “We launched Shaqaroni. We launched Stuffed Crust. We launched New York Style. All those at $12 or $13 nationally promoted price points. Those are 20% to 30% increases in price per pizza. So that’s been a significant driver of our check growth.”

For the company, the sales of those higher-end pizzas give the company confidence that sales will keep increasing. Lynch said that the NY Style Pizza has bested the company’s expectations and that sales were “slightly positive” in January despite tough comparisons and the chain’s labor concerns.

Papa Johns warned customers earlier this month of disruptions due to a lack of workers. The omicron surge left many of the chain’s shops short of workers. On Thursday, Lynch said that the chain’s restaurants were at their lowest staffing levels of the pandemic, which impacted customer service.

Yet those disruptions are easing as omicron infections fade. The company now expects positive same-store sales throughout the year, and that it also expects to protect margins. Investors on Wall Street were concerned that the company didn’t provide detailed guidance for its earnings this year and the stock declined nearly 3%.

Lynch, however, defended the company’s performance. “We’re off to a great start in 2022,” he said. “There’s a ton of confidence here. The staffing issues were temporary, driven by omicron. We’re seeing our cases go away and staffing is coming back quickly.

“We have nothing but confidence in this business right now. We’re lapping the biggest year in company history and are telling everybody we’re going to lap that positively and maintain margins. I don’t think there’s a lot to be upset about with Papa Johns.”

To illustrate Lynch’s point, he said average unit volumes are now $1.1 million for the chain, a strong result for a pizza concept. Just two years ago those unit volumes were $870,000.

“There’s a lot of financial rationale” to expand, Lynch said. “Restaurants are more profitable today than they ever have been. We get approached all the time about selling our company restaurants. There’s a lot of demand.”

Members help make our journalism possible. Become a Restaurant Business member today and unlock exclusive benefits, including unlimited access to all of our content. Sign up here. 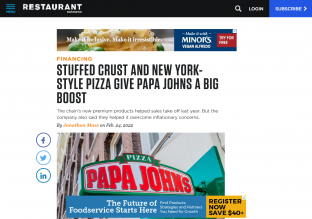