Stroud restaurant customers happy to pick up the bill

Stroud restaurant customers happy to pick up the bill 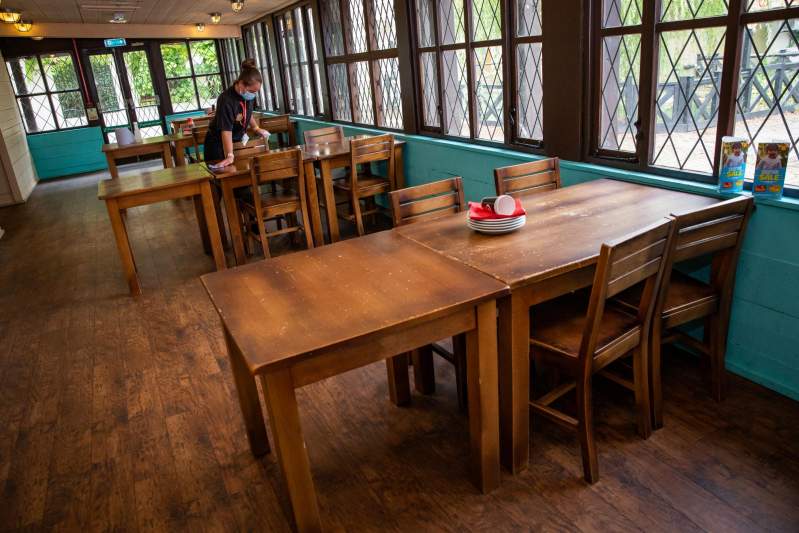 STROUD customers were happy to pick up the bill last week, figures suggest, as spending in restaurants rose when diners were allowed indoors.

But trade body UKHospitality said the end of all social restrictions this summer is critical to get the restaurant industry "off life support", as revenue is still well below pre-pandemic levels.

Banking firm Revolut analysed the data of its 4,000 customers in Stroud in the seven days to May 23, as they sat down inside restaurants and cafes for the first time this year.

Diners spent 67% more over this period than they did the previous week when only outdoor dining was permitted, with one bill coming to a hefty £387.32.

However, spending was still 14% below a normal week in February last year before the pandemic began.

Spending in restaurants and cafes across Great Britain saw a larger fall, of 41%.

Despite reopening, many establishments will be unable to have a full house until June 21, when all legal limits on social contact are due to be lifted in England.

However, Health Secretary Matt Hancock said it is too early to say whether the easing of all restrictions will still go ahead as planned.

"Many restaurants have been permanently lost as a result of the pandemic and there are others that, after months of closure and trading restrictions, have not yet reopened.

"A return to unrestricted trading on June 21 is critical and means hospitality businesses will come off life support and be viable for the first time in almost 16 months, and enable companies to bring more staff back.”

Last week also saw the reopening of many indoor entertainment and cultural venues, including museums, theatres and cinemas – though they too are operating at reduced capacity.

The UK Cinema Association said the opening weekend was the first to see more than a million admissions since March 2020.

Phil Clapp, chief executive, said: "Only around three-quarters of UK cinema sites are now open, with many smaller sites not able to do so viably given the limits that social distancing requirements impose on available capacity.

"The extraordinary number of sold out screenings reported last weekend makes it self-evident that the sooner those restrictions are safe to relax, then the quicker the full recovery of the sector can happen."

Revolut data shows that spending on cultural activities such as cinema trips between May 17-23 was 68% below a normal pre-pandemic week in Britain.

In Stroud, spending was 32% down, with 35-44 year-old women the biggest spenders in the area.

Overall, Stroud residents spent slightly more on all activities over this period than they did the week before, including a 22% rise on transport expenditure.

This article has been aggregated from stroudnewsandjournal.co.uk and they maybe/are the copyright owners of the same. If you are the Author/Copyright owner of this article and want us to remove the same then send an email to admin@blog.restaurant so that we can delete it immediately. We sincerely regret and apologies for any inconvenience caused to you due to the same. Though it is your decision but please take note that the link to your website and the article have been given above, within and on the bottom of the article.