The Tourism Department of Delhi has on Tuesday notified about the termination of the process of granting approvals to standalone restaurants in the national capital. 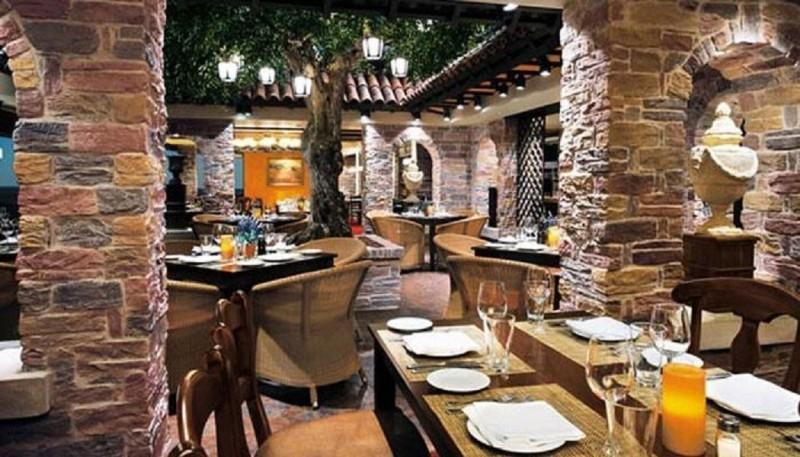 New Delhi: In a major relief to emerging businesses in the food and hospitality industry in the post-Covid era, the Delhi government has now stated that standalone restaurants in the national capital do not need to get a grant of approval from the Department of Tourism anymore.

Operating under the directions of Chief Minister Arvind Kejriwal, the Tourism Department of Delhi has on Tuesday notified about the termination of the process of granting approvals to standalone restaurants in the national capital.

It comes in the wake of a meeting chaired by Kejriwal in October, in which he asked officials to remove roadblocks in ease of doing business for the restaurant industry.

“In terms of decision taken by the Hon'ble Chief Minister, GNCT of Delhi in the meeting dated 07.10.2020 regarding Ease of Doing Business for Restaurants, the Voluntary Scheme of Granting Approval to the Standalone Restaurants being implemented by the Tourism Department, GNCT of Delhi is hereby discontinued with immediate effect,” the order stated.

As per the Delhi government statement, the scheme to grant approvals to restaurants was implemented by the Union Ministry of Tourism on a pan-India basis before June 2003. However, it was discontinued from 30 June 2003 and states were asked to draft their own guidelines.

The scheme was then adopted by the Delhi Department of Tourism the very same year, and it was formally launched in 2004 for all restaurants that had more than 30 seats. Later, the tourism department did several reviews and reconsiderations over the years at the behest of restaurant associations.

However, due to the current unprecedented Covid-driven circumstances, the Chief Minister passed these orders for the removal of the scheme granting approval. 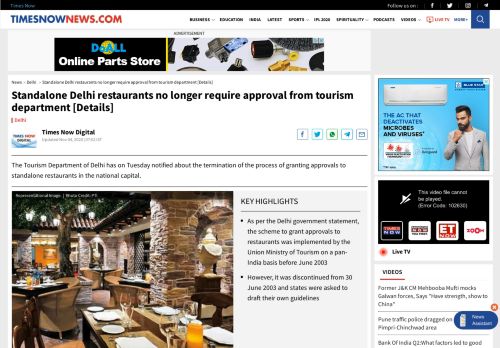 This article has been aggregated from www.timesnownews.com and they maybe/are the copyright owners of the same. If you are the Author/Copyright owner of this article and want us to remove the same then send an email to admin@blog.restaurant so that we can delete it immediately. We sincerely regret and apologies for any inconvenience caused to you due to the same. Though it is your decision but please take note that the link to your website and the article have been given above, within and on the bottom of the article.