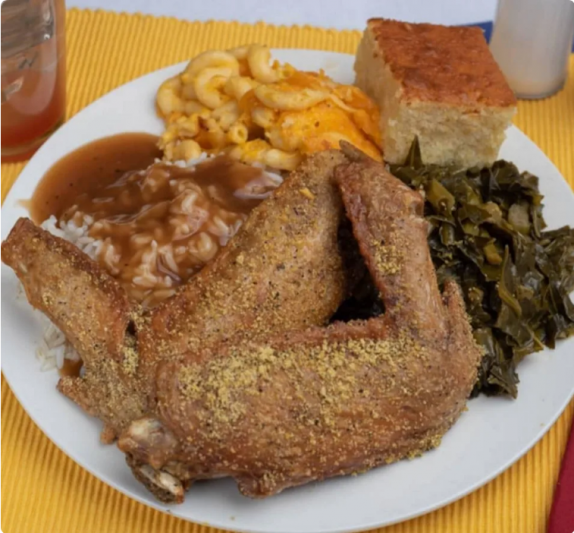 Esther is the name of McDuffie’s great-grandmother, who would have turned 101 years old on Aug. 12, 2021, when Esther’s Soul Food and Kitchen plans to open at the Village at Sandhill shopping center.

Both men stayed in the kitchen and developed recipes that were never written down, just passed down.

The restaurant will be in the former Panera Bread building at 631 Promenade Place. Esther’s will be a new adaptation of Conklin’s former restaurant, Capital City Kitchen and Grill at 2732 Decker Blvd., and his coffee shop, Cream and Sugar Coffeehouse and Bagels, in Columbia Place Mall.

“You want to have a full-service coffee shop? You want to have live entertainment? It’s just going to be a new wave of dining experiences— we call it luxury on a budget,” said McDuffie.

McDuffie, who was a contestant on ”Hell’s Kitchen” with Gordan Ramsey and was known for “potato-gate” on his season, said the restaurant might even see a few celebrities popping in because of his history as a celebrity chef. McDuffie’s one-time plans to be a chef in Los Angeles changed during 2020 because of the COVID-19 pandemic, so he decided to partner with Conklin to create Esther’s in Columbia.

The Philadelphia native will bring authentic hoagies to the menu, while Conklin will contribute Southern soul food. Indoor and outdoor seating will be available at the restaurant.

“COVID pretty much changed everybody’s business model, and I just thought it’d be a great fit to bring something fresh, something new, the North versus the South,” Conklin said.

From April until August, the restaurant will be closed for renovations. Esther’s is hiring for front-of-house and kitchen positions. To apply, email your resume to getsocial@capitalcitykitchenandgrill.com.

This article has been aggregated from sports.yahoo.com and they maybe/are the copyright owners of the same. If you are the Author/Copyright owner of this article and want us to remove the same then send an email to admin@blog.restaurant so that we can delete it immediately. We sincerely regret and apologies for any inconvenience caused to you due to the same. Though it is your decision but please take note that the link to your website and the article have been given above, within and on the bottom of the article.