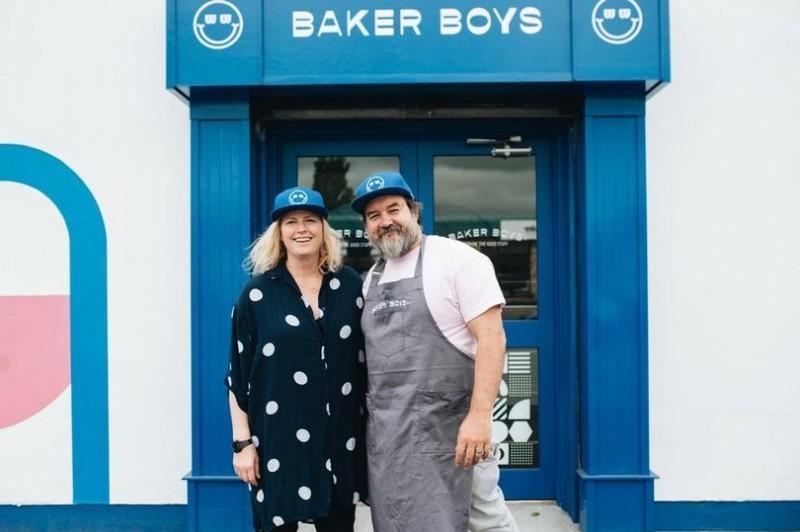 Jane and Myles Lamberth run Shells Cafe in popular surfing spot Strandhill, Sligo. Their latest venture is Baker Boys deli and bakery. They live, work and surf in Sligo with their two children.

They're not very glamorous! My Dad used to do a lot of the cooking. And it was usually like a burnt lamb chop and overcooked broccoli and potatoes.

It was a very sort of traditional household. No sauces... That's kind of what I remember a lot.

Then we'd go on our family holidays. I remember having duck for the first time in a hotel in Kerry. And it was a real revelation! It was like, 'Wow'.

If we were out, we never really ordered two of the same thing from the menu. And there was never any pressure, if you didn't like something. I was always very grateful for that.

Person who taught me to cook

It was really Myles who introduced me to cooking at home. I've always loved eating out, and the idea of going to nice restaurants to try something new.

Both my parents worked, so it was a busy household, and not much attention was paid to food.

But I always had, I suppose, a craving, to have more interesting food and ingredients. I always wanted something more exciting at home.

Really, when I met Myles, my interest in cooking started. We'd have our date night and get gorgeous ingredients and be cooking meals.

We were always kind of excited by the idea of cooking at home and what we could produce. He opened my eyes to what you could create in your own kitchen. Jane's food philosophy: "It's all about the flavour"

A very simple homemade pasta with a homemade pesto. It’s also something to do with the kids.

You're making up the pasta, you're rolling it out. So they're involved, and watching it. You're making an occasion out of a meal.

If we have time, that's what we love to do with the kids to try and involve them. It's a gorgeous simple meal if you have the right quality ingredients and loads of fresh basil and that.

We picked up a pasta maker for our supper club. They're cheap and cheerful, and we actually get loads of use out of it!

We were in this coastal resort in southern France, and we had so much seafood! It came out tiered, like an afternoon tea.

There was just crab claws and oysters and crustaceans... It was just really in your face! It was so gorgeous, and it's really rough eating – you're pulling apart the food with your hands, sipping on gorgeous wine...

For us, it was just gorgeous. Just so authentic, and everything was local from that bay, as well. It was everything... the atmosphere and it was so rustic. There were no frills in this restaurant.

It was so hands on and fresh. Both of us are surfers, so we love the ocean and anything to do with it. It really captured everything that we love.

I like going to a place where you can be a little bit challenged, and where you can trust the chef. So if there's something you're not sure about, you're going to give it a go because it's going to be done in the best possible way.

I love everything about it. The style is gorgeous, the intimacy, the staff are brilliant... they know their wines.

I feel like you could bring anyone there and you couldn't fault the food. It's just really lovely. I love that you get lots of little plates as well, and you can explore.

Most unique dish I've ever tried

Oh God... It was actually these mopane worms in Africa.

Myself and Myles were travelling together for about five or six years before we settled down in Sligo.

We worked for an overland touring company in South Africa. He used to be the guide, and I was his assistant.

We travelled all the way from Cape Town up to Zimbabwe. There was cooking on the side of the road. We'd stop at different places and camp most of the time.

One time anyway, worms were the delicacy and I couldn't actually finish them. I was trying to be polite, putting my hands over my face and chewing them.

They were cooked with a crispy shell. I mean, I'd give most things a go, but that just finished me off. I couldn't go through with it!

A couple of years ago, we were invited to take part in Turkfest. It's a small festival on Inishturk (tiny island off the coast of Mayo).

We were asked if we would do a lamb spit – less a barbecue and more of a smoked dish.

In theory, we were catering for maybe 80 to 100 people on this island. We'd never done that type of cooking before. We had to get a metal, crucifix-style spit, and we had a whole lamb from the local farmers.

On the day, we lit up the spit ourselves on the beach. We were lucky the weather was great. Playing with the smoke, the heat, the height and just rotating and basing this lamb all day.

The thing about it was there was no test run. So there was so much that could have gone wrong, and we were catering for a lot of people.

The reward was the setting. We were on this beautiful little bay on Inishturk and the weather was stunning.

I'm actually embarrassed to say it's a burger! I absolutely love burgers. I just think you can't beat them. It would have to be the best home minced burger, with all the trimmings.

For us, it always comes down to exceeding expectations. We always try and do a simple dish, but done really well.

So if we have a sandwich on our menu, we'll make the bread ourselves. We'll make the sauce and we'll roast the meat for it.

It's just treating food and our bodies with a bit of respect. We don't buy in finished products. So it's really creating everything. We have some lovely suppliers in our area. You have to do very little to food that has been treated with respect.

It's a simple menu, but when you're eating, the flavour is there: It's all about the flavour. 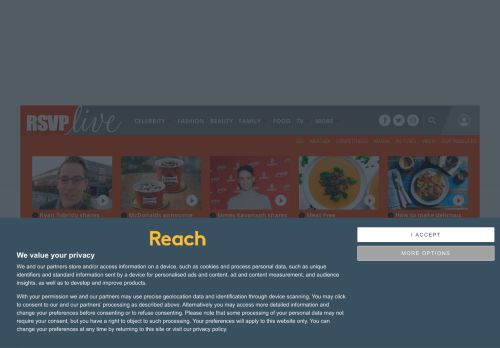 This article has been aggregated from www.rsvplive.ie and they maybe/are the copyright owners of the same. If you are the Author/Copyright owner of this article and want us to remove the same then send an email to admin@blog.restaurant so that we can delete it immediately. We sincerely regret and apologies for any inconvenience caused to you due to the same. Though it is your decision but please take note that the link to your website and the article have been given above, within and on the bottom of the article.