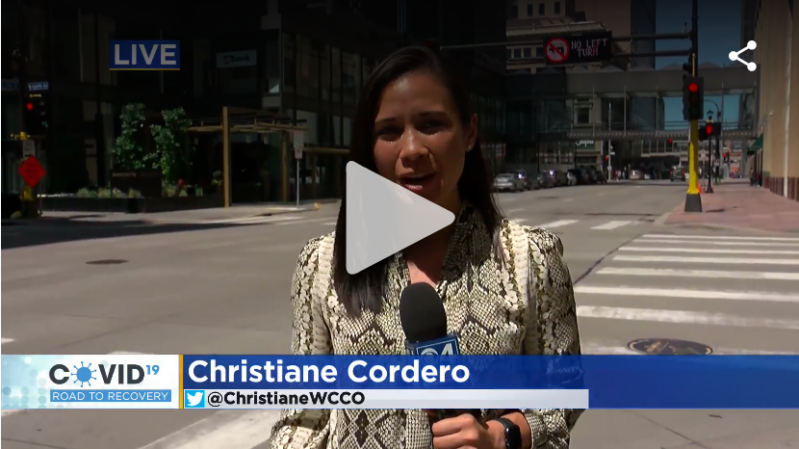 MINNEAPOLIS (WCCO) – Many employees who had been working from home for the past year are back in the office.

In downtown Minneapolis, the buzz is starting to pick back up, as Tuesday is one of three return-to-office waves set for the summer. Roughly 300 restaurants and retail businesses are open, according to the downtown council.

“Even last week we were probably doing 120-130 orders, so it’s certainly picking up,” said Sara Popma, an employee at Sushi Takatsu.

Though the restaurant took a two-week pause in March of 2020, they’ve spent this past year serving anyone willing to visit the skyway location in the Baker Center. Before the pandemic, they were averaging 250-300 orders a day.

It dropped to about 30 orders a day during stretches last year. Sushi Takatsu was the only restaurant open in the Baker Center for a while, mostly feeding construction workers and people who would go into the office once every few weeks.

Popma said she was scared and thought she might lose her job when things looked bleak. But now, she’s feeling optimistic.

“Instead of sitting around and waiting for people to walk by now we’ve got a line again and people are starting to notice, which is great. Makes the line even longer,” she said.

Downtown council says about a quarter of the downtown workforce is back in person.

This article has been aggregated from minnesota.cbslocal.com and they maybe/are the copyright owners of the same. If you are the Author/Copyright owner of this article and want us to remove the same then send an email to admin@blog.restaurant so that we can delete it immediately. We sincerely regret and apologies for any inconvenience caused to you due to the same. Though it is your decision but please take note that the link to your website and the article have been given above, within and on the bottom of the article.