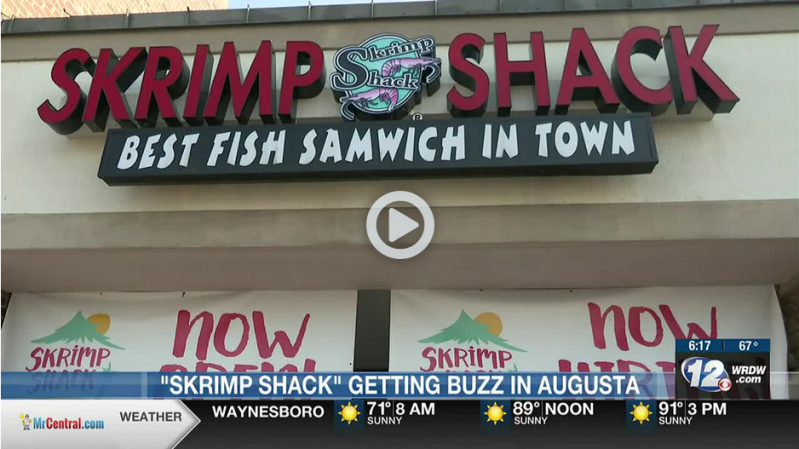 AUGUSTA, Ga. (WRDW/WAGT) - There’s a new restaurant in town making a splash. Skrimp Shack has been open for about three weeks now and the food is what’s keeping people coming back.

“These are our fryers; this is where all the magic happens,” Brandon Dotson, Skrimp Shack franchisee said. “We are very big on customer service. That’s what differentiates us from everyone else I believe.”

It’s more than just magic. It’s what people in Augusta have been raving about. Skrimp Shack is offering something people just can’t resist.

“We have the fattest fish sandwich that you can ever possibly find on this side of heaven, and I mean that,” Dotson said.

And not just fish sandwiches, but the juiciest and biggest shrimp you can find, the freshest fish in the sea.

And of course, the banana pudding.

What started in Brandon Dotson’s hometown of Virginia quickly made its way farther down south. And you’re probably wondering where the name came from

Well, let’s just say the original founders didn’t have a hard time with that part.

“They were on the back of some building frying shrimp. People would come to the back of the line and say, ‘Are ya’ll selling skrimp today?’”

So, the main ingredient causing all of this?

“I have to ask, I know you probably won’t be able to tell me but what makes it so good, what’s the secret ingredient?” I asked.

“You know what I’m glad you said I probably won’t be able to tell you, but the secret ingredient, in all honesty, I just think it’s love,” Dotson said.

Well, that will probably never be revealed, but one thing is for sure is you won’t leave hungry. They won’t let you.

“Food is the most common denominator amongst people. I don’t care what your race is, what your creed is, your gender. At the end of the day, we all get hungry, and we all have to eat,” Dotson said.

Skrimp Shack is located in the strip mall on Windsor Spring Road near the Food Lion.

Dotson says they sell over 100 banana puddings a day. He says they will eventually start selling tilapia because it’s in high demand.

This article has been aggregated from www.wrdw.com and they maybe/are the copyright owners of the same. If you are the Author/Copyright owner of this article and want us to remove the same then send an email to admin@blog.restaurant so that we can delete it immediately. We sincerely regret and apologies for any inconvenience caused to you due to the same. Though it is your decision but please take note that the link to your website and the article have been given above, within and on the bottom of the article.