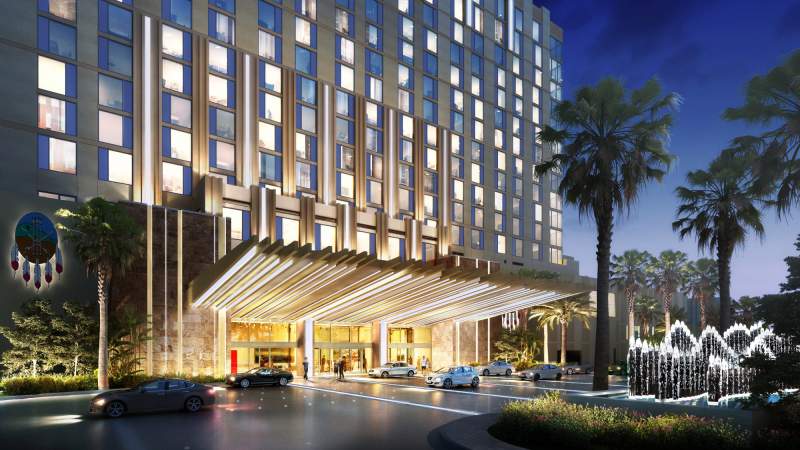 The first phase of San Manuel Casino’s expansion will open in July with a larger gaming floor, a new high limit room, a new restaurant and three new shops.

The $550 million expansion, which began construction in 2018, is the San Manuel Band of Mission Indians’ largest since the current casino facility opened in Highland in 2005. Future phases include a 17-story hotel opening later this year and a 2,800-seat events center in early 2022.

Casino officials shared new details about the first phase of the expansion, including how the gaming floor will change, what the resort’s new high-limit room will look like and what kind of merchandise the casino’s new retail shops will offer.

As part of the expansion, there will be two new floors of expanded gaming space, bringing the casino’s total to 270,000 square feet once complete. San Manuel will add 1,300 new slot machines — for a total of more than 6,500 — as well as an additional 40 table games.

Adjacent to the hotel elevators will be The Enclave, San Manuel’s fifth high limit room, following Lotus 8, The Vault and the High Limit Tables and High Limit Slots rooms.

The space will be smaller relative to the other high limit rooms and more exclusive, General Manager Peter Arceo said. It will have eight table games, 35 standalone slots and 11 bar top slots. There will be two private rooms for players who want more seclusion.

Located on the former site of citrus orchards will be Serrano Vista Café, San Manuel’s 24-hour restaurant that will serve American comfort foods with a California twist. Dishes will incorporate common California ingredients such as avocado and citrus and much of the produce and meat will be locally sourced from area farms, Arceo said.

Citrus will not only play a role in the dishes, but also in the restaurant’s design.

“You’ll see hints of what an orchard would look like with the leaves and the trees and the color scheme really ties it up,” Arceo said.

Arceo said Cache & Carry was inspired by pop-up events San Manuel held where retailers were invited to sell their wares. He said certain categories of items were popular with shoppers.

“They responded really well in those categories of luxury tech and travel so much so that we said we’re going to dedicate an entire store to that,” he said.

This rendering shows what the planned Serrano Vista Café at San Manuel Casino in Highland will look like. The 24-hour restaurant will be one of several new amenities to come online at the casino in July in the first phase of a multiphase expansion. (Courtesy of San Manuel Casino)

This rendering shows what the entrance to San Manuel’s hotel will look like when it’s completed in late 2021. The casino’s multimillion dollar, multiphase expansion is currently underway. (Courtesy of San Manuel Casino)

This rendering shows what San Manuel Casino’s hotel lobby will look like when it’s completed in late 2021. The casino is currently in the midst of its multimillion dollar expansion. (Courtesy of San Manuel Casino)

The gaming floor, 24-hour restaurant and shops make up the first phase of of San Manuel’s expansion, with a planned opening date of July.

Opening sometime later will be a fine dining concept on the second floor, but more specific details are still under wraps.

The casino is actively planning out details on the second and third phases and what those might look like, too.

For example, the pool area will have its own destination restaurant, Arceo said.

“You rarely go to a place and people go, ‘Well I want to go to the restaurant at the pool,’” he said. “I can tell you, when we’re done completing our food and beverage program design and menu, it’s going to be a destination. “

Before the expansion opens, San Manuel is working to hire more staff. The casino opened an off-site recruitment center at the Ontario Mills shopping center Friday, April 30, as part of an effort to hire thousands of employees for the expansion.

Correction: An earlier version of this story misstated the number of stories the hotel will have. It will have 17. 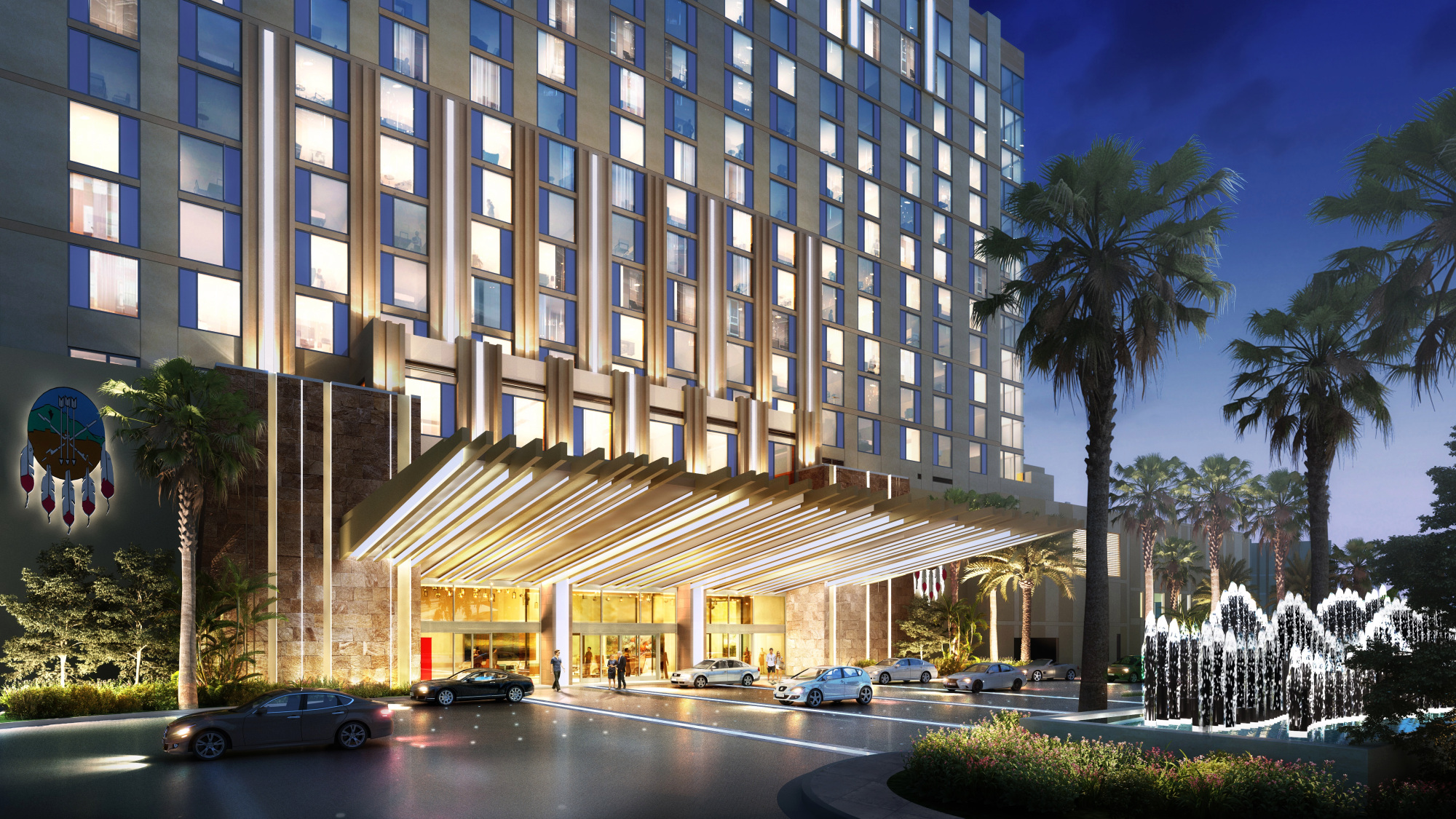 This article has been aggregated from www.dailynews.com and they maybe/are the copyright owners of the same. If you are the Author/Copyright owner of this article and want us to remove the same then send an email to admin@blog.restaurant so that we can delete it immediately. We sincerely regret and apologies for any inconvenience caused to you due to the same. Though it is your decision but please take note that the link to your website and the article have been given above, within and on the bottom of the article.