Kasey Fox Kasey Fox is a passionate writer with origins and aspirations in creative writing who has found a new voice in the exciting world of entertainment reporting.... 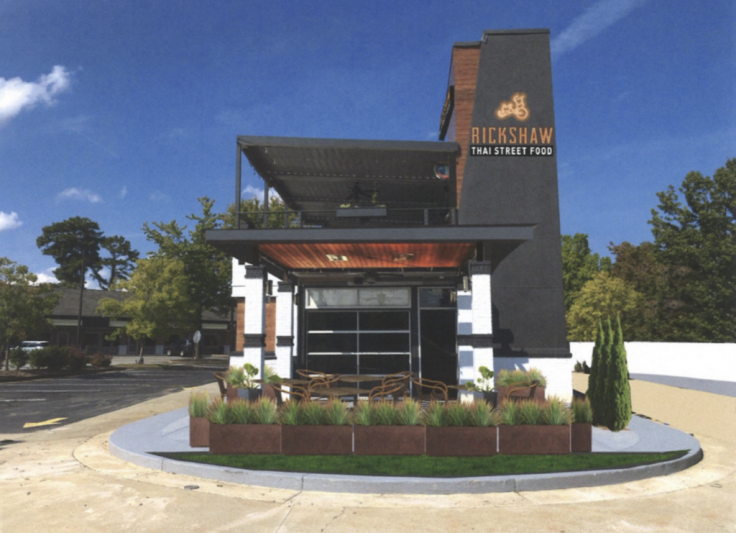 A new establishment doing business as Rickshaw Thai Street Food is opening up on 1495 Alpharetta Hwy, where Twisted Taco stood from 2017 to Jan. 2020, according to the Atlanta Business Chronicle. Twisted Taco currently operates a full-fledged restaurant at 115 Glynn St S. in Fayetteville and locations at four different Georgia universities, along with other college locations across the country. Previously, Twisted Taco ran restaurants in Johns Creek and Suwanee, but those have also shuttered.

Rickshaw Thai Street Food’s online presence is notably scant, with only a Facebook page up that currently has two follows and a single update from July 24 that reads: “Coming soon!” Since then, the only information to arise regarding this opening came in the form of public hearings. First, a request to present itself before the Alpharetta Design Commission on Nov. 20.

These details to be presented include the future aesthetic of Twisted Taco’s old space, which entails a color scheme of grays and whites with cedar wood accents. What Now Atlanta (WNA) was also able to find out about a liquor license request hearing attended by Paul Yuwachit, who represented Rickshaw Thai Street Food — a finding that confirmed the projected opening of Jan. 2021. WNA reached out to Yuwachit, who did not immediately respond. 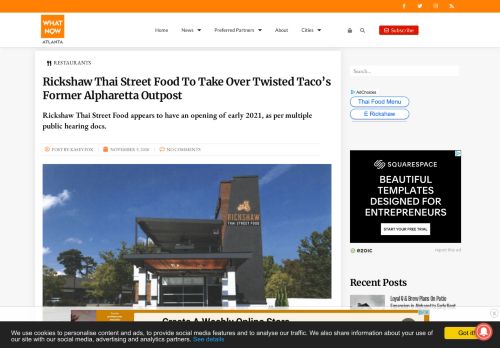 This article has been aggregated from whatnowatlanta.com and they maybe/are the copyright owners of the same. If you are the Author/Copyright owner of this article and want us to remove the same then send an email to admin@blog.restaurant so that we can delete it immediately. We sincerely regret and apologies for any inconvenience caused to you due to the same. Though it is your decision but please take note that the link to your website and the article have been given above, within and on the bottom of the article.