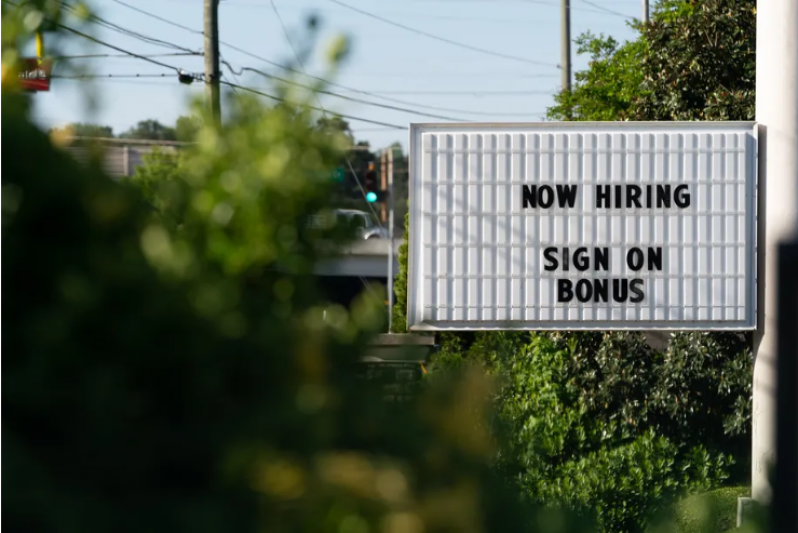 As restaurant capacities across the country increase, so does their need for staff. But what many restaurant employers have characterized as a restaurant labor shortage is ongoing. The root of the issue is twofold: There are now many, many jobs to be filled and, more impactfully, many restaurant workers are deciding that a return to restaurant work simply isn’t worth it.

Restaurant worker advocates like Saru Jayaraman, president of One Fair Wage, an organization fighting to abolish the tipped minimum wage, are hoping the difficulties of the past year will encourage restaurants to make long-term changes to how they operate. On the Eater’s Digest podcast, Jayaraman noted that she’s already seen some restaurants raise wages both in response to either the murder of George Floyd (“they didn’t want to perpetuate the sub-minimum wage as a legacy of slavery and a source of racial inequity”) or the increased harassment many servers have experienced during the pandemic. But such acknowledgment of the untenability of restaurant work is far from widespread. And in recent weeks, it seems many restaurants have set their sights on shorter-term solutions to the staffing problem, attempting to lure workers back with one-time incentives, including signing or retention bonuses and in the shortest of short-term, free food.

Applebee’s declared May 17 National Hiring Day in an effort to fill more than 10,000 roles across the country, a response to a recent record demand: The chain “achieved two of its highest-volume months ever in March and April,” according to FSR, which must have felt an especially remarkable feat for the workers at the understaffed restaurants. To do so, it launched a program called “Apps for Apps,” in which any applicant who was offered an interview received a voucher for a free appetizer at Applebee’s.

Signing and retention bonuses are more common. According to CT Post, cooks at some Connecticut Applebee’s locations were also offered a $50 bonus after the first week and $150 after 90 days. The New York Post reported that select, though unnamed, Stephen Starr restaurants are handing out $300 signing bonuses in what Starr described as a “clever [way] to entice people.” In New York City, the Mermaid Inn is offering $500 bonuses to servers hired at its four locations, paid out after three months of “satisfactory employment.” At Portland, Oregon chain McMenamin’s, which is hiring for a variety of positions, including servers and bartenders, just the newly hired line cooks and kitchen managers are eligible for a $1,000 bonus after 90 days of employment.

Cuba Libre Restaurant & Rum Bar is hoping a host of incentives will encourage people to apply for over 60 available hourly restaurant and nightlife roles. Money is one part of those incentives, including a $250 welcome bonus and $600 referral bonuses, which, according to a press release, new employees can receive in the form of cryptocurrency. But Cuba Libre is also advertising that its hires will have access to a tuition reimbursement program, specifically for a finance course at UDC Community College, and free Spanish or English language classes in order to, as Cuba Libre co-founder Barry Gutin puts it, “improve communication among staff and guests, encourage applicants of all ethnicities to apply and unlock advancement opportunities for recent immigrants.”

Tuition reimbursement and even healthcare are perks offered at other restaurant groups, including McMenamin’s and Applebee’s, but it’s the promise of a quick reward that restaurants seemingly hope will obscure the realities of working during a pandemic that is indeed ongoing. Unfortunately, as the New York Post found in April, it doesn’t appear to be working. After a month, a St. Petersberg, Florida restaurant group advertisement for $200 signing bonuses and potential raises after 90 days failed to attract candidates; and a Tampa, Florida McDonald’s manager lamented that his offer to pay people $50 to interview got no response, not even from “anyone trying to scam us.”

Even before COVID-19 made restaurant work inherently unsafe, abuse was endemic to the restaurant industry: As the pandemic has laid bare, restaurant workers consistently faced harassment and untenable hours for low wages, all without a safety net in the form of benefits or career advancement. Perhaps job seekers are still not lining up because a $50 interview bonus will not protect against customer harassment; $1,000 after three months won’t pay for childcare; and free mozzarella sticks are not at all equivalent to affordable health insurance. As one restaurant employee told Eater back in March, the real incentivizing will be to ensure restaurant workers, post-pandemic, feel secure: “What can we do to make it so the people who provide food are not constantly, no matter how much they work, on the thinnest ice in the world?”

This article has been aggregated from www.eater.com and they maybe/are the copyright owners of the same. If you are the Author/Copyright owner of this article and want us to remove the same then send an email to admin@blog.restaurant so that we can delete it immediately. We sincerely regret and apologies for any inconvenience caused to you due to the same. Though it is your decision but please take note that the link to your website and the article have been given above, within and on the bottom of the article.