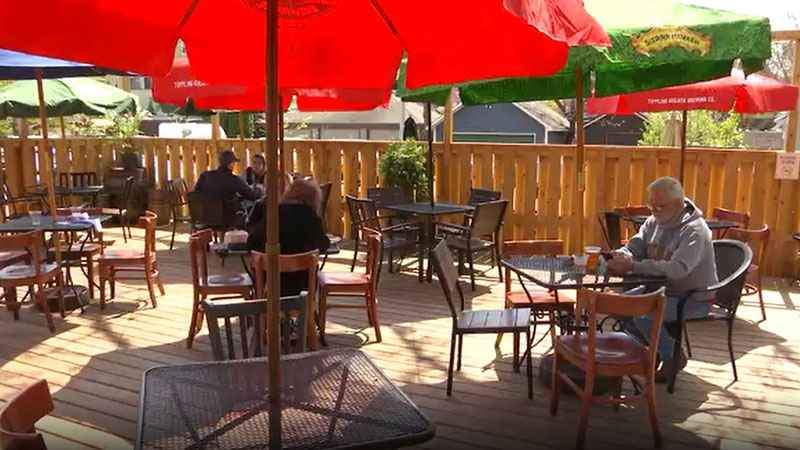 "I literally reflected back on his press conference when he said, 'We need a couple weeks and we're going to get control of this.' I don't think any of us would ever have imagined that here we are, 15 months later," said Brian Ingram, owner of Purpose-Driven Restaurants in St. Paul.

Walz plan to end most COVID restrictions by end of May, mask mandate by July 1

He said his businesses have lost millions of dollars due to pandemic-related restrictions.

"The fact that our business is even still here and was able to make it through is a blessing on its own," Ingram said.

He said being able to stay open past 11 p.m. is a "lifeline" for bar owners, even if it requires a sudden shift in schedules and staffing.

"Yeah, it'll be a quick pivot but one thing we've learned is how to pivot through all of this," Ingram said.

"I keep going back to that analogy of walking through the desert and you see the rain clouds and that's how it feels," Fhima said. "People are still hesitant to come out  […]  so knowing that the capacity going to be at 100 percent, just the optic of that, and vaccinations are hopefully getting up to 70 percent is going to be huge for our volume in the upcoming months and into 2022."

In the theater district, there is still a 2019-2020 season sign up outside of the Orpheum. Stages have been dark during the pandemic.

"It means a lot for the community on two levels," said Mark Nerenhausen, CEO Hennepin Theatre Trust. "It means a lot in terms of business because we're very aware that what happens in the Hennepin Theater District helps create over 100 million dollars of economic impact. It's not just our theaters opening, it's the restaurants, it's the hotels, it's tourism that also are driven by that."

He said it also brings the return of a shared experience through the arts.

Minnesota wedding venues are also celebrating the relaxing of restrictions.

Kellerman's Event Center in White Bear Lake said they had 60 weddings scheduled last year but more than half of them canceled.

"Some of them went to Wisconsin because they're open, Iowa's open. They've been jumping borders to do their weddings quite a bit. We lost a bunch that way," said owner Terry Kellerman. "So this is going to help us a lot."

Kellerman noted the easing of restrictions comes at the perfect time since it is the start of wedding season.

5 EYEWITNESS NEWS also spoke with restaurant customers Thursday, who said they are cautiously optimistic about a "return to normal."

"It's a change and it really makes you appreciate what you had and what might be again," James Otis in St. Paul said.

This article has been aggregated from kstp.com and they maybe/are the copyright owners of the same. If you are the Author/Copyright owner of this article and want us to remove the same then send an email to admin@blog.restaurant so that we can delete it immediately. We sincerely regret and apologies for any inconvenience caused to you due to the same. Though it is your decision but please take note that the link to your website and the article have been given above, within and on the bottom of the article.