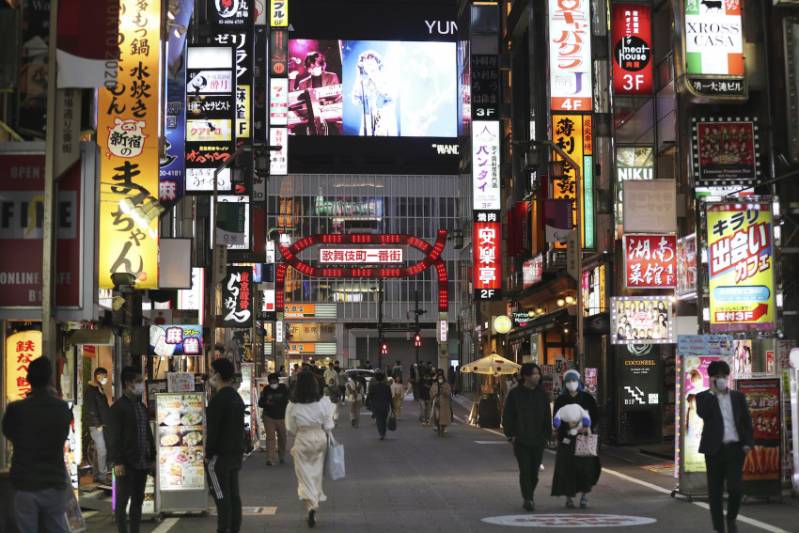 Owners of restaurants and bars in Tokyo, as well as the prefectures of Kyoto and Okinawa, have expressed worries after they were added by the government on Friday to the list of areas subject to stricter anti-virus measures.

Amid a sharp rebound in infections, the governors of Tokyo and the two prefectures were granted the authority to order establishments serving food and alcohol in targeted areas to close by 8 p.m. and impose a fine of up to 200,000 yen for noncompliance.

"Atmosphere usually starts to warm up around 8 p.m. but we have to close the door by then," said a 26-year-old manager of an izakaya pub near the capital's bustling JR Ikebukuro Station.

"Damage will be big, even if it is just one hour difference," he said before the new steps that take effect on Monday and last through May 11 for Tokyo.

Closing hours of such establishments in Tokyo were just extended by one hour with the lifting of the second state of emergency at midnight on March 21.

A 32-year-old manager of another izakaya criticized the central and local governments' handling of the pandemic, saying it seems they are just reacting to situations without a clear vision.

"I want the governments to take drastic measures," he said.

"Until we put infections under control, we have to cooperate with the request to shorten business hours," she said.

However, the 48-year-old also added, "We need to prepare for it beforehand. I hope they will disclose their plans as early as possible."

Similar opinions were heard at restaurants and bars in Kyoto.

"We were pinning our hope on the Golden Week holidays (from late April)," said Yoshiko Murata, a 77-year-old female manager of an izakaya in Kyoto.

In Okinawa, April to May is a traditional season for people to pay respect to their ancestors.

"I think it will be scaled down," said Sachie Sonan, a 65-year-old resident who runs a sweet shop in Naha. 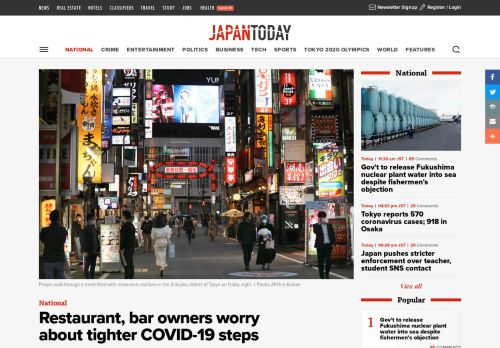 This article has been aggregated from japantoday.com and they maybe/are the copyright owners of the same. If you are the Author/Copyright owner of this article and want us to remove the same then send an email to admin@blog.restaurant so that we can delete it immediately. We sincerely regret and apologies for any inconvenience caused to you due to the same. Though it is your decision but please take note that the link to your website and the article have been given above, within and on the bottom of the article.