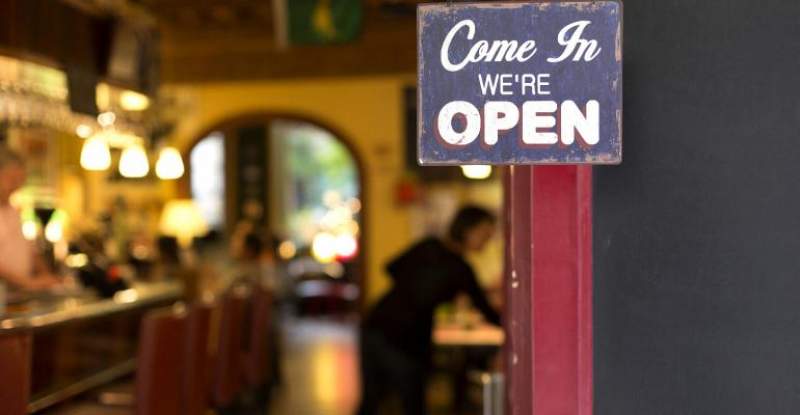 Several states and local municipalities have begun easing restrictions on restaurant dining as new COVID-19 cases have declined in those areas, while others have moved to tighten restrictions as positive cases trended in the opposite direction.

The Centers for Disease Control and Prevention this week also issued new interim recommendations for people who are fully vaccinated, saying it is safe to dine unmasked outdoors with members of multiple households.  The CDC cautioned, however, that even fully vaccinated individuals should take precautions in indoor public settings, and in certain crowded outdoor settings and venues, by wearing a mask.

Some states, including Louisiana and Pennsylvania, followed suit by lifting some mask restrictions.

In Louisiana, Gov. John Bel Edwards on Tuesday said the state’s mask mandate would be lifted for certain businesses, including restaurants and bars. However, he continued to recommend wearing masks indoors and in crowded outdoor settings, noting this was especially important for people who have not been vaccinated.

Here’s a roundup of moves by other states and cities:

In Oregon, 15 counties have been moved into the “extreme risk” category due to increasing hospitalizations. Restaurants in those counties, which include Multnomah, where Portland is, will have to shut down indoor dining beginning April 30.

The Oregon Restaurant & Lodging Association protested the announcement of the new restrictions by Gov. Kate Brown, saying that no “superspreader” events had been linked to the restaurant industry in the state since the start of the pandemic more than a year ago.

“Restaurants are taking the necessary precautions to ensure the safety of their employees and customers dining indoors,” said Jason Brandt, president and CEO of the ORLA. “It is impossible to run a restaurant two weeks at a time let alone one week at a time, which is now Governor Brown’s plan for the coming weeks.”

The state meanwhile did expand outdoor dining capacity to 100 customers, from a previous limit of 50, but that will provide minimal benefit for most restaurants, the ORLA said, especially given the upcoming Mother’s Day holiday.

“The industry desperately needs their No. 1 sales day coming up on Sunday, May 9,” said Brandt. “Indoor dining restrictions for a second Mother’s Day in a row would be the ultimate blow to our local restaurants struggling to survive.”

In neighboring Washington, Gov. Jay Inslee earlier this month moved three counties into the more restrictive “Phase 2” of reopening, which requires businesses to reduce indoor capacity to 25%, from 50%. The move affected Cowlitz, Pierce and Whitman counties.

This week, state health officials in Washington warned that King County, home of Seattle, and Snohomish County both could be moved back into Phase 2 next week.

Earlier this month, Michigan Gov. Gretchen Whitmer asked residents to voluntarily avoid dining indoors at restaurants as that state has seen a huge spike in COVID cased during the past several weeks. She also called for the suspension of youth sports and in-person school learning, and warned that stricter measures were “not off the table.”

“Support your local restaurants by choosing outdoor dining or carry-out,” her office said in a statement of safety recommendations.

“Restaurant operators have done an extraordinary job of maintaining a safe and sanitized environment for guests and employees alike since reopening in February and it shows in the data,” the MRLA said in a statement. “While Michigan is experiencing an unfortunate surge that has fashioned nearly 1,000 new and ongoing COVID-19 outbreak investigations, an insignificant 0.3% of those investigations involved restaurant patrons.”

Beginning May 7, Philadelphia will expand indoor dining capacity to 50%, from 25%. Businesses that meet the city’s “enhanced ventilation standards” will be able to open up at 75% of capacity, up from the current level of 50%.

In addition, the limit for number of customers per table will be raised to six, from four.

In Washington, D.C., Mayor Muriel Bowser announced that some dining restrictions will ease beginning May 1, although indoor dining capacity remains capped at 25%, according to the Restaurant Association of Metropolitan Washington.

Under the new guidelines, D.C. restaurants can seat 10 people per table, up from six, and live music will be allowed outdoors at restaurants. In addition, alcohol sales to customers sitting outside will be permitted without a food purchase.

Also, beginning May 3, seating at bars will be allowed in New York City, consistent with guidance that is in effect statewide.

“We thank the state for listening to our request for a reopening plan, bringing New York in line with many of our neighbors,” said Melissa Fleischut, president and CEO of the New York State Restaurant Association. “With vaccinations going up and positivity rates going down, the hospitality industry can set our sights on rebounding this spring and summer as we scratch and claw our way back to profitability, which for many has seemed impossible.”

• Connecticut to nix almost all restrictions

In neighboring Connecticut, Gov. Ned Lamont announced plans to lift all of the state’s restaurant restrictions by May 19, with the exception of certain mask requirements.

Some restrictions will be lifted on May 1, including moving the curfew for restaurants back one hour, to 12 a.m. midnight, and the eight-people-per-table limit will be lifted for outdoor dining only. Bars that do not serve food will also open for outdoor service. 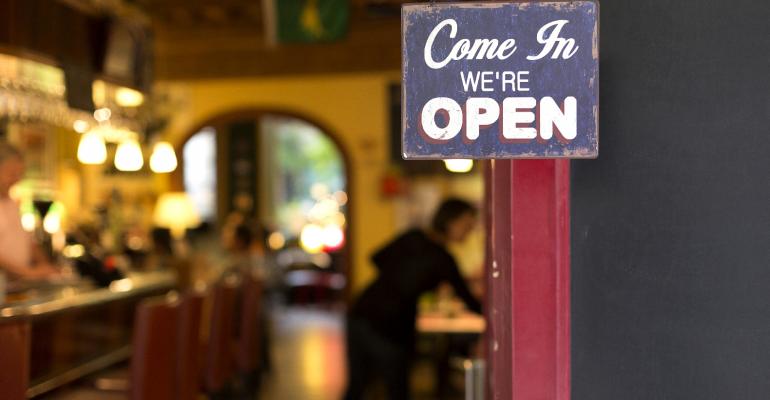 This article has been aggregated from www.nrn.com and they maybe/are the copyright owners of the same. If you are the Author/Copyright owner of this article and want us to remove the same then send an email to admin@blog.restaurant so that we can delete it immediately. We sincerely regret and apologies for any inconvenience caused to you due to the same. Though it is your decision but please take note that the link to your website and the article have been given above, within and on the bottom of the article.