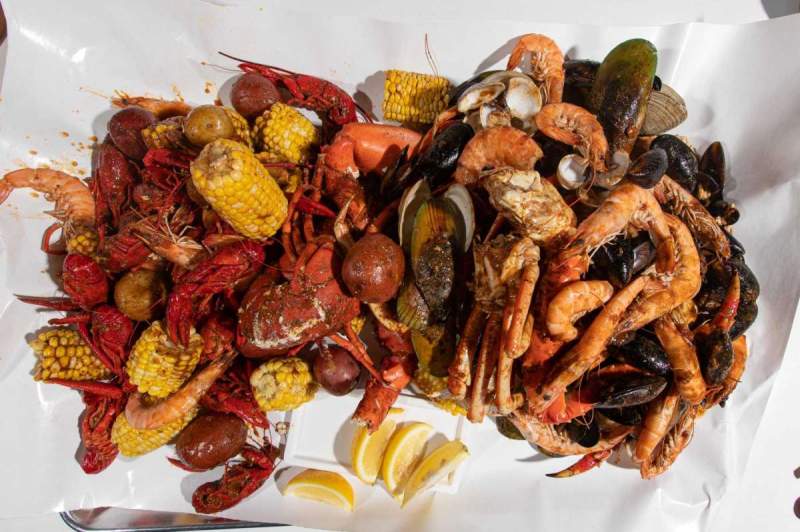 Red Hook Seafood Boil celebrates its grand opening June 10 in South Norwalk, offering Cajun-style seafood boils and a full bar. The new restaurant, with a nautical motif, is at 19 North Water Street, directly across from the Maritime Aquarium.

The boils, the main attraction of the menu, start with your choice of seafood, including lobster, clams, mussels, shrimp and crab legs in half-pound or whole pound portions. Customize your meal by choosing a sauce, with a range of spice levels, and then sides.

The cooked-to-order boil arrives at the table in a plastic bag. Go ahead and eat with your hands, since plastic bibs and gloves are provided for the messy meal. The menu also features salads, sandwiches, burgers and even ramen, made with the broth of the boils. A vegetarian boil option is also available.

The restaurant comes from Ockyheon Byeon, who is also the owner of the RoundK coffee brand in New York City. The team also features chef Ben Wang and general manager Spencer Wawak, who also serves as beverage manager.

“With nicer weather upon us and people able to more safely dine together, I’m looking forward to introducing lower Fairfield County to Cajun-inspired seafood boils, where the goal is to gather, eat and have a good time,” Byeon said in a press release.

The bar, specializing in Japanese whiskey, will offer beer, wine, nautically-inspired cocktails and custom milkshakes, as well as drinks integrating coffee from RoundK.

“My goal for our restaurant is to become a fun, delicious and inviting gathering place for families with children visiting the Aquarium, co-workers over lunch and friends looking to grab a late night drink,” said Byeon.

Future plans for Red Hook include a brunch menu, grab-and-go options and catering, both on and off-site.

Other seafood boil restaurants have popped up around Connecticut in recent months, including Crab du Jour at the Connecticut Post Mall in Milford, which also has an express version in Bridgeport and two more sit-down restaurants planned for Hamden and Manchester. SoNo Boil opened recently on Washington Street in Norwalk, and More Than Just Lobster opened a second location in downtown Hartford this month, joining its original restaurant in New Britain.

Red Hook Seafood Boil will be open Monday to Wednesday from noon to 10 p.m., Thursday, noon to midnight, Friday and Saturday, 11 a.m. to midnight and Sunday from 11 a.m. to 10 p.m. 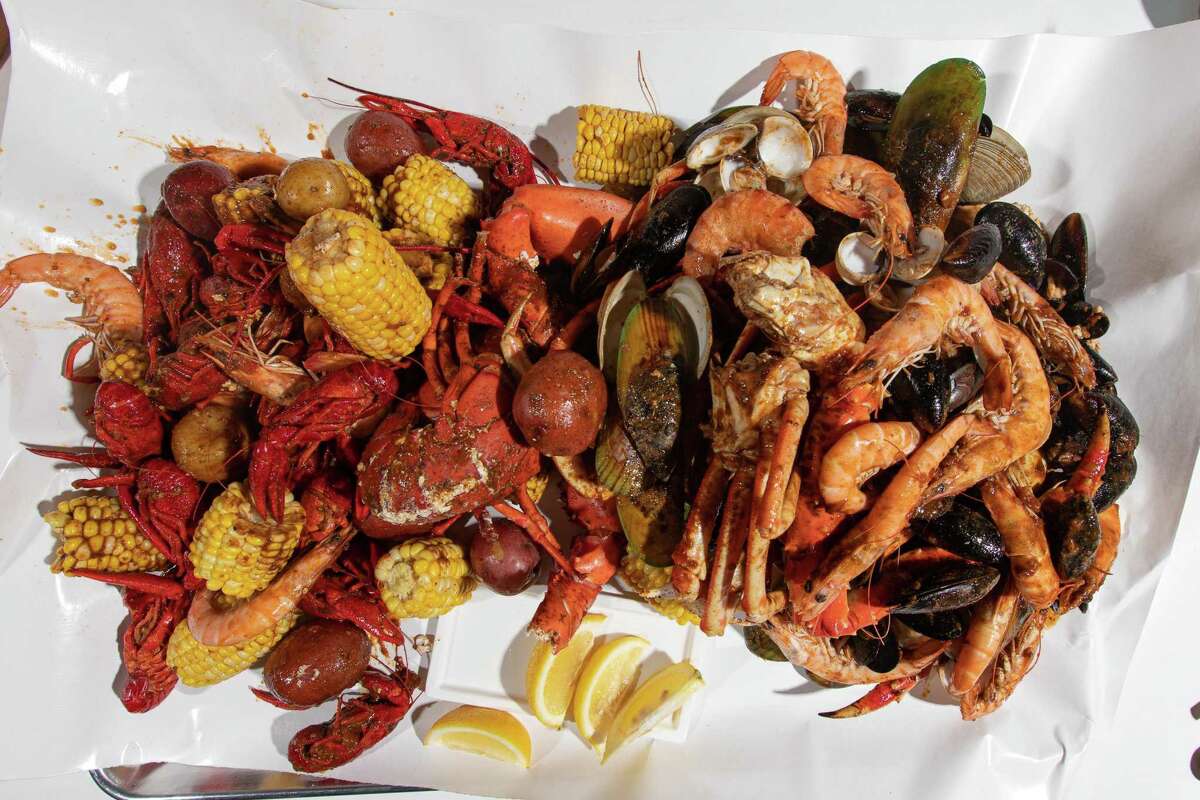 This article has been aggregated from www.ctpost.com and they maybe/are the copyright owners of the same. If you are the Author/Copyright owner of this article and want us to remove the same then send an email to admin@blog.restaurant so that we can delete it immediately. We sincerely regret and apologies for any inconvenience caused to you due to the same. Though it is your decision but please take note that the link to your website and the article have been given above, within and on the bottom of the article.