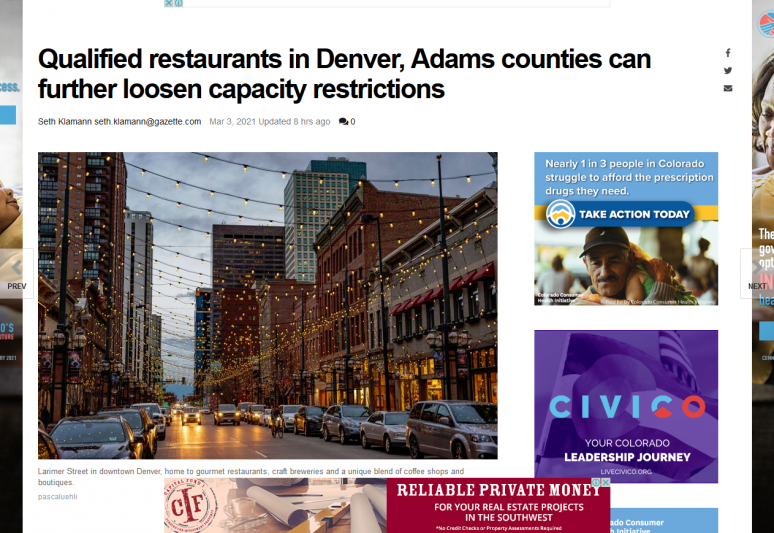 Businesses in Denver and Adams counties that qualify for looser restrictions can further open up, officials said Wednesday, thanks to the state hitting vaccination targets.

The loosened restrictions apply to those restaurants and other public-facing businesses that have previously been approved for the Five Star Program. Officials for the two counties announced the changes Wednesday morning.

Denver officials said in a statement that the capacity limits can be expanded because the state successfully inoculated 70% of its 70-and-older population.

Gov. Jared Polis announced Tuesday that the target was met over the weekend.

The rest of Denver remains under tighter COVID restrictions.

The city needs to maintain lower levels of COVID spread for a week before it can be given more latitude.

Officials said last week that Denver had missed on that target by one day.

This article has been aggregated from www.coloradopolitics.com and they maybe/are the copyright owners of the same. If you are the Author/Copyright owner of this article and want us to remove the same then send an email to admin@blog.restaurant so that we can delete it immediately. We sincerely regret and apologies for any inconvenience caused to you due to the same. Though it is your decision but please take note that the link to your website and the article have been given above, within and on the bottom of the article.