Providence restaurant owner with COVID is fighting for his life

Providence restaurant owner with COVID is fighting for his life 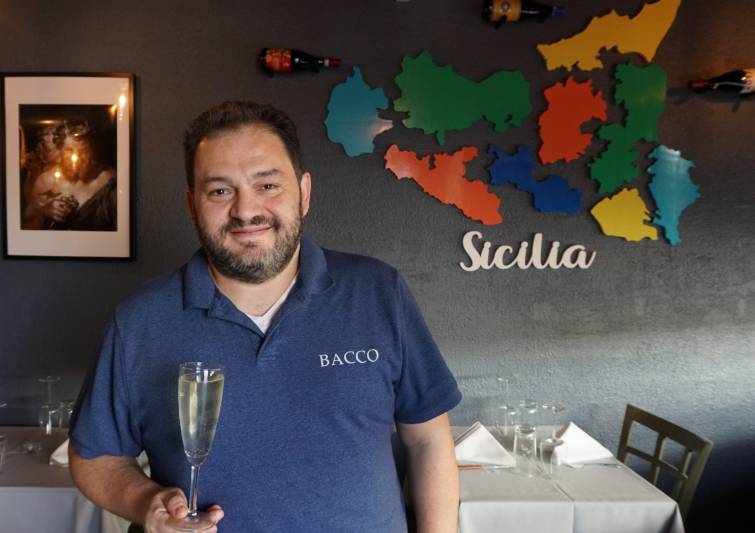 Armando Bisceglia, the affable owner of Bacco Vino & Contorni, is breathing with the help of a ventilator as he fights COVID-19.

While his family, friends and patrons remain optimistic, his condition is quite serious after nine days in Rhode Island Hospital, said his friend Rick Simone who is also executive director of the Federal Hill Commerce Association.

In February, Bacco made Yelp's Top 100 Places to Eat in 2021 at No. 97. The restaurant had just celebrated its first anniversary. Bisceglia operated the entire year in a pandemic economy.

Bisceglia, who was born in Naples, Italy, is a graduate of Johnson & Wales University. He as the manager of Zooma Trattoria when he left to open Bacco. The restaurant's Southern Italian cuisine features many Bisceglia family recipes. Bisceglia likes to say welcoming diners into his restaurant is the same as having them in his home.

A GoFundMe account to "Help Amando Bisceglia Beat Covid" has been set up by friends to help with medical expenses. His wife Gabriela Reyes is currently running Bacco with the help of staff.

This article has been aggregated from providencejournal.com and they maybe/are the copyright owners of the same. If you are the Author/Copyright owner of this article and want us to remove the same then send an email to admin@blog.restaurant so that we can delete it immediately. We sincerely regret and apologies for any inconvenience caused to you due to the same. Though it is your decision but please take note that the link to your website and the article have been given above, within and on the bottom of the article.