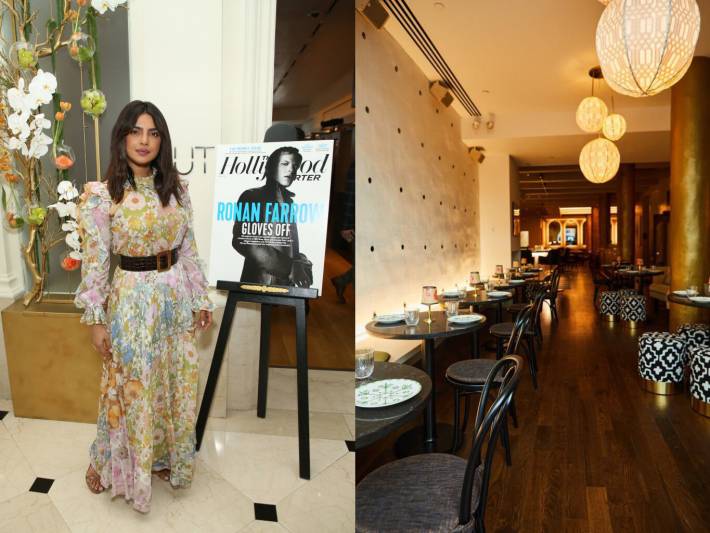 If you are in the mood for some playful but lip-smacking Indian food comprising dishes such as spiced tequila and avocado golgappa shots, or Calcutta mutton cutlet, or tamarind barbeque lamb chops, or black spiced roast chicken feast, then head over to Sona, Indian actress Priyanka Chopra’s new restaurant in New York City.

The restaurant opened for the public March 26. Its kitchen is helmed by Indian American chef/restaurateur/author Hari Nayak.

“What started as a simple craving for great Indian food has become this labor of love, and I can’t wait to welcome you all in, & for you to experience timeless India in the heart of NYC!” Chopra tweeted alongside a bunch of photos spotlighting the food and the glamorous interiors.

She thanked everyone who made this restaurant possible, also revealing that it was her husband Nick Jonas who came up with the name for the restaurant.

“This has been a team effort all the way... from the many many menu deliberations, food tastings, and decor decisions with @maneeshkgoyal, @davidrabin8, Chef @harinayak, and @mabowersinc, to landing on the perfect name, all thanks to @nickjonas - yes! Hubby came up with the name at an early tasting with the team, as Sona means ‘gold,’ and he had heard that word in India, well...A LOT, throughout our wedding!” she wrote.

“I’m devastated I’m not there to celebrate, but I’m definitely there in heart and spirit...and on FaceTime,” Chopra, who is filming in London, added.

Restaurateur Maneesh Goyal, who has collaborated with Chopra on the project, shared a video on Instagram in which he is giving a tour of the new eatery.

Chopra has also introduced an exquisite private dining room called ‘Mimi’s,’ which is her nickname. The name might sound familiar to many fans since Priyanka’s cousin and actress Parineeti Chopra often refers to her as ‘Mimi didi’ in her online interactions.

Earlier this month, while announcing her new restaurant, Chopra wrote on Instagram: “Sona is the very embodiment of timeless India and the flavors I grew up with.”

Some of the other dishes that feature on the menu include gruyere cheese dosa with edamame arbi mash, coconut and roasted tomato chutney; India House’s butter chicken with charcoal-smoked chicken tikka and tomato gravy; and feta malai kebab with tandoor roasted chicken, tomato kachumber, mint.

Dessert comes in a range of varieties, from coconut kheer to Sona chocolate gateaux to chenna cheesecakes. 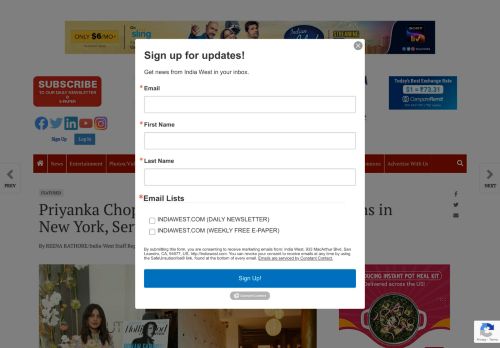 This article has been aggregated from www.indiawest.com and they maybe/are the copyright owners of the same. If you are the Author/Copyright owner of this article and want us to remove the same then send an email to admin@blog.restaurant so that we can delete it immediately. We sincerely regret and apologies for any inconvenience caused to you due to the same. Though it is your decision but please take note that the link to your website and the article have been given above, within and on the bottom of the article.