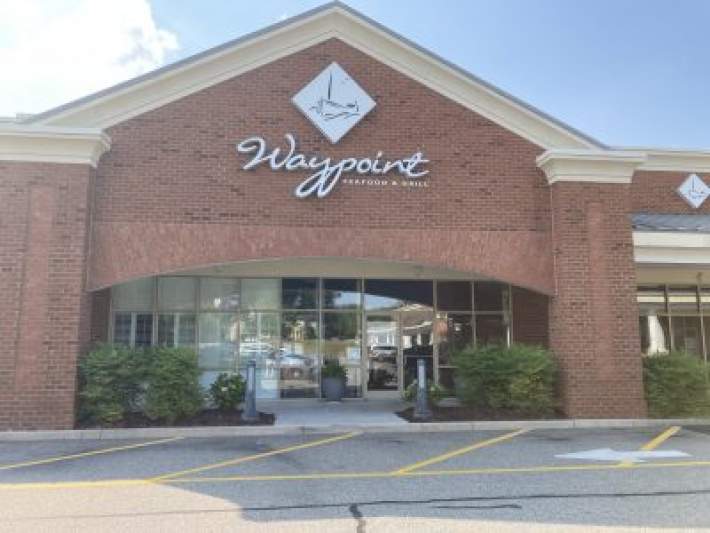 WILLIAMSBURG — Waypoint Seafood & Grill, a popular fine dining restaurant located at 1480 Quarterpath Rd., has unexpectedly closed for business, according to a sign posted on the door of the establishment.

Just after noon on Tuesday, May 25, the restaurant’s executive chef, Hans J. Schadler, and his daughter, Tina Schadler-Phillips, posted on Waypoint’s Facebook and Instagram pages that they were moving on from the establishment.

“We, Chef Hans Schadler and Tina Schadler-Phillips, will be moving on from Waypoint Seafood & Grill this month and leaving the restaurant in the hands of one of our former partners,” the post said.

The post did not give an exact date as to when the father-daughter team would be leaving. It also did not indicate that there would be any disruption in restaurants operations.

Sign posted on Waypoint’s door on Wednesday May 26. (WYDaily/Ben Macklin)

Waypoint, which first opened its doors in late 2011, has a reputation for its menus, which frequently feature regionally-caught seafood and other items that are sourced from local farms.

When WYDaily reached out to the restaurant for comment, a voice message stated that Waypoint was closed due to unforeseen circumstances and did not indicate when they would open back up.

An employee at one nearby business said that he was told by one of the Waypoint staff members that they were closing for good.

While there are rumors as to why the restaurant closed or if the closure is permanent persist, WYDaily was unable to verify them at this time.

CATCH UP ON OTHER STORIES BY WYDAILY:

Always be informed. Click here to get the latest news and information delivered to your inbox This article has been aggregated from wydaily.com and they maybe/are the copyright owners of the same. If you are the Author/Copyright owner of this article and want us to remove the same then send an email to admin@blog.restaurant so that we can delete it immediately. We sincerely regret and apologies for any inconvenience caused to you due to the same. Though it is your decision but please take note that the link to your website and the article have been given above, within and on the bottom of the article.