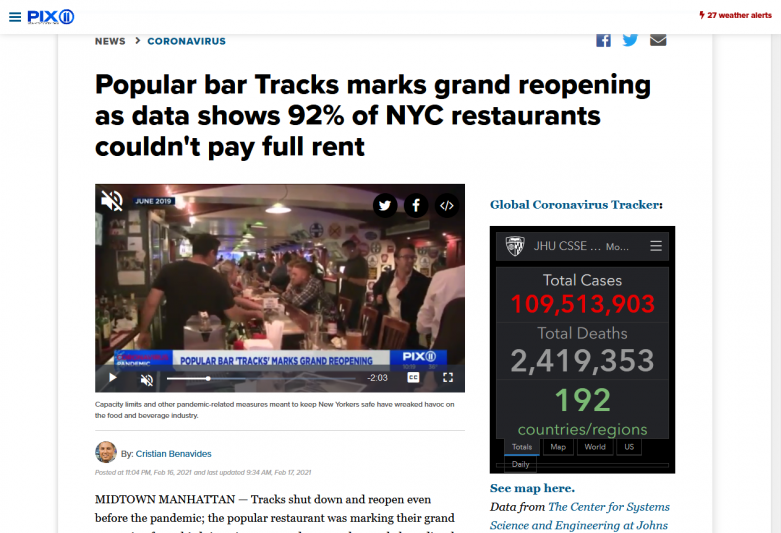 MIDTOWN MANHATTAN — Tracks shut down and reopen even before the pandemic; the popular restaurant was marking their grand reopening for a third time, just as new data reveals exactly how dire the impact of the pandemic has been on New York's restaurant industry.

Tracks Bar and Grill, formerly located inside of Penn Station on the concourse by the LIRR ticket window, has been a Midtown favorite for nearly two decades.

After shutting down in June of 2019 due to construction at Penn Station, it reopened in November of 2019 across the street. Then just a few months after that the pandemic hit.

Now that indoor dining is once again allowed in New York City, Tracks hosted a grand reopening just in time for Mardi Gras.

But the reopening comes as troubling new data reveals just how dire the economic impact of the pandemic has been for New York City's restaurant industry: a striking 92% of restaurants were unable to pay their full rent during the month of December; 45% paid none at all.

"We've seen since the beginning of the pandemic, month after month, fewer and fewer restaurants have been able to pay their full rent," said Andrew Riggie with the New York City Hospitality Alliance. 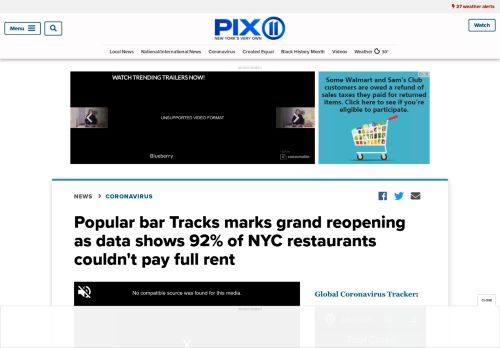 This article has been aggregated from pix11.com and they maybe/are the copyright owners of the same. If you are the Author/Copyright owner of this article and want us to remove the same then send an email to admin@blog.restaurant so that we can delete it immediately. We sincerely regret and apologies for any inconvenience caused to you due to the same. Though it is your decision but please take note that the link to your website and the article have been given above, within and on the bottom of the article.