Peek at the Menu From Argentinian Restaurant Barda, Opening June 10

Peek at the Menu From Argentinian Restaurant Barda, Opening June 10 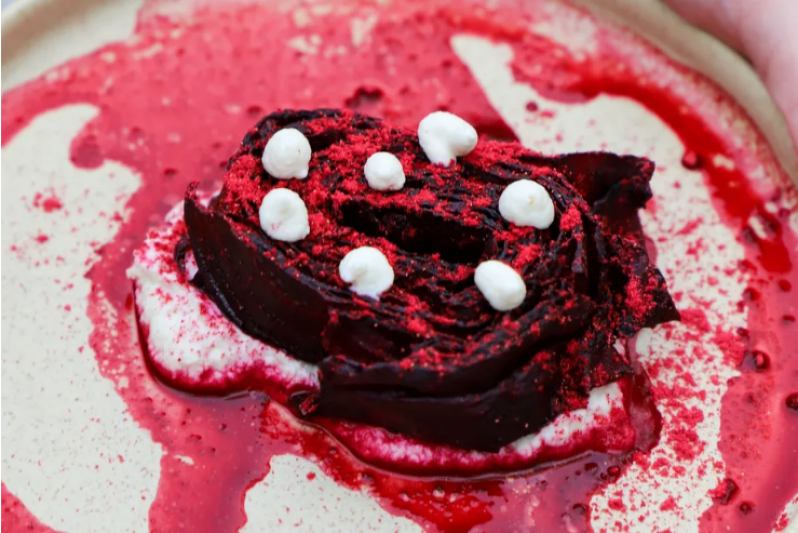 Argentinian restaurant Barda, from chef Javier Bardauil, is accepting reservations for a June 10 opening in the Core City space that once housed Magnet. The modern Argentinian restaurant will feature dishes grilled on an open fire and created with ingredients sourced locally, or imported from Argentina.

Bardauil (nicknamed Barda), a native of Buenos Aires, and co-owner Ignacio Gerson say the restaurant is the first and only Argentinian-inspired restaurant in the city. Chef de cuisine Michael Goldberg, who previously operated Allenby Detroit out of the now-defunct Fort Street Galley, will be assisting Bardauil in the kitchen. Menu items include glazed beets with ajoblanco and raspberries, chorizo Argentino with fennel and lemon, tira de asado short rib with pepper-coriander crust, and carne y hueso with bone marrow, beef tartare and horseradish served with toast.

Chorizo Argentino with fennel and lemon centered on a plate

Chorizo Argentino with fennel and lemon Using traditional methods of Patagonian cooking, Barda’s open fire will be at the center of the restaurant’s dining experience. An assortment of grills with varying flame intensities will be used to cook every dish. “Through our unique, no gas open-fire kitchen, we hope to showcase our modern take on an ancient style of cooking to the Detroit community and beyond,” Barda says in a news release. The beverage menu features Argentinian wines, South American-inspired libations, and local craft beers. Fernet, a beloved spicy spirit in Argentina, is the heart of many house cocktails, including the smoke & fire, a libation made with mezcal, Averna, China-China, Branca Menta, water, and Fuego Tincture.

An open kitchen with dishes

Barda is housed inside a renovated historic radiator shop, and the Argentinian restaurant will seat 113 indoors. The restaurant, inside a renovated historic radiator shop, seats 113 and has a long, sunken bar in the center. Barda will use the adjacent park for a 40-seat patio and bonfires. Bardauil reportedly arrived in the Detroit area in 2019 with the hope of opening a wood-fired kitchen and saw that Magnet, then newly opened, had a similar theme, model, and aesthetic. The Detroit restaurant group behind Takoi and Magnet dissolved in summer 2020, in part because of the economic strains of the pandemic, giving Bardauil the perfect space to establish his own kitchen.

“In Argentina, in general, we gather around fire,” he told The Detroit News in February. “There’s no way that we can skip a weekend without gathering around fire. That’s why I was thinking, bring the fire here. Well, somebody already built it for me. I wouldn’t change anything.”

This article has been aggregated from detroit.eater.com and they maybe/are the copyright owners of the same. If you are the Author/Copyright owner of this article and want us to remove the same then send an email to admin@blog.restaurant so that we can delete it immediately. We sincerely regret and apologies for any inconvenience caused to you due to the same. Though it is your decision but please take note that the link to your website and the article have been given above, within and on the bottom of the article.