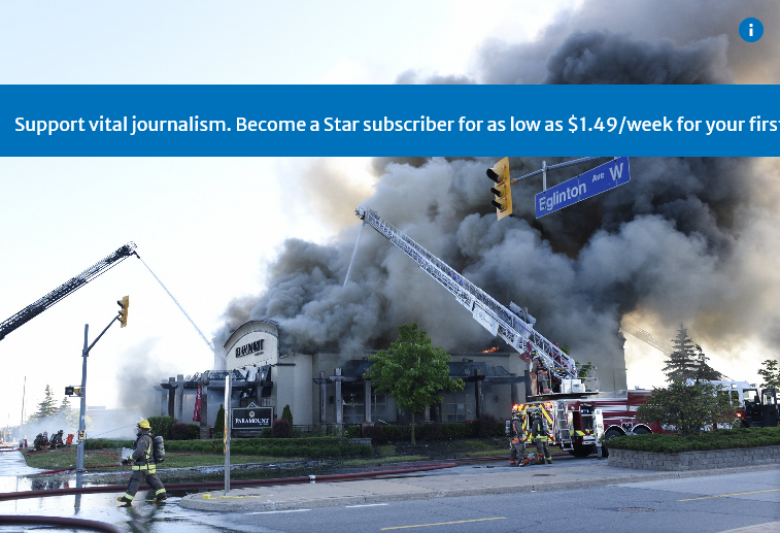 The Ontario Fire Marshal has been called in to investigate the cause of a fire that destroyed a popular Middle Eastern restaurant in Mississauga.

On Sunday, May 30, a three-alarm fire broke out of Paramount Fine Foods, located near Erin Mills Town Centre at Eglinton Avenue West and Erin Mills Parkway, around 6:30 p.m.

Emergency crews were on scene for several hours and firefighters remain on scene conducting a fire watch Monday morning.

In the process of controlling the blaze, fire chief Deryn Rizzi said on Twitter that interior conditions became untenable, requiring firefighters to transition from an offensive to defensive strategy, using four aerial devices and a deck gun.

No injuries were reported. It is not known how many employees were inside the restaurant when the fire began.

More information will be posted as it becomes available.

This article has been aggregated from www.thestar.com and they maybe/are the copyright owners of the same. If you are the Author/Copyright owner of this article and want us to remove the same then send an email to admin@blog.restaurant so that we can delete it immediately. We sincerely regret and apologies for any inconvenience caused to you due to the same. Though it is your decision but please take note that the link to your website and the article have been given above, within and on the bottom of the article.