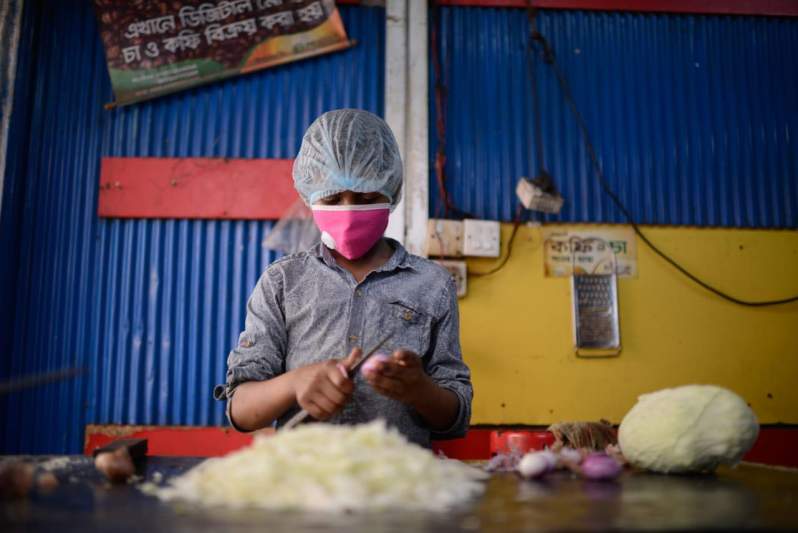 Restaurant owners have demanded long-term loans with easy terms and low interest rates from the SME Foundation to revive their businesses after incurring massive losses due to the Covid-19 pandemic.

They also demanded keeping hotels and restaurants open with strict enforcement of health directives to prevent the spread of Covid-19.

The Bangladesh Restaurant Owners Association (BROA) has also asked the government to declare the restaurant industry as a service sector.

Talking to Dhaka Tribune, Imran Hassan, general secretary of BROA, said that many of the funds allocated for the SME sector still remain unused.

“We do not get SME loans as our sector is labeled as a sector dealing with perishable goods. The government should remove this obstacle through dialogue and give us long-term loans on easy terms from the SME Foundation,” he also said.

Also Read - ‘The restaurant industry is on the brink of collapse’

If the government gives loans without collateral to the restaurant sector as per the restaurants’ requests, this sector could turn around, said Hassan.

Without any changes, Hassan said that this youth-operated booming sector will be ruined, local entrepreneurs will be disappointed, and foreign groups will take over this sector.

Syed Mohammad Andalib, organizing secretary of BROA, said that all other sectors are receiving support from the government through incentives, loans on low interest, and easy terms amid the pandemic.

However, the government has not paid any attention to the restaurant sector yet.

“Shopping malls, transports, all are open except restaurants. Then, I do not see any problem in opening the restaurants, while adhering to hygiene rules. We do not know why it is happening with us,” Andalib added.

Imran Hassan also said that they demand incentives for the large number of workers in the restaurant sector. They also want Covid-19 vaccination for their workers on a priority basis.

Asked about their thoughts on the upcoming budget of FY22, Imran Hassan said that they have already discussed their budget demands with the National Board of Revenue (NBR).

“As there is no coordination, various organizations harass the restaurant sector. We only want a single organization to monitor us and the government should create this in coordination with safe food authority, consumer rights authority, and the NBR,” he added.

He also said that there is a significant inconsistency in the VAT system as VAT remains 15% for both a five-star hotel and a local food hotel.

“We proposed to fix it into three slabs -- 5%, 10% and 15% based on restaurant stature, so that the pressure on small traders is reduced and the government also gets their desired revenue,” he added.

Syed Mohammad Andalib said that now they have two demands for the government: first, they want loans from SME Foundation in easy terms and, second, they want to keep the restaurant sector open by maintaining all health directives strictly.

“We have repeatedly appealed to the government for incentives. I have heard that many of the funds allocated in the SME sector have been unused. We want this booming sector to be given soft loans from there, and incentives for our staff,” said Andalib.

According to BROA, there are currently about 60,000 restaurants across the country, with more than 8,000 in the capital alone. Close to 2.8 million people depend on the restaurant industry for their livelihoods, while the number is several times higher if it includes the supportive sectors.

Trouble began after the outbreak of Covid-19 last year, when several restaurants began letting go of staff, while many sold off their businesses. Some were unable to survive and closed shop entirely.

Nearly 25-30% of the restaurants closed permanently after the first wave of Covid-19, and 50% of ownerships were transferred as their original owners could not survive, said the BROA.

This article has been aggregated from www.dhakatribune.com and they maybe/are the copyright owners of the same. If you are the Author/Copyright owner of this article and want us to remove the same then send an email to admin@blog.restaurant so that we can delete it immediately. We sincerely regret and apologies for any inconvenience caused to you due to the same. Though it is your decision but please take note that the link to your website and the article have been given above, within and on the bottom of the article.