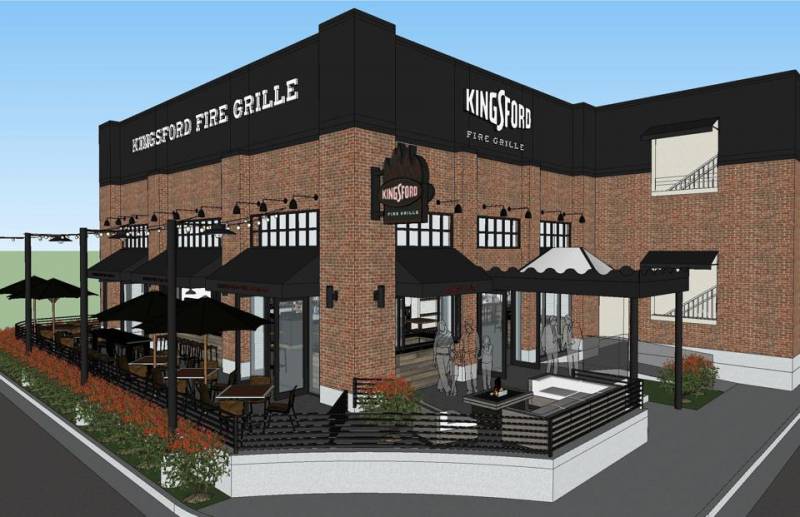 Kingsford Charcoal will open a concept in July centered around its charcoal brand. It is one of ... [+] several non-traditional brands trying their hand in the restaurant space as it continues to recover from COVID-19.

The restaurant industry is more than 100,000 units smaller than it was in March 2020, when lockdown orders first went into place due to the COVID-19 pandemic.

Other headlines have been just as grim. The industry has experienced $240 billion in lost sales, for example, as well as rent deferrals, furloughs, layoffs and bankruptcies, employees facing harassment, workers’ increased risk of contracting the Covid-19 virus and a shortage of relief funding.

Despite this relentless crisis, however, we’re now seeing signs of an industry rising from the ashes. Sales are recovering, and efforts put into place to survive the past year, like off-premise channels, are contributing strong tailwinds.

These personalities are no doubt big enough to generate both a buzz and some sales and, in fact, MrBeast’s MrBeast Burger concept sold a whopping 1 million burgers in less than three months.

Pepsi launched Pep’s Place in May, a virtual concept that existed for the entirety of the month that encouraged consumers to pick their favorite beverage to see suggested food pairings available for ordering and delivery.

Pepsi is of course no stranger to the restaurant industry, supplying giants like KFC, Taco Bell, Papa John’s and Pizza Hut. But now seemed like the right time to give the beverage lineup more of a starring role, according to Todd Kaplan, Pepsi’s vice president of Marketing.

“Launching Pep’s Place in a time when people are already experimenting with new behaviors, services and rituals as they see a ‘new normal,’ enabled us to tap into the ghost kitchen trend to maximize reach at a national scale with a high degree of confidence in a successful execution,” Kaplan said.

Not only is Pepsi leveraging the pandemic-induced acceleration of certain trends, the company is also tapping into consumers’ pent-up demand for experiences.

“While this past year was not the sole inspiration for creating Pep’s Place, we do recognize it was a difficult one for both our consumers and our partners, so we were excited to bring them something new and innovative that was ultimately a fun and memorable experience,” Kaplan said.

Pepsi leaned into the emerging virtual kitchen space because it is more cost-effective compared to a brick-and-mortar investment. Indeed, the space grew materially throughout the past year and provided a much-needed revenue channel for a number of struggling restaurants.

No doubt that lower entry point also allows for more risk taking, which is why so many players are jumping in. However, more non-traditional brands are extending into brick-and-mortar spaces as well.

OpenTable, for example, recently announced its first restaurant, which will serve as an “innovation lab” in Miami. The company will use diners’ data to develop new technology that could personalize experiences throughout its restaurant partners.

Magician Criss Angel plans to open a new fast casual restaurant in the Las Vegas market, called Cablp–short for Criss Angel’s breakfast, lunch and pizza. The concept will feature dine-in, a walk-up window and takeout, according to Eater Las Vegas.

Then, there’s backyard barbecue staple Kingsford Charcoal, which is opening its first-ever restaurant, called Kingsford Fire Grille, in Tampa in July. The 7,900-square-foot restaurant features a menu centered around its charcoal brand, like hand-cut steaks, seafood and a Caesar salad with chargrilled romaine. It will also include tableside do-it-yourself s’mores, a charcoal pit centerpiece and a designated area for special events. If there’s a sign the industry is feeling confident about a recovery, leaning into such experiential elements is it.

This list of newbies surely isn’t complete and more non-traditional players will no doubt pop up in the restaurant space as it positions for a comeback. One of those players may even be Elon Musk, according to rumors.

After more than a year spent mostly at home or accessing food through a chain drive-thru, consumers seem to be hankering for such ingenuity. Meanwhile, these new concepts are also proving that out of a crisis comes creativity. 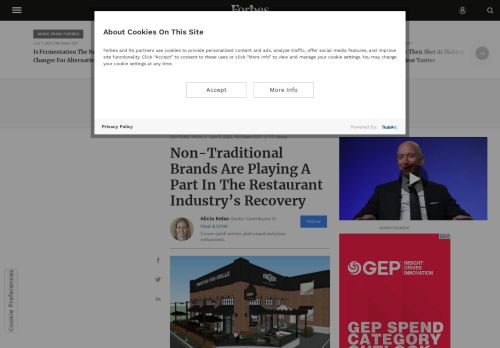 This article has been aggregated from www.forbes.com and they maybe/are the copyright owners of the same. If you are the Author/Copyright owner of this article and want us to remove the same then send an email to admin@blog.restaurant so that we can delete it immediately. We sincerely regret and apologies for any inconvenience caused to you due to the same. Though it is your decision but please take note that the link to your website and the article have been given above, within and on the bottom of the article.