By Newsy StaffApril 8, 2022A new state budget bill says restaurants, bars and taverns can sell to-go cocktails and other alcoholic beverages for the next three... 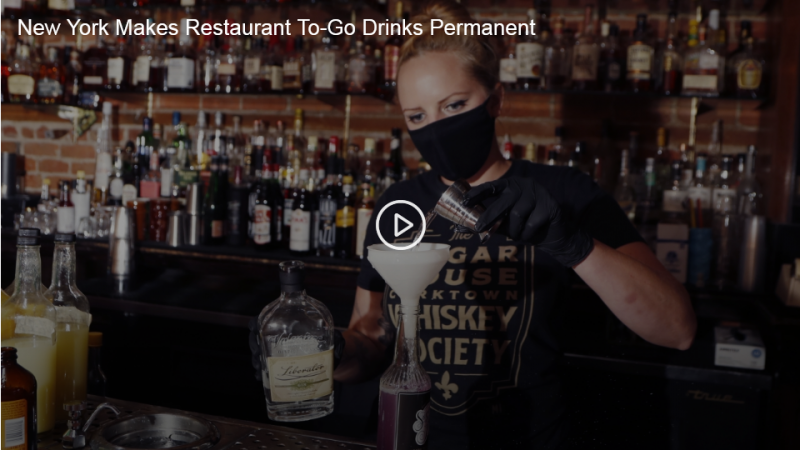 A new state budget bill says restaurants, bars and taverns can sell to-go cocktails and other alcoholic beverages for the next three years.

New York announced it will allow to-go drinks from restaurants for the next three years. A provision in the state budget bill released Thursday settles a booze battle between bars, restaurants and liquor stores.

During the height of the pandemic, dining establishments and local bars and taverns were allowed to serve drinks to-go as customers stayed away from indoor dining. However, last June the provision was lifted as businesses began returning to normal dining practices.

Now, according to the budget bill, any alcohol sold to-go must be accompanied by "a substantial" food order. It also does not permit restaurants or bars to sell full-size bottles of wine or liquor. 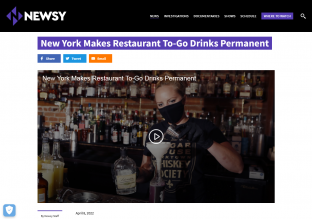 This article has been aggregated from www2.newsy.com and they maybe/are the copyright owners of the same. If you are the Author/Copyright owner of this article and want us to remove the same then send an email to admin@blog.restaurant so that we can delete it immediately. We sincerely regret and apologies for any inconvenience caused to you due to the same. Though it is your decision but please take note that the link to your website and the article have been given above, within and on the bottom of the article.