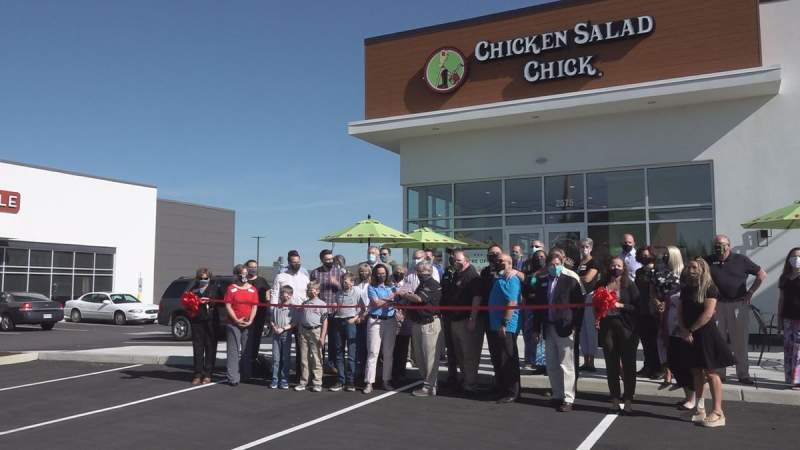 CHRISTIANSBURG, Va. (WDBJ) - The shopping center that’s now known as Christiansburg Marketplace has been almost an entirely empty lot for more than a decade. Now with the addition of Chicken Salad Chick, it’s continuing to become a major economic boom for Christiansburg.

The countdown to Chicken Salad Chick’s grand opening went off with a celebratory cheer Tuesday morning.

“We are thrilled to finally open our doors,” Mary Lisa Anderson, franchise owner, said. “This has been a year in the making. Christiansburg has been so receptive to Chicken Salad Chick coming to the area.”

With 12 unique gourmet salad flavors, there’s something for everyone.

“We have everything from savory flavors to fruity and nutty to traditional and spicy for those who like a little heat,” Anderson said.

The franchise has nearly 200 establishments along the east coast, but this is the first in Southwest Virginia.

“We’re going to have two restaurants eventually in Roanoke and one in Lynchburg as well,” she said.

“To bring new businesses, particularly businesses of this quality and this caliber to Christiansburg, just puts us that much further on the map,” Barber said.

Chicken Salad Chick is the latest of several restaurants to set up shop in the once empty Christiansburg Marketplace.

“It was empty close to fifteen years,” Barber explained.

But soon editions like Mission BBQ, Sandro’s Pizza, Earth Fare, First Watch and other businesses will make the Marketplace a well traveled destination.

“By the time it’s over with, this will probably be the busiest spot in the town of Christiansburg and in Montgomery County,” the mayor said, adding that this is particularly good for residents.

“Things like this with the meals tax, lodging tax and sales tax that these generate, these are able to enable the town to keep our real estate tax really low,” he said.

“I’m excited about being a customer,” Barber said.

There are several opening week promotions:

Wednesday, April 28 ­­– The first 50 guests to purchase a Chick Special will receive a free Chick Special redeemable on their next visit.

Thursday, April 29 – The first 50 guests to purchase a Chick Trio will receive a free Chick tumbler.

Friday, April 30 – The first 50 guests to purchase a Chick Trio will receive a free Chick hat. 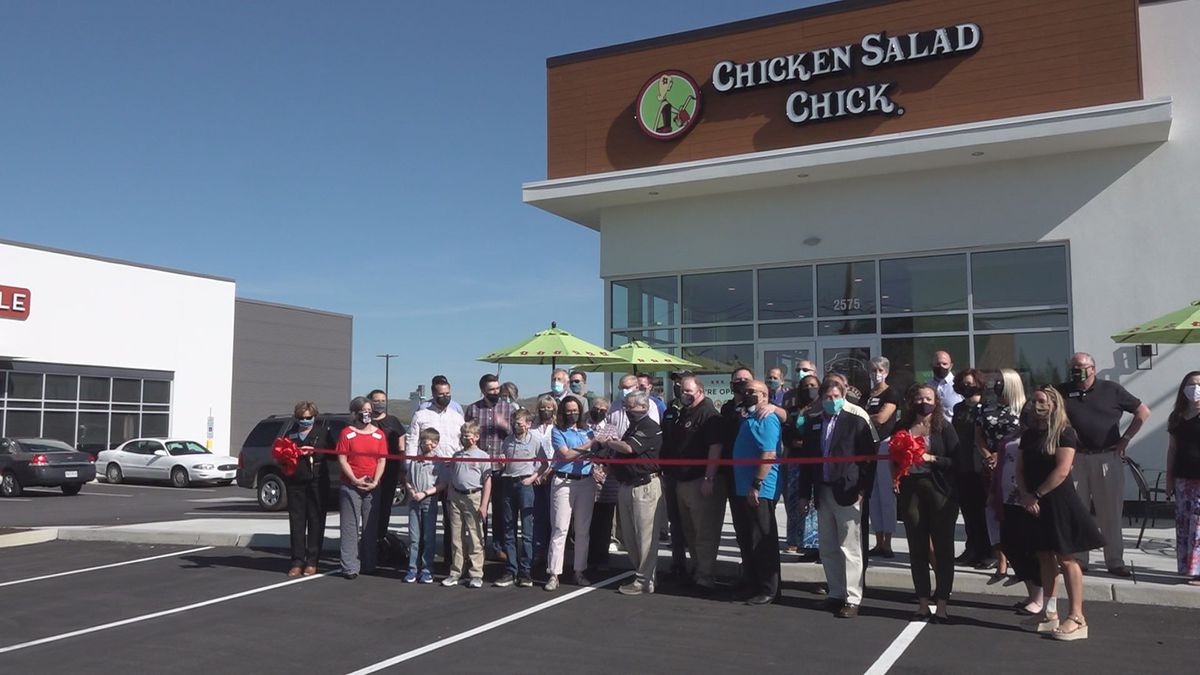 This article has been aggregated from wdbj7.com and they maybe/are the copyright owners of the same. If you are the Author/Copyright owner of this article and want us to remove the same then send an email to admin@blog.restaurant so that we can delete it immediately. We sincerely regret and apologies for any inconvenience caused to you due to the same. Though it is your decision but please take note that the link to your website and the article have been given above, within and on the bottom of the article.