Milestones, the restaurant chain that started in Vancouver, is getting new ownership

Milestones, the restaurant chain that started in Vancouver, is getting new ownership 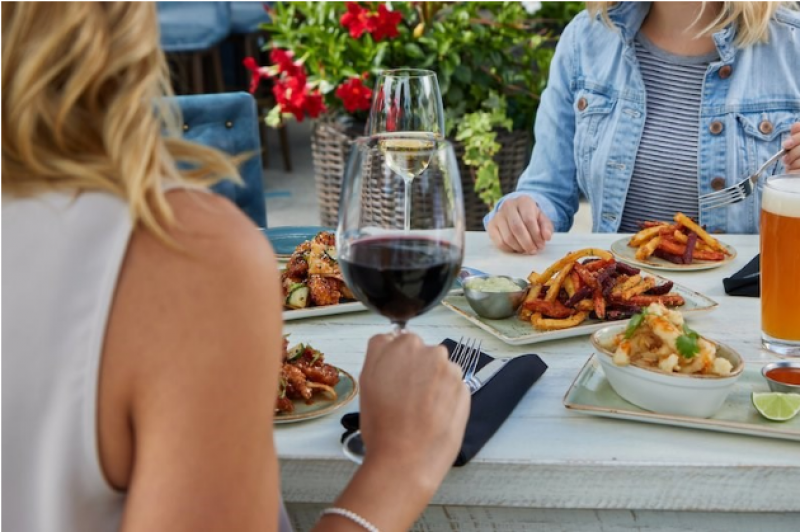 With dwindling presence in its home region of Vancouver, Milestones is set to expand...in Quebec.

Milestones restaurants started in Vancouver in the 1980s, but as of late 2020 the last location within city limits had closed for good, leaving only a smattering of outposts in the Metro region and in B.C.

The company says it is focusing on "younger" brands "that offer attractive opportunities for accelerated new restaurant growth."

Recipe Unlimited owns several restaurant chains familiar to Metro Vancouver residents, like The Keg, Montana's, and Original Joe's, however its concentration is decidedly based in eastern Canada, with a number of chains with dwindling or no presence in British Columbia, like Swissh Chalet, Elephant & Castle, and East Side Mario's, among many others, on its roster.

Foodtastic, on the other hand, is the franchisor for numerous chains with deep ties to Quebec, like La Belle et La Boeuf, Rotisseries Benny, and L'Gros Luxe. One of its brands, the plant-based fast casual Montreal chain Copper Branch, opened its first - and only - Vancouver location in Yaletown in March 2020.

Now it appears Foodtastic's strategy is to bring Milestones to Quebec; what that means for any expansion in B.C. for the locally-born chain remains to be seen.

"We are extremely impressed by the Milestones restaurant brand and are excited to welcome them into the Foodtastic family," said Peter Mammas, President and CEO of Foodtastic. "We look forward to welcoming all our new franchisees, teammates and customers. This acquisition is consistent with our strategy of acquiring quality Canadian brands with growth potential, and we are excited to introduce Milestones to the Quebec market."

In 2002, after being acquired by Cara - now known as Recipe Unlimited - the Milestones brand saw significant expansion in the east, mostly in the company's headquarter province, Ontario.

After closing up its last Vancouver Milestones location, on Cambie north of Broadway, back in the fall of 2020, Recipe Unlimited also brought an end to a few of its restaurants in Metro Vancouver. In late October 2020, Recipe Unlimited shuttered side-by-side locations of some of their last remaining Swiss Chalet and Harvey's outposts in B.C.

Earlier in 2020, the company had closed its Montana's location in Coquitlam Centre permanently, too.

Click Here To See More
News Source: vancouverisawesome.com
Milestones   the restaurant chain that started in Vancouver   is getting new ownership 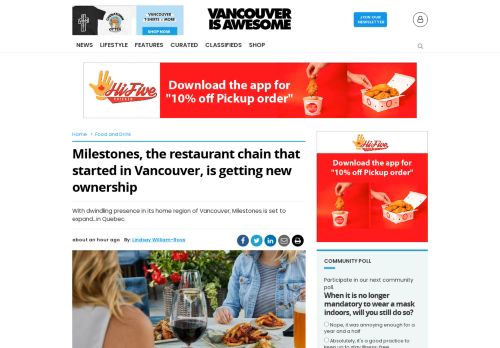 This article has been aggregated from vancouverisawesome.com and they maybe/are the copyright owners of the same. If you are the Author/Copyright owner of this article and want us to remove the same then send an email to admin@blog.restaurant so that we can delete it immediately. We sincerely regret and apologies for any inconvenience caused to you due to the same. Though it is your decision but please take note that the link to your website and the article have been given above, within and on the bottom of the article.