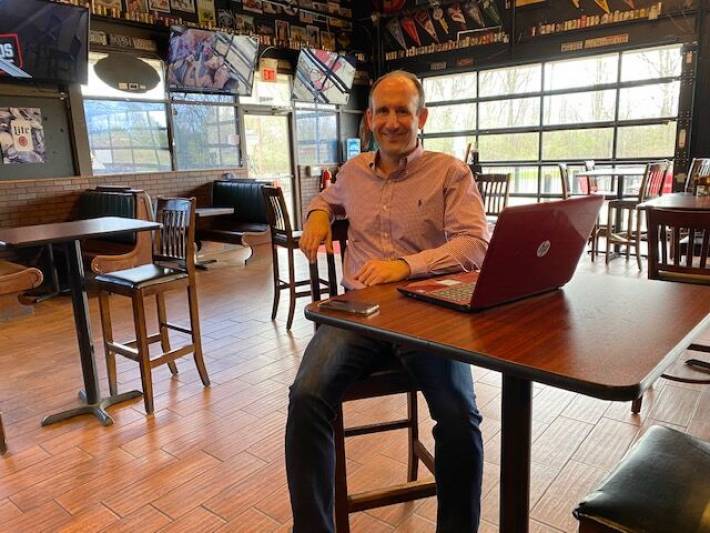 (The Center Square) – A new study published by the Mackinac Center for Public Policy concludes states in the Great Lakes region with the strictest lockdown measures also suffered the greatest increases in job losses.

“The Costs of Michigan’s Second Lockdown” was authored by Chris Douglas, the department chair of the UM-Flint Economics department.

All told, Douglas concluded the costs associated with the state’s second lockdown, which began in mid-November, outweigh the benefits it provided. He also said there was no correlation between the lockdown and a reduction in COVID-19 related fatalities.

The job losses in Illinois and Michigan, wrote Douglas, “particularly the large December job losses in Michigan, compared to the surrounding states lends evidence that Michigan’s second shutdown caused the state to experience the largest loss of jobs in the restaurant and bar industry in the region.”

In his study, Douglas wrote: “Employment has declined by 36% from February 2020 to January 2021, the largest decline in percentage terms compared to the surrounding Great Lakes states. Only Illinois, by nature of its larger population, has seen more total job losses in the sector since the COVID-19-related lockdowns began, losing 145,000 jobs compared to Michigan losing 116,000 jobs. However, the percentage decline of bar and restaurant jobs in Michigan is nearly double that of Illinois during this time period.”

In an interview with The Center Square, Douglas noted it’s difficult to separate the fall-off of restaurant business as a result of Gov. Gretchen Whitmer’s indoor-dining ban from patrons voluntarily choosing to avoid public spaces during the pandemic. He added, however, that greater job losses in Illinois and Michigan seem to suggest those states’ respective policies were a contributing factor.

“Indeed, data suggests that policy interventions during fall 2020 may have had a larger impact on mobility and economic activity than the first round of lockdowns did in the spring of the same year,” according to the report.

Douglas explained data from the first few months indicates stay-at-home orders only represented seven percentage points of the 60 percentage-point drop in consumer traffic to business. “It is likely that consumers feared a worst-case scenario and voluntarily restricted their travel to businesses out of caution,” he wrote.

By November of last year, however, Douglas said much more was known about the spread of COVID-19, and consumer mobility did not decrease as significantly as it did in the second quarter of 2020.

“In other words, consumers did not voluntarily restrict their mobility as much later in the pandemic compared to earlier in it, despite the larger number of cases and fatalities,” Douglas wrote.

In fact, Douglas said, consumer mobility had returned to pre-pandemic levels by last summer, but no measurable decrease occurred once the number of COVID-19 cases increased again in the fall. Douglas said the data indicates “a noticeable drop in consumer mobility to retail and recreation establishments in Michigan in November, which would include bars and restaurants, which coincides with the timing of the second shutdown. But this is not matched by a drop in mobility to grocery stores and pharmacies, which suggests that the job losses in the restaurant and bar industry in November and December are closely associated with the ‘Pause to Save Lives.’”

To bolster his observation, Douglas said Michigan restaurants and bars employed about 327,000 workers in February 2020, before the pandemic struck. Half of those jobs disappeared in March and April, the first two months of the statewide shutdown. By the end of April, he said, only 150,000 people were employed in the bar and restaurant industries, a number that increased to 275,000 workers by October.

“This is consistent with consumer mobility increasing later in the pandemic compared to the early months of it, making the November and particularly the December job losses being likely due to the second shutdown. But the second shutdown wiped out all of those gains so that employment in Michigan restaurants and bars is currently lower than it was in June 2020.”

In addition to job losses, Douglas said other costs were imposed by the lockdowns, including an increase in mental health issues as well as permanent business closures. Douglas quotes statistics from the federal Centers for Disease Control and Prevention, which found 40% of adult respondents polled in June 2020 were suffering from mental health or substance abuse issues. In addition, 24% of respondents reported symptoms consistent with depression, up from 6% in 2019, and approximately 11% of respondents contemplated suicide.

Douglas referred to a December estimate from the National Restaurant Association, “which estimated 110,000 restaurants were either permanently closed or closed long-term, representing one-in-six restaurants in the United States. These restaurants had been in business for an average of 16 years, with 16% of them in business for at least 30 years. Only 48% of the owners of these shuttered restaurants planned on remaining in the industry in the future. Thus, the economy will exit the pandemic with nearly 10% fewer restaurants than before it.” 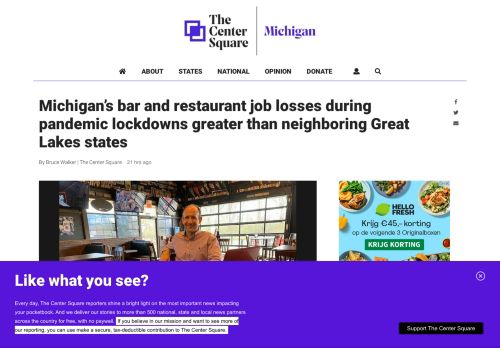 This article has been aggregated from www.thecentersquare.com and they maybe/are the copyright owners of the same. If you are the Author/Copyright owner of this article and want us to remove the same then send an email to admin@blog.restaurant so that we can delete it immediately. We sincerely regret and apologies for any inconvenience caused to you due to the same. Though it is your decision but please take note that the link to your website and the article have been given above, within and on the bottom of the article.