Liverpool restaurant hit by no shows on first day open

Liverpool restaurant hit by no shows on first day open 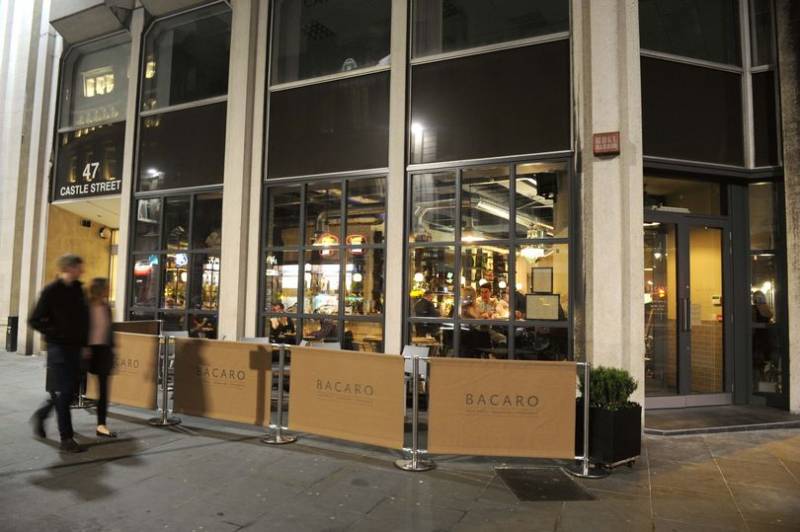 A Liverpool restaurant has shared its fury after being hit with two no shows on its first day of reopening.

Yesterday, scores of pubs, bars and restaurants across the city reopened for outdoor drinking and dining after months of closure due to the pandemic.

Castle Street restaurant Salthouse Bacaro took to Twitter yesterday, amid its reopening for the first time since January, to announce that two groups had failed to turn up to their bookings.

The coronavirus pandemic has had a major impact on the hospitality industry, and has led to the permanent closure of independent shops, businesses, restaurants and more.

Despite this and the many rules in place, Liverpool’s bars and restaurants opened with optimism yesterday - only to be hit with no shows.

Enter your postcode below to find local businesses to support:

No-shows and cancellations are one of the biggest issues that restaurants face. It can leave businesses out of pocket if enough people cancel at the last minute or worse, don’t show up without letting the venue know.

And when they’ve been closed for months without making any money, it only makes things harder for the business.

Salthouse Bacaro, which has an outdoor area on Castle Street, had two groups of people fail to turn up to their bookings yesterday.

Fans of the restaurant were quick to share their anger at the situation too, with many making suggestions on how to avoid the situation in the future.

One person said: “Start taking deposits. People who love the place won’t mind and it will deter the idiots. Best of luck with everything”.

Another wrote: “Take deposits genuine people won’t mind at all.. these people are not right”.

A third said: “Sorry to hear this, time wasters everywhere. On a positive note though you appear to have a holy saint on the workforce. Hope things pick up for you guys. “

Luckily for the restaurant, the two empty tables were filled quickly, since the venue was in high demand after reopening.

However, the restaurant did confirm they wouldn’t be taking deposits due to the unpredictable nature of outdoor dining.

Receive newsletters with the latest news, sport and what's on updates from the Liverpool ECHO by signing up here.

In a follow-up tweet, Bacaro wrote: “Thanks for all the love! We filled the tables very quickly with some lucky walk ins but that’s not really the point is it?

“Deposits aren’t the answer at the moment with us only being outside & the chance of poor weather. Just pretty please cancel your table if you can’t make it!”

Patrick Smith, co-owner of Salthouse Bacaro, told the ECHO: “Pretty much said it on Twitter. Thinking about it, as it’s been happening for so long and a lot of people have been talking about it on social media and in the press the old mum and dad ‘we’re not angry just very disappointed in you’ line sums it up best.

“We filled the tables quickly so no great loss, it’s more the fact people have such a lack of self awareness to not realise the terrible struggles our industry have been going through and care so little of other people’s livelihoods that they can’t even be bothered to make a quick phone call or respond to a confirmation email beggars belief at times.”

Salthouse Bacaro is open for outdoor drinking and dining from 12pm - 10.30pm, seven days a week. 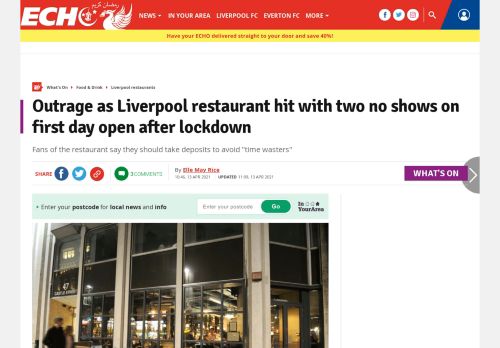 This article has been aggregated from www.liverpoolecho.co.uk and they maybe/are the copyright owners of the same. If you are the Author/Copyright owner of this article and want us to remove the same then send an email to admin@blog.restaurant so that we can delete it immediately. We sincerely regret and apologies for any inconvenience caused to you due to the same. Though it is your decision but please take note that the link to your website and the article have been given above, within and on the bottom of the article.