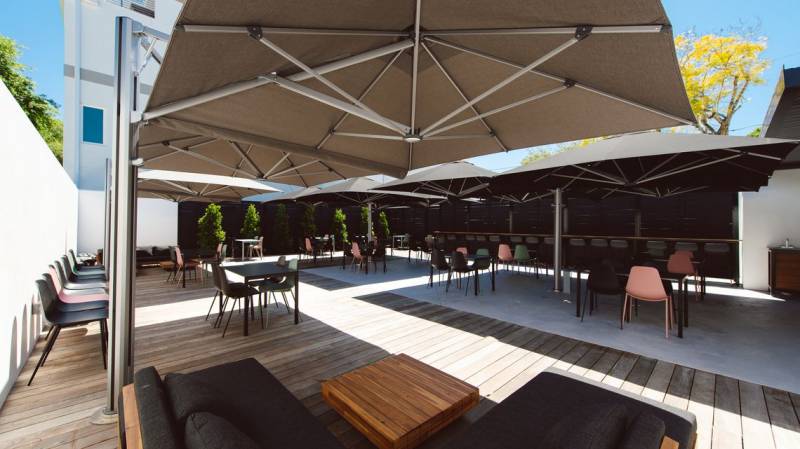 News of the restaurant in St. Petersburg was first announced last spring, and Jew — fresh off a five-year stint running the kitchens at BellaBrava and Stillwaters Tavern — was initially shooting for a fall 2020 opening.

Now the chef is eyeing a mid-May soft opening for breakfast and lunch at the restaurant at 400 6th St. S. Dinner service will likely take longer to launch.

While the coronavirus pandemic may have thrown off his original plans, it did give the chef some time to reevaluate. One of the few benefits of opening a restaurant in the middle of a pandemic is that — time and finances permitting — it can allow for some recalibrating, Jew said.

“I was lucky when we were doing the buildout doing COVID-19 (because) I got to see what people were doing,” Jew said. “What’s important in the long run, and (the) things are going to make people more comfortable.”

The building’s planning and construction was still in the very early phases when the pandemic caused the statewide shutdown of all restaurants last March, and Jew spent the next several months re-thinking everything about his first solo project.

For one, the large interior dining room and petite outside patio needed a reality check. With no timeline of when the virus would abate, the two spaces were more or less flipped. Now, the restaurant features a much larger outdoor patio — twice the size of the indoor dining area — and what Jew guesses might be “probably one of the largest in the city.” Combined, both spaces can seat roughly 150 people.
The large outdoor patio at Lingr will offer diners plenty of open air seating options when the restaurant opens next month.

Additional COVID-19 safety measures were needed as well, Jew figured. Inside the new dining room, an air purification process now uses HEPA filtration and is paired with an HVAC system lined with UV lights. A large fan in the front of the restaurant helps ensure continuous airflow and the outdoor patio is lined with large umbrellas for extra shade.

Designed with the restaurant’s Asian and Nordic theme in mind, the buildout’s sleek and modern lines are inspired by Chinese five spice, and represent the elements of wood, fire, earth, metal and water. The restaurant’s floors are stone, the bar is made out of walnut wood and a large portion of the menu hinges on live fire cooking in the kitchen.

But it wasn’t just the design elements that got an overhaul. The last year exposed the restaurant industry’s fragile economic infrastructure and staffing shortfalls, and that struck a note with Jew. The chef spent time cooking in Europe and Washington D.C. before moving to St. Petersburg where he worked with local restaurant group 2B Hospitality, which runs Beach Drive NE restaurants BellaBrava and Stillwaters Tavern. At Lingr, Jew says he has restructured his staffing plan and human resources approach to reflect what he hopes will create a healthier work environment for his employees.

“The coronavirus kind of exposed this industry and continues to do so,” he said. “I thought, it’s time to change and to do something different. Employee quality of life is very important to me.”

Every employee at Lingr will receive paid time off and paid sick leave as well as have access to Teledoc, a telehealth medical insurance provider that offers virtual healthcare appointments by phone and video, Jew said. Employees will also get paid time off when the company observes holidays like Christmas as well as during a week-long break in the summertime.
Chef and owner Jeffrey Jew looked to his Norwegian and Chinese heritage when designing his new restaurant, which opens next month at 400 6th St. S in St. Petersburg.

Chef and owner Jeffrey Jew looked to his Norwegian and Chinese heritage when designing his new restaurant, which opens next month at 400 6th St. S in St. Petersburg. [ JEREMY SCOTT | Courtesy of Jeffrey Jew ]

As far as the food is concerned, Jew says he has stayed more or less close to his original vision — a breakfast, lunch and dinner restaurant inspired by his Chinese and Norwegian heritage. The restaurant’s name references an Old Norse word meaning both “belonging to” and “descending from.”

For lunch, guests can expect an assortment of salads and Nordic-style open-faced sandwiches served on everything from scallion pancakes to rye, sourdough and milk bread. House-cured salmon will be featured heavily, and may appear on a sandwich with pickled shallots and fresh herbs while a char sui-marinated protein could show up on a milk bread sandwich with homemade XO sauce.

While breakfast and lunch will feel more casual, the dinner service will be more upscale. A large portion of the dinner menu will center around the kitchen’s wok station, where dishes like wok-fried Gulf fish in fermented black bean sauce or a wok-tossed lobster with homemade rice noodles will be made. Jew said there will also be a koji dry-aged ribeye steak and a selection of Norwegian-inspired pastries for dessert. There will also be a more exclusive omakase-style tasting menu served nightly at the restaurant’s eight-seat bar.

As for an opening date? Jew says he’s likely to start serving breakfast and lunch during a soft-opening phase in May. Right now, it looks like guests might have to wait until June to make their dinner reservations at Lingr.

But what’s another month or two? They’ve already waited this long. 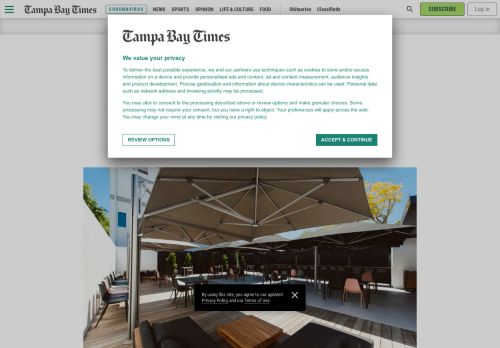 This article has been aggregated from www.tampabay.com and they maybe/are the copyright owners of the same. If you are the Author/Copyright owner of this article and want us to remove the same then send an email to admin@blog.restaurant so that we can delete it immediately. We sincerely regret and apologies for any inconvenience caused to you due to the same. Though it is your decision but please take note that the link to your website and the article have been given above, within and on the bottom of the article.