'Let's Grab A Beer': Anheuser-Busch and the National Restaurant Association are teaming up

'Let's Grab A Beer': Anheuser-Busch and the National Restaurant Association are teaming up 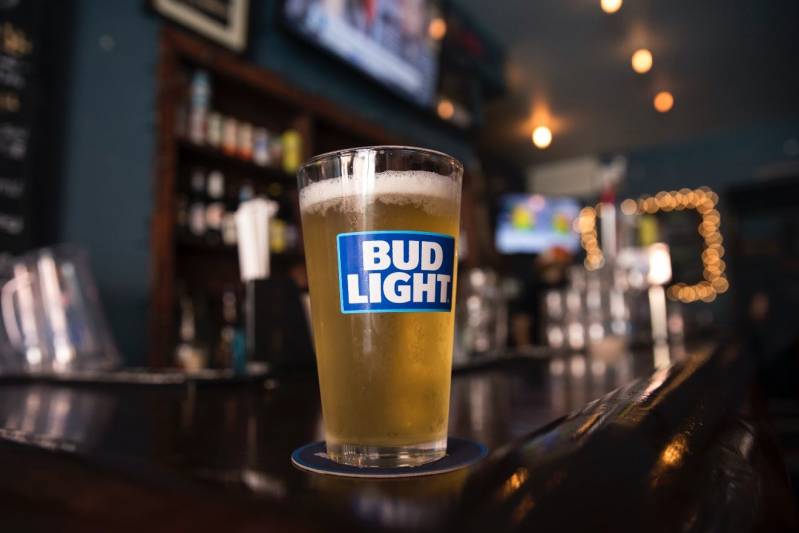 Anheuser-Busch is expanding its “Let’s Grab A Beer” campaign, a continuation of its Super Bowl ad, by joining its efforts with the National Restaurant Association’s (NRA) Restaurant Revival campaign.

The NRA's Restaurant Revival campaign is similar to the “Let’s Grab A Beer” campaign with the exception that it focuses on the restaurant industry as a whole.

America is changing faster than ever! Add Changing America to your Facebook or Twitter feed to stay on top of the news.

In the expansion, Chief External Affairs Officer César Vargas of Anheuser-Busch and President & Chief Executive Officer Tom Bené of the NRA told Changing America they want to reimagine the experience of socializing with close ones with their products: Budweiser, Bud Light, Bud Light Seltzer, Michelob ULTRA, and Stella Artois.

The company is promoting what it calls a common-sense approach to socializing responsibly. Likewise, it encourages its retail and venue partners to keep their work areas clean, spacious and enforce mask policy.

"It's really about reminding people that when you grab a beer, it is usually about more than the beer. It's more about those special moments, the people you're with, that moment of celebration," Vargas told Changing America.

Vargas said the campaign is not returning to normalcy but a reimagining of something better.

"People are dying to spend time together, and when we think about restaurants and what they have done, the innovation you see coming out at restaurants, whether its products or technology, consumers are going to see the benefits," Bené said.

Anheuser-Busch wants to be leaders within the regrowth of the economy, investing $1 billion within the next two years in job creation and communities impacted by the pandemic, saying the company wants economic prosperity.

"It's about supporting our partners: restaurants, bars, other hospitality venues, [and] providing relief to workers that have been released by this pandemic," Vargas said.

The NRA will provide education initiatives to ensure the hospitality industry comes back better than before. 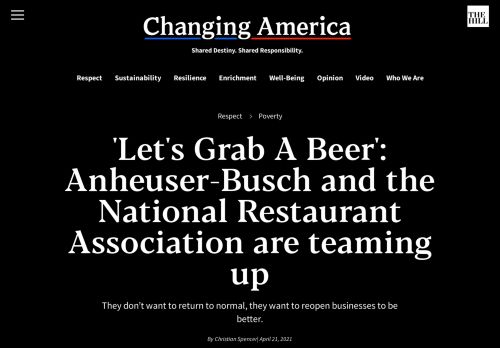 This article has been aggregated from thehill.com and they maybe/are the copyright owners of the same. If you are the Author/Copyright owner of this article and want us to remove the same then send an email to admin@blog.restaurant so that we can delete it immediately. We sincerely regret and apologies for any inconvenience caused to you due to the same. Though it is your decision but please take note that the link to your website and the article have been given above, within and on the bottom of the article.