KOLKATA: A verbal order by the government to stop all live musical performances in bars within a month of allowing such performances for one hour every evening has... 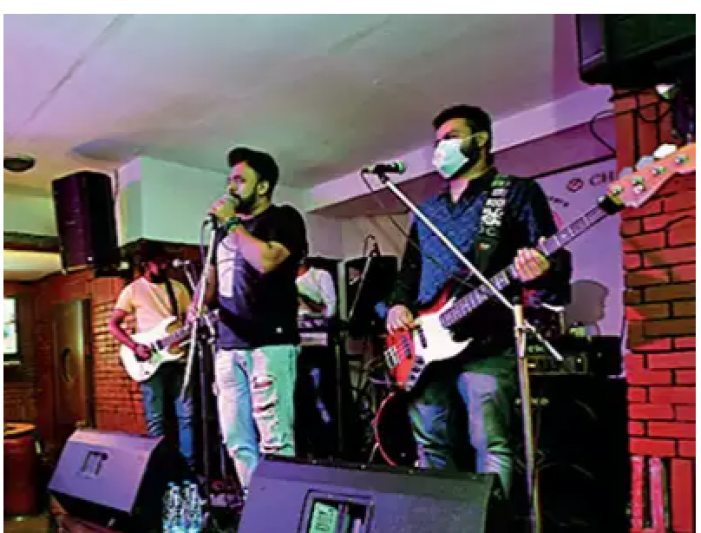 Many bars had even started decorating their façade in the run up to Diwali expecting better footfalls. The owners said the sudden decision to discontinue live singing will impact the livelihoods of those associated with the trade.

Most establishments have said they are yet to get any written order. This may be behind the confusion. A widely circulated written order can give clarity.

“There is no clarity over the order as we have received nothing in writing. There are rumours that there is a verbal order that will be conveyed by the local cops. This has given rise to confusion among owners on whether to continue with the live singing,” said the owner of a bar in central Kolkata.

Most singing bars located in the central business district were shut down when the total lockdown started in March. Though bars were allowed to serve liquor in the beginning of September, live singing was not allowed. Few days before Durga Puja, these bars received permission for live singing for only one hour with several restrictions.

Many singers, musicians and bouncers who had taken other jobs to sustain themselves had returned to the bars.

At Mbar in Park Street, music was stopped from Wednesday evening itself, within minutes after receiving the verbal order asking all bars, clubs and pubs to stop all live as well as recorded music citing a spurt in Covid cases in the city. “Since we were given permission to reopen the bar, we have never played live music. Only channel music was being played, and we used to maintain all prescribed norms inside the bar. People could shake a leg but only sitting on their chairs beside their respective tables. But we have stopped even that after receiving the order on Wednesday,” said Biswajit Das, the bar manager.

Incidentally, the state had allowed bars to reopen from September 1 following unlock guidelines. The live performance in bars was allowed from October ahead of the festive season for one hour from 7 pm to 8 pm. “Our industry has already been badly hit. This directive to stop any form of music at the clubs and pubs will throw many of us out of work again,” said DJ Akash, who plays for multiple city clubs.

The bars and restaurants did good business during Durga Puja specially in the last three days.

“We haven’t got any written order either from the police or excise department. But considering the loss during the pandemic, we don’t want to go in for any confrontation at this moment and stopped channel music from Thursday,” said Md Shamim of Refinery 091 at Sector V. 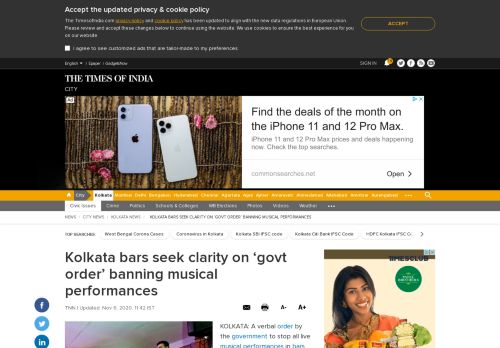 This article has been aggregated from timesofindia.indiatimes.com and they maybe/are the copyright owners of the same. If you are the Author/Copyright owner of this article and want us to remove the same then send an email to admin@blog.restaurant so that we can delete it immediately. We sincerely regret and apologies for any inconvenience caused to you due to the same. Though it is your decision but please take note that the link to your website and the article have been given above, within and on the bottom of the article.