Jack in the Box Reveals its Restaurant of the Future

Jack in the Box Reveals its Restaurant of the Future 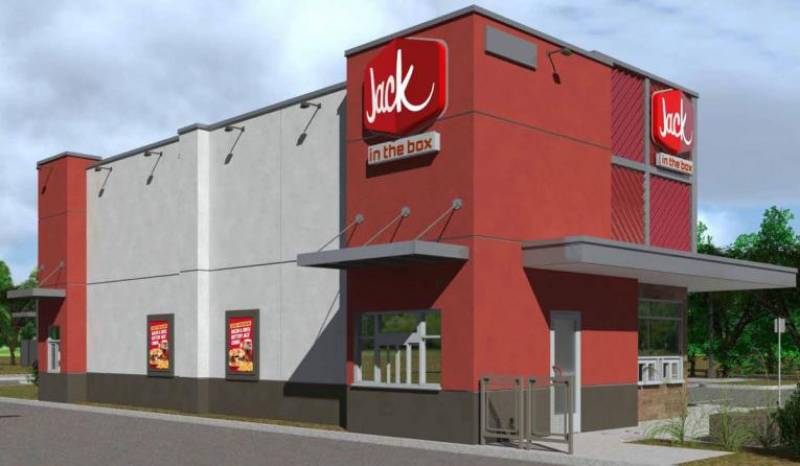 Before Darin Harris began his tenure as Jack in the Box CEO in June 2020, the construction design team examined how to create the most efficient kitchen possible to maximize volume and develop an engine that enabled the brand to fit on smaller sites.

Drive-thru was a priority, too. The 70-year-old brand first introduced its “drive-thru of the future” initiative in August 2018, featuring digital menuboards, use of LED lighting, and canopies above the drive-thru lane to personalize the experience and facilitate speed and consistency. In May 2019, former CEO Lenny Comma said he didn't think consumers were “valuing all-new furniture and wall treatments and lighting as much as they’re going to value enhancements to the drive-thru.”

Comma also noted he didn’t want to be in a position where Jack ever ignored what the customer told it. Harris couldn’t agree more with his predecessor. Since last summer, the brand placed a “relentless focus” on store-level economics and how the business evolved as a result of COVID, including the acceleration toward digital. So Jack took its learnings from the kitchen and broadened its strategy to work on multiple modular prototypes that could fit on a variety of sites.

This is how Jack arrived at its first drive-thru only store design, which is part of a new overall strategy to reach customers, Harris says. 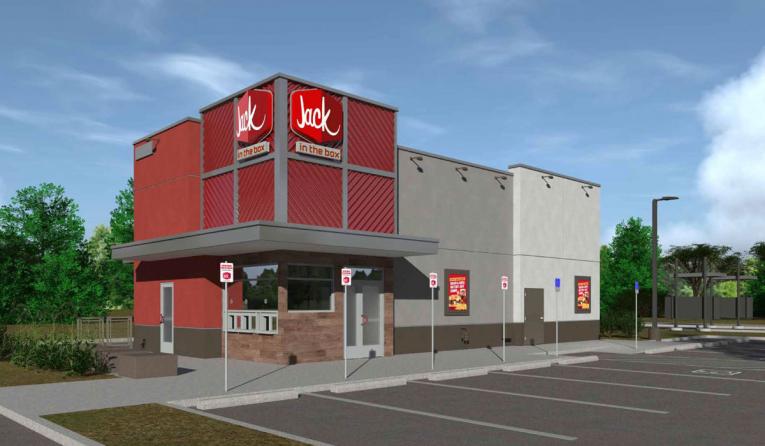 “I would think of this prototype as the starting point for our next set of modular flexible designs that enable us to get into more site opportunities, whether it's nontraditional, all the way up to our flagship prototype,” Harris says in an interview with QSR. “Behind it is this relentless focus on economics, on the economic model. We're in a growth mode, and we want to make sure that we are always thinking about a model so you have interest from the franchising standpoint to develop. And so that's a key component. And then we also have to provide a prototype that enables them to access multiple different sites.”

The new 1,300-square-foot prototype is less than half the size of Jack’s larger dine-in locations and boasts a double drive-thru—one lane for regular orders and another for online pickup and third-party delivery. The move makes sense for Jack considering drive-thru accounted for 98 percent of sales throughout the pandemic. Even before COVID, the channel led with a mix of 70 percent.

Jack projects the new model will reduce costs between 18–23 percent while also reaching sales volumes similar to the brand’s regularly sized stores. But Harris notes the layout dives deeper than just decreased expenses. The prototype gave Jack an opportunity to streamline production and study the movement of employees.

“We looked at everything from equipment to design to square footage to try to find the most efficient way to the guest,” Harris says. “So it’s not just one area—it’s multiple areas. The easiest thing to take out was square footage. But within that, we found things like stacking, shelving, different ways to equipment and how it was customized or built.” 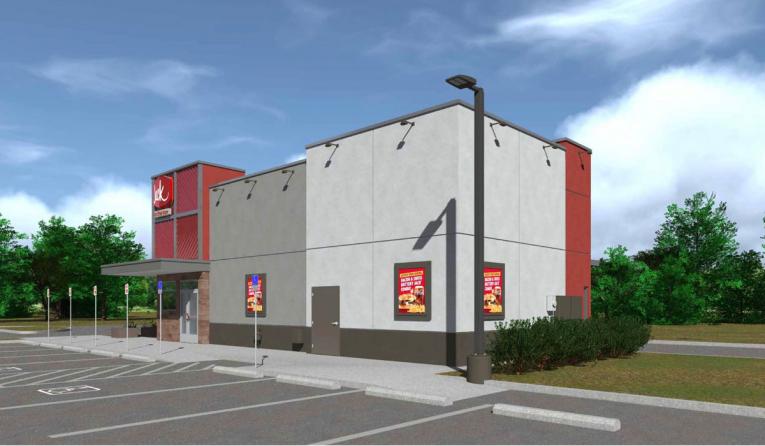 With one lane specifically for digital ordering, the prototype emphasizes a channel that mixed 7 percent in Q2, or a 150 percent increase, year-over-year. Jack’s customer database grew by more than 60 percent in the past 18 months. More than 95 percent of the chain’s system is covered by at least one of the four major third-party delivery providers, and 80 percent use at least three. The company recently rolled out in-app ordering and launched its first loyalty program, which will be combined with a newly implemented digital marketing technology platform to communicate 1:1 messages and timely offers.

“We think that's a huge continued focus for us to continue to grow the business, and we'll continue to lean into how do we think about off-premise beyond just drive-thru,” Harris says.

Three drive-thru-only sites are in progress, the first of which will be in Tulsa, Oklahoma. The prototype is part of a grander franchise growth strategy that Jack has hinted at for several months. The chain recently signed franchise agreements with eight operators that will result in 23 stores, or more than 6 percent growth of their 358 combined locations. In other words, the iron is scolding hot and Jack is striking it fast. More than 66 percent of existing franchisees expressed interested in growing and, this spring, Jack filed an updated FDD, opened a new franchise development website, and started its first paid ad campaign. The brand is seeing double the number of inbound franchise leads compared to last year, it said.

Regarding the drive-thru only prototype specifically, Harris says franchisees have played a role in the process. As Jack finalized the construction plan, it engaged operators and asked for their feedback. The discussions brought forth good insights—so much that Jack actually incorporated about 90 percent of the suggested changes into the project.

“And so the Tulsa project, it enabled us to move it a lot faster, and now we’re at a process where it’s getting ready to go under construction,” Harris says.

The relationship between Jack and its franchisees wasn’t in the best shape prior to Harris’ arrival. It wasn’t until November 2020 that the company and the National Jack in the Box Franchise Association—an entity that represents roughly 85 percent of franchised restaurants—settled a lawsuit filed in late 2018. As part of the settlement, Jack agreed to create a Leadership Advisory Council, a group that’s already met multiple times, including some in person.

When Harris thinks on the matter, he prefers to use a track and field analogy. Before, franchisees were asked to run a relay race and take the final baton and not look back. But now the two sides are partners in strategy, and the game has changed.

“It's like being in a three-legged sack race and we both have a leg in it and we're going down the race and occasionally we're going to fall, but we're going to get up and try to finish and win,” Harris says. “That's the difference of the approach, and they've responded incredibly well. Two-thirds of the system express an interesting growing. But in order to get to that growth, we had to resolve the relationship first and really bring them in.”

One of the major ways Jack is showing its good faith is providing operators with real estate and design flexibility. For Harris, that means the brand must be willing to meet guests where they prefer. That’s not just a freestanding prototype—it’s a dark kitchen, airport, travel center, inline, and endcap. The chain has said on multiple occasions that it has the ability to construct another 950 to 1,200 locations in existing markets.

So the runway is available, and the latest drive-thru prototype is a pivotal tool in filling that whitespace.

“The part that probably excites me the most about Jack in the Box is we've got this iconic brand that a lot of momentum through the pandemic, we've got a new leadership team that has just tremendous experience both in the franchise relationship and engaging franchisees, but also in growing brands—all rowing together now once we’re aligned with the franchisees to really continue the momentum and get unit growth in the ground,” the CEO says. “I think that cultural component of being on the same side of the table is important for the strategy of growth.”

This article has been aggregated from www.qsrmagazine.com and they maybe/are the copyright owners of the same. If you are the Author/Copyright owner of this article and want us to remove the same then send an email to admin@blog.restaurant so that we can delete it immediately. We sincerely regret and apologies for any inconvenience caused to you due to the same. Though it is your decision but please take note that the link to your website and the article have been given above, within and on the bottom of the article.