Inside Yumpling, the Breakout Restaurant from the Cult-Favorite Taiwanese Food Truck

A thick and chewy top. A crisp bottom. A mound of cilantro and a heap of housemade chile oil. “Dumplings look and taste different all across the city,” says Howie... 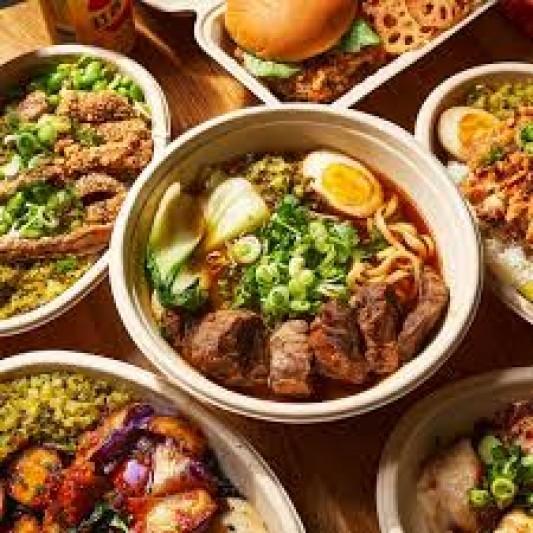 A thick and chewy top. A crisp bottom. A mound of cilantro and a heap of housemade chile oil. “Dumplings look and taste different all across the city,” says Howie Jeon, one of three founders behind cult-favorite Taiwanese food truck Yumpling. “Here, we make them the way we like them.”

Five years after serving its first dumplings in Queens, Yumpling has returned to the borough to open its first brick-and-mortar restaurant. The popular dumpling maker — which started as a stand at the Long Island City flea market in 2015, then grew into a beloved food truck two years later — started serving lunch from a small storefront at 49-11 Vernon Boulevard, between 49th and 50th Avenues, in late August. In the two months since, the restaurant has seen socially-distant lines stretch out its front doors most afternoons and recently opened for dinner service, as well.

The new restaurant marks the first time that Yumpling co-founders Jeon, Jeff Fann, and Chris Yu are consistently serving their dumplings for dinner and on weekends, as the bulk of their food truck sales came from weekday office workers. It’s an opportunity for the trio to bring new Taiwanese dishes to their menu — that, and begin to make some headway on the mountain of customer requests that they have amassed over the years. 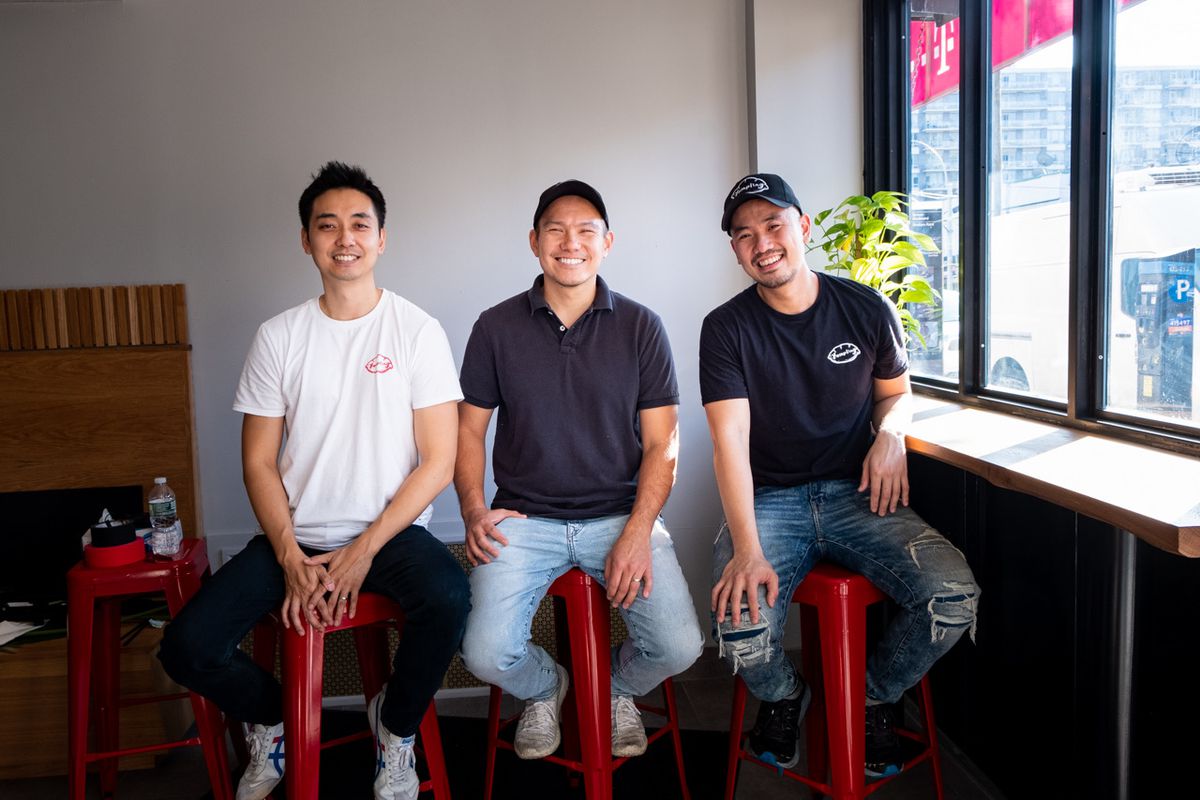 At its beloved lunchtime food truck, Yumpling won the hearts of Midtown with just five menu items: an order of pan-fried pork dumplings, a fried chicken sandwich, and rice bowls topped with either fried chicken, braised beef shank, or stir-fried eggplant. Each of those dishes appears on the new restaurant’s menu, though they’re dotted among other offerings, including Taiwanese staples the team has had their eyes on for years but never had the space or time to prepare in a food truck kitchen.

One is the restaurant’s beef noodle soup, which Jeon refers to as “one of Taiwan’s most iconic dishes.” Housemade noodles, soy egg, and tender slices of braised beef poke their heads out from the restaurant’s dark brown broth, which starts each morning as a pot of beef, soy sauce, cinnamon, and other spices. The bowl of soup sounds like a dream, unless one’s cooking out of a food truck, according to Jeon. Between the heaping noodle boiler the restaurant needs to keep up with soup orders and the beef’s four-hour cooking time, “We just couldn’t make it work without a kitchen,” he says.

New to the brick and mortar restaurant space is also a short menu of bubble teas, which Yu spent several months developing ahead of opening. The drinks are available in nine varieties to start, including taro latte, early grey, and Taiwanese coffee flavors. 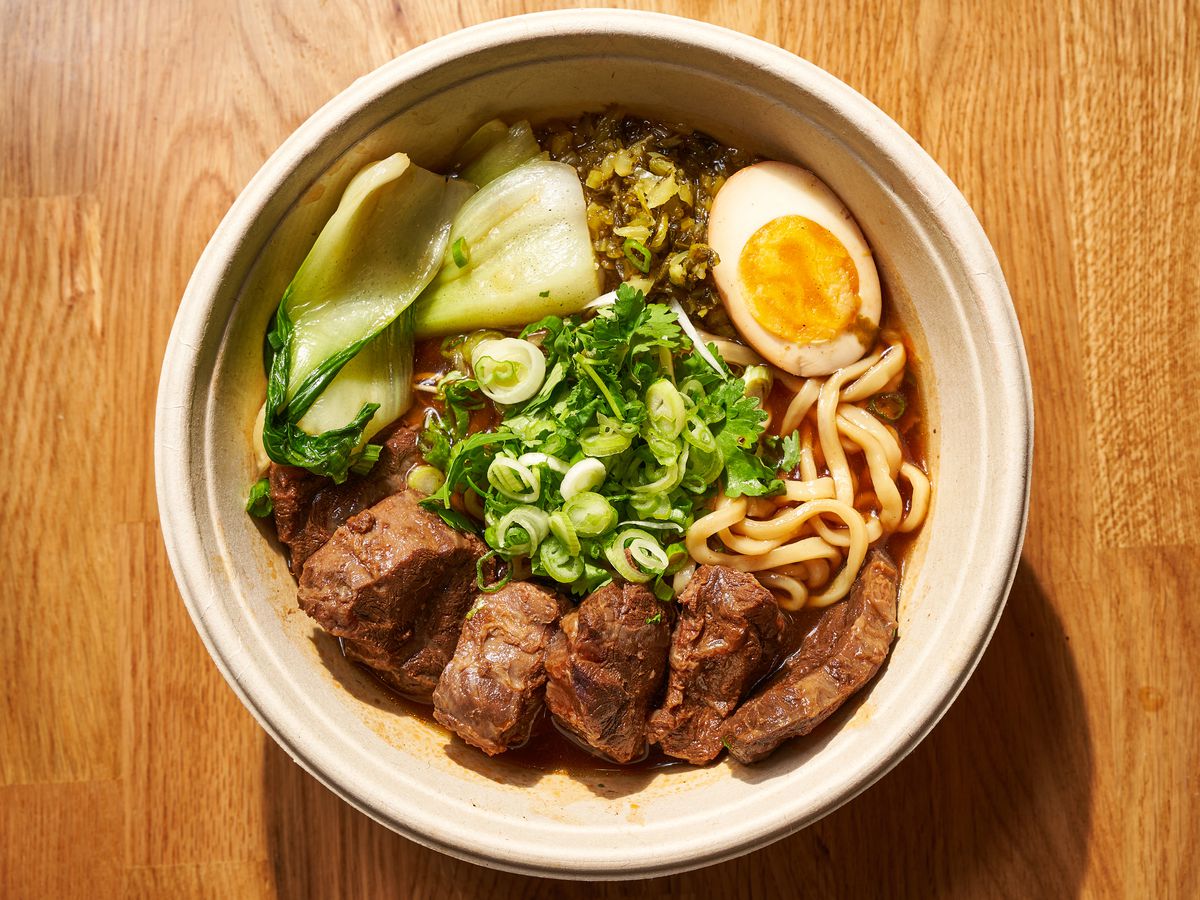 A name like Yumpling doesn’t come from a restaurant’s noodle soup or milk teas, though. The food truck’s namesake dish — its pork dumplings — aren’t the version the co-founders grew up eating, but “they are what we think tastes good,” Jeon says. The dumplings are made using intentionally thick dough and are pan-fried to order, a more time-consuming process than boiling or steaming, but one that results in the restaurant’s recognizably chewy tops and crisp bottoms. A small mountain of cilantro, scallion, housemade chile oil, and sesame seeds finishes the dish.

For the new opening, Yumpling has also brought on a long sought-after vegetarian version of its dumplings. “People have been asking us about vegetarian dumplings for years,” Jeon says. Their filling is made with a less-common but hearty mix of egg, Chinese spinach, and vermicelli noodles. From the plate, they look the same as their pork counterparts — only slightly greener due to some spinach in their flour — but they cost roughly a dollar more, at eight for $11.03 and a dozen for $14.02.

From the food truck’s original illustrated food menu to the neon “delicious vibes only” sign that now adorns its walls, Yumpling has managed to keep things playful, even while growing up. Taiwanese-American inventions, like its heaping fried chicken sandwich, feel perfectly at home besides orders of bite-sized popcorn chicken. These dishes could feel like gimmicks, but they nod to the owners’ respective experiences coming of age in New York City and Taiwan. 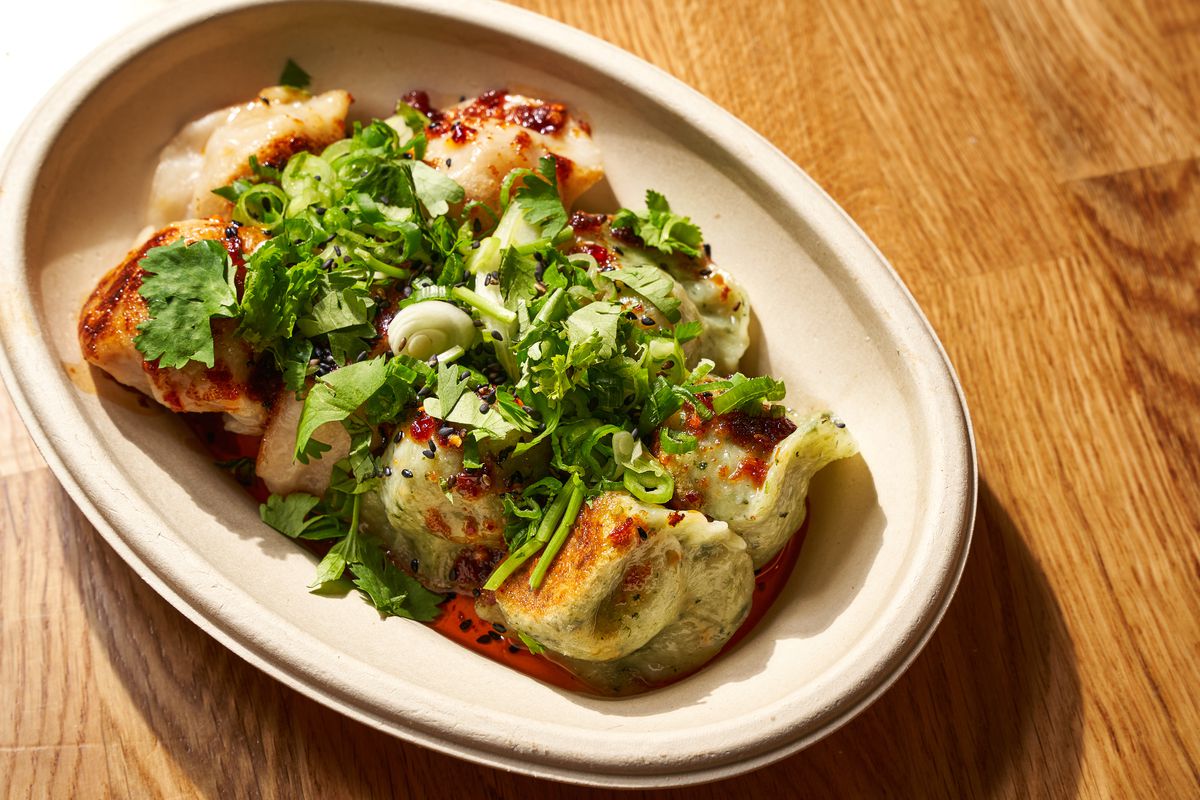 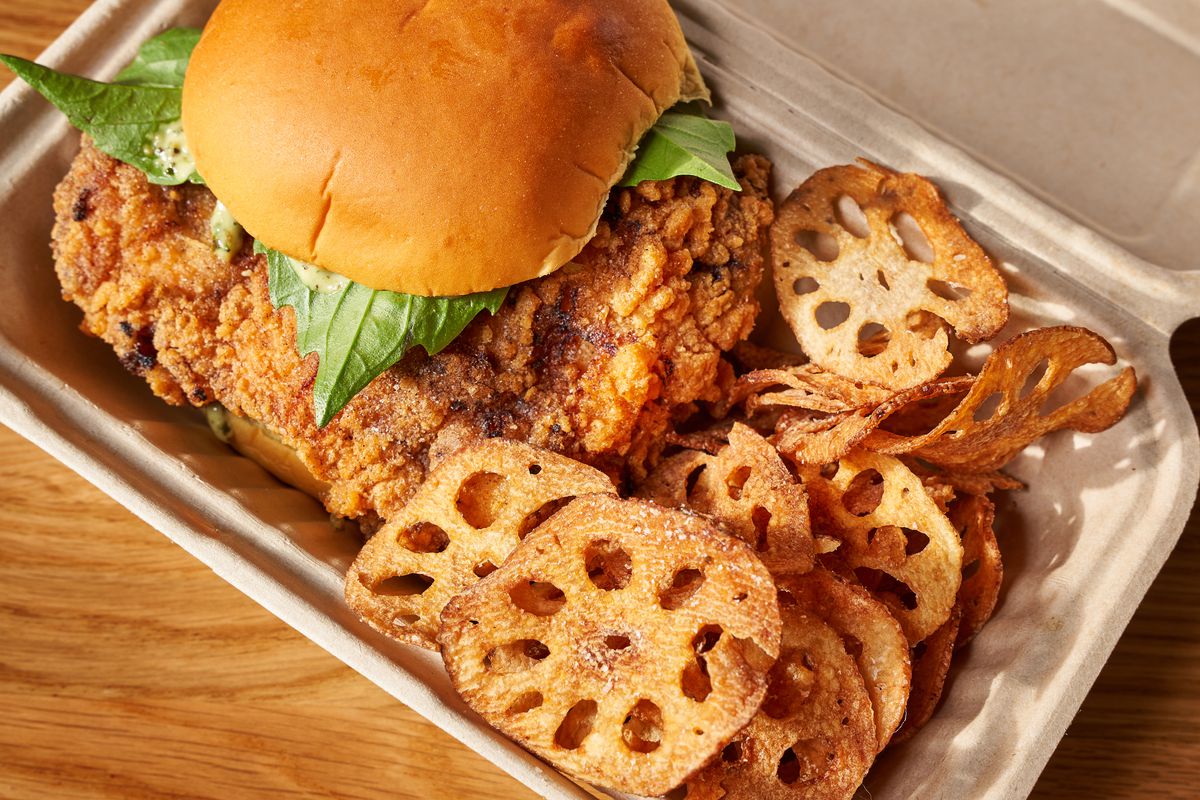 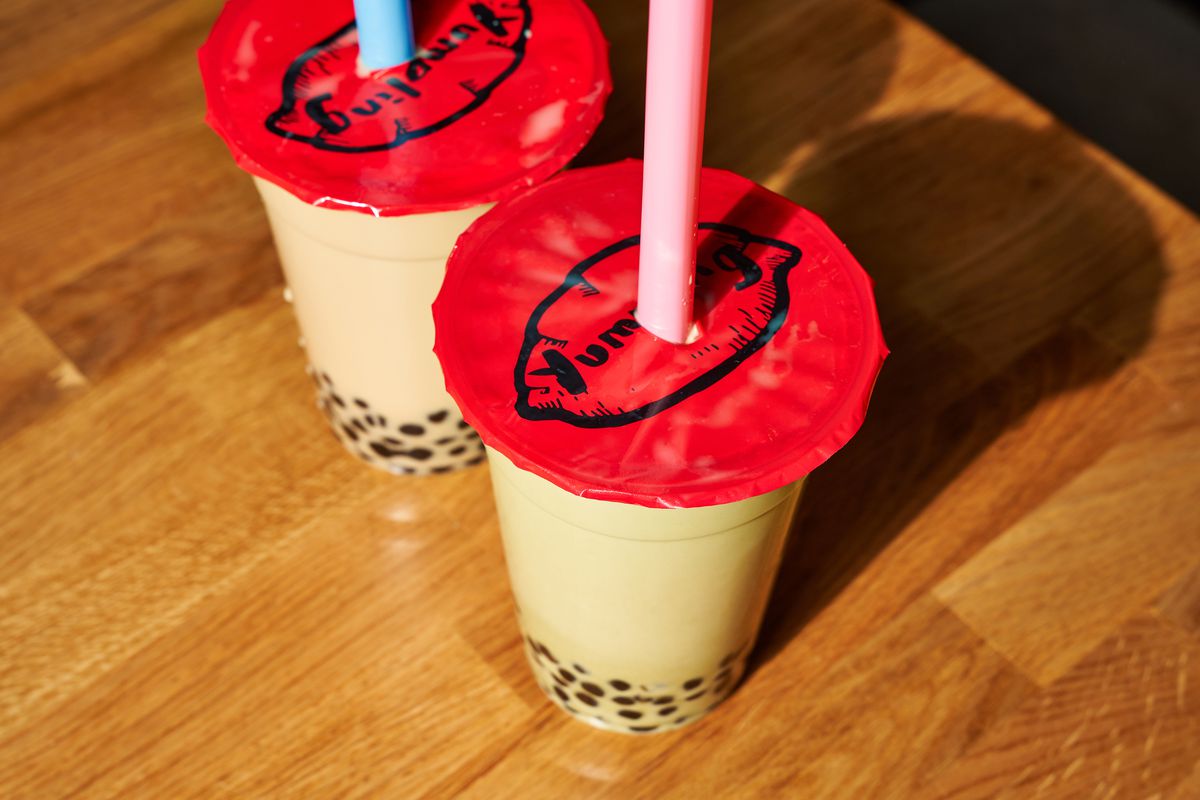 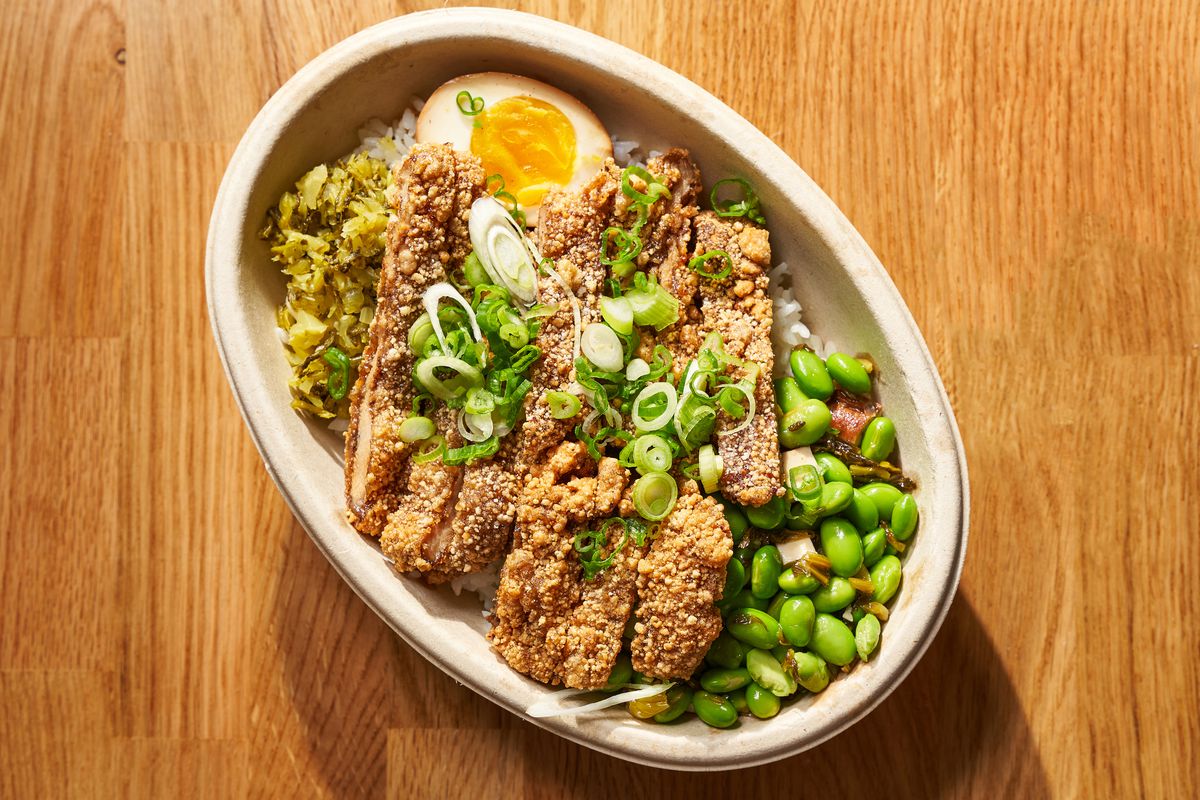 From the top, clockwise: an order of vegetarian and pork dumplings; two milk teas; a fried pork chop rice bowl; and a fried chicken sandwich

“It was a long and twisted journey to get here,” Jeon says of the restaurant’s opening, and, somehow, he’s not even talking about the pandemic. Catapulted by early successes with their food truck, Jeon says that he, Fann, and Yu first started looking at restaurant spaces — roughly 50 of them — around two years ago.

They had plans to sign a lease for a building in Long Island City in November 2018, he says, right before Amazon announced its failed plan to turn the neighborhood into its second headquarters. Rent doubled overnight. The plans fell through. In the weeks leading up to the pandemic, Jeon says the trio was in talks to open a stall in one of the city’s food halls, but they ultimately lost out on the deal. “Thankfully,” Jeon says, given the pandemic that ensued.

When the trio found their current home on Vernon Boulevard, they originally intended Yumpling, the restaurant, to be an expansion of Yumpling, the food truck. Coronavirus, however, had other plans in mind. “We had to shut down the truck operation,” Jeon says. “The Midtown crowd just isn’t there.” The team has no plans to revive the food truck operation at least until the pandemic is over, Jeon says.

Yumpling started as a collaboration between Fann, who grew up in a Taiwanese household in Queens; Yu, who grew up in Taiwan’s capital of Tapei; and Jeon, who is Korean but experienced Taiwanese food while traveling with Fann. Though none of the trio had prior restaurant experience, they served their first dumplings at the Long Island City flea market in 2015, alongside a shortened menu consisting of fried chicken sandwiches and what Jeon refers to as “big chicken,” a night market food in Taiwan that consists of an oversized deep fried chicken thigh.

Still in its soft opening, Yumpling in Long Island City is the trio’s latest level up. The brick and mortar restaurant is open for takeout and delivery from 11:30 a.m. to 9 p.m. daily. Closed Mondays. 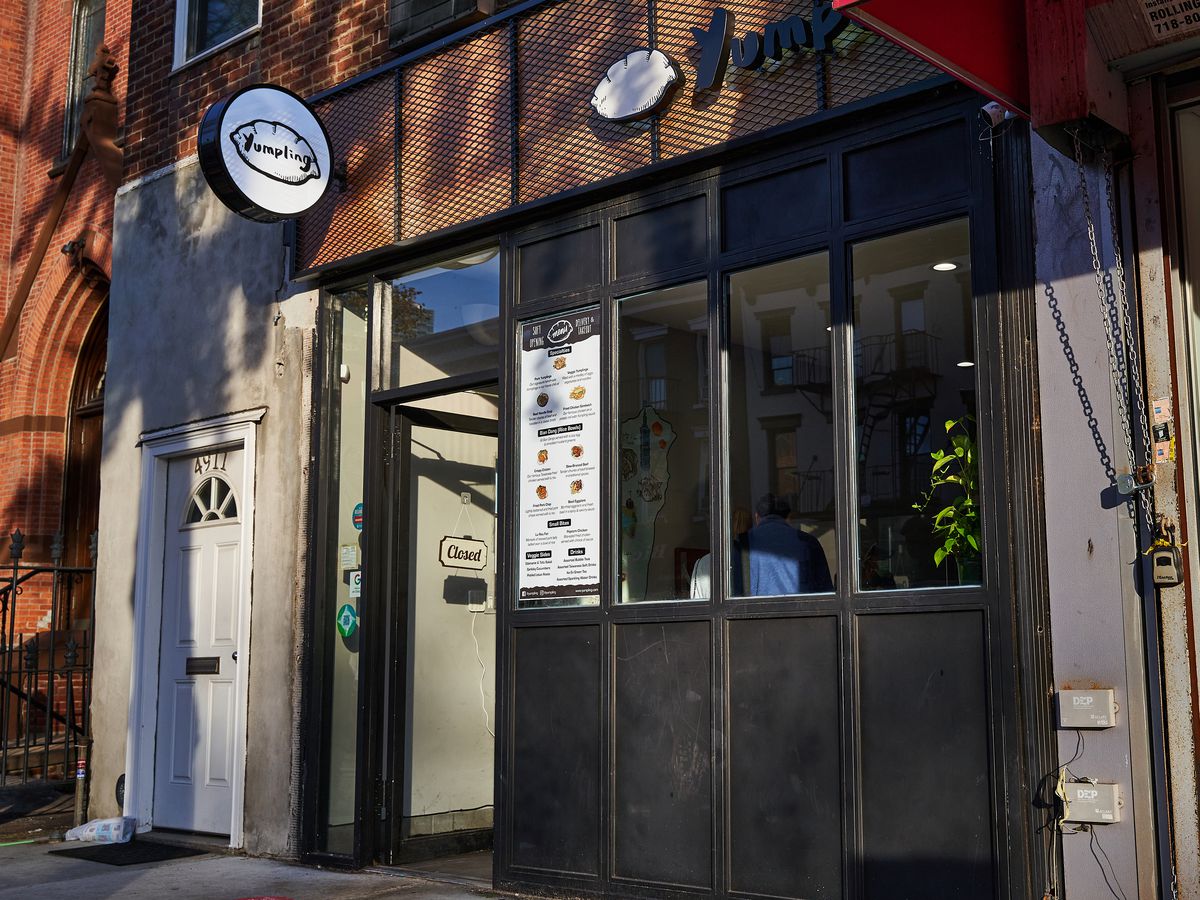 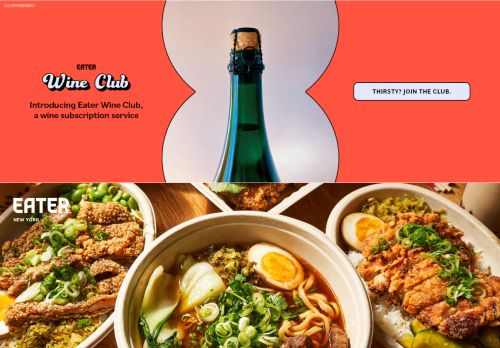