Inside Argentinian bar and restaurant opening in city centre

Inside Argentinian bar and restaurant opening in city centre 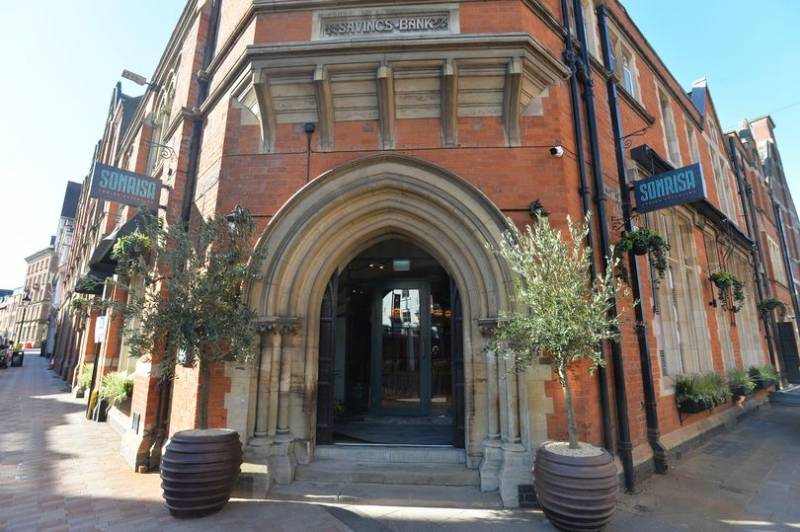 Leicester’s food and drink scene will soon get a very exciting new addition- in the shape of Argentinian restaurant and bar Sonrisa.

The new venue, which is based in the Grade II-listed Leicester building formerly occupied by deli Delilah Fine Foods, is preparing to welcome its first customers next month.

As the finishing touches were made to the restaurant and bar, we were invited in for an exclusive sneak peek.

As you can see in the gallery below, it looks wonderful.

Sonrisa is being launched by Birmingham-based Lasan Group, and will be an offshoot of its well-established Fiesta Del Asado venues in Birmingham and Solihull.

Customers will be able to enjoy a range of Argentinian food, with a small plates menu and full restaurant menu available, along with a wide selection of cocktails and fine wines from Argentina and elsewhere in South America.

Now, as Jabbar told LeicestershireLive, he wants to "bring Buenos Aires to Leicester."

He said: "In Buenos Aires, 'Buena Onda' refers to good food, good times, and good company. It’s a catch-all phrase for anything that puts a Sonrisa (smile) on your face, and we can’t think of anything that makes people smile more than 'buenos aires' (good air), delicious food, and fine wine.

"So, we created Sonrisa, a modern café-bar haunt that makes the perfect spot for social gatherings - Buenos Aires-style.

"Whether you want to kick back with a cocktail, meet friends old and new, or order a strong cup of coffee, you can arrive early for a light, lingering lunch, or stay late into the night, grazing on the colourful sights, musical sounds, and small plate delectables or large sharing plates."

Sonrisa will offer a range of Argentinian food, with a small plates menu and full restaurant menu available

Stepping inside the beautifully transformed building, you'll notice the bright, spacious and colourful interior, with lots of greenery and an eclectic mix of furnishings. The plants hanging from the ceiling make a particularly striking focal point, as do the bespoke lights. There's also pictures and plates hanging from the walls, which add further interest.

On the ground floor is the bar area - complete with a lovely tiled floor, and plenty of comfy seats - which blends into the main restaurant area, with its bespoke tables and chairs. There's also an open-plan kitchen at the rear, so diners will be able to see as their food is prepared. Further tables can be found on the mezzanine.

Sonrisa will have a seating capacity of around 120 inside, with a further 40 seats outside.

The toilets are located downstairs, and there's a particularly interesting, and unusual, feature in the ladies toilets - a large safe, which is likely to have been in situ since the 19th century, when the property was originally built as Leicester Saving Bank. There's also another safe in a storage area in the kitchen.

Sonrisa will open on May 17, and you'll be able to book via the website from the end of April. 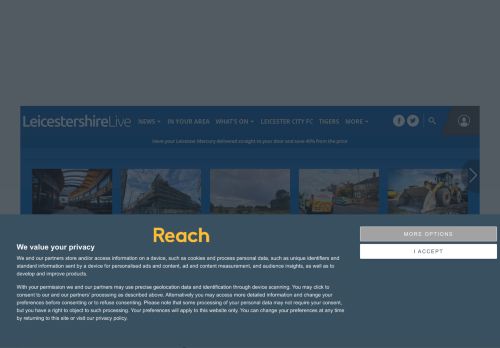 This article has been aggregated from leicestermercury.co.uk and they maybe/are the copyright owners of the same. If you are the Author/Copyright owner of this article and want us to remove the same then send an email to admin@blog.restaurant so that we can delete it immediately. We sincerely regret and apologies for any inconvenience caused to you due to the same. Though it is your decision but please take note that the link to your website and the article have been given above, within and on the bottom of the article.