At AIDA Bistro & Wine Bar in Columbia, carryout now comprises 20% to 30% of total revenues for the restaurant, a reality owner Joe Barbera said has become common for many in the restaurant industry amid the ongoing coronavirus pandemic.

It’s one of the reasons Barbera said he testified before the Howard County Council against the Plastics Reduction Act, a new law that aims to limit single-use plastic such as straws, stirrers and certain condiment packets in the county by requiring retailers and restaurants to supply alternatives and by asking before giving out condiment packets and plastic ware to customers.

Now that the council has passed the act, restaurant owners like Barbera and environmental advocates are planning for implementation and the possibility of future legislation shifting carryout operations in the Howard restaurant industry.

During the pivot to primarily carryout orders in the early days of the pandemic, Barbera tried a variety of containers, asking for feedback from customers along the way to ensure the containers didn’t soak through, spill or leak.

Through that testing experience, Barbera landed on using a PET #5 plastic container for most of his carryout items, a plastic that is recyclable and microwaveable. When the Plastics Reduction Act starts to be enforced on July 1, 2022, Barbera and other restaurant owners in Howard will have to ask their customers if they are OK with items being served in plastic, which may risk the sale, according to Barbera.

The law, initially introduced in February by County Council member Christiana Mercer Rigby, Vice Chair Opel Jones and Chair Liz Walsh, is something environmental advocates have been pushing for as a means of reducing plastic in the county by increasing personal responsibility by consumers.

“We are a small drop in the sea of plastic and we knew that this would be an incremental step, so we know it’s an incremental change,” Rigby said. “Those changes are the kind that eventually build on each other to eventually get to a bigger change.” 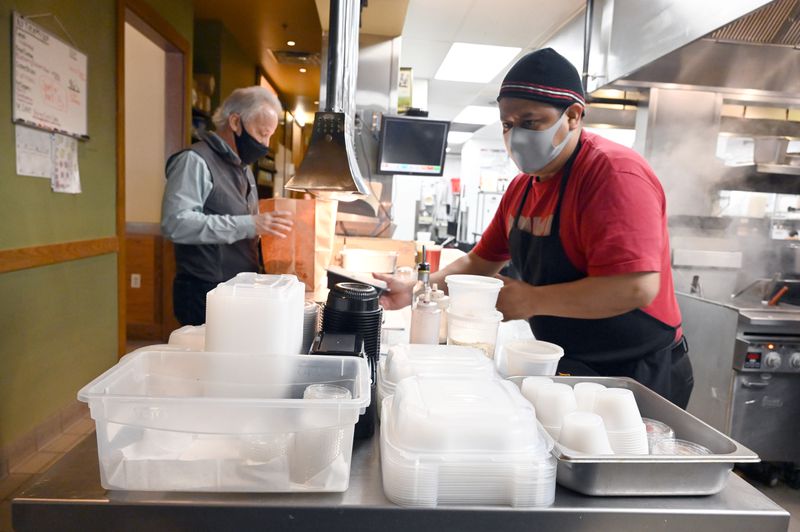 Pat Hersey, president of Less Plastic Please, a citizen-run organization in Howard County, brought the proposal to Rigby after the council passed a 5-cent fee on disposable plastic bags used in stores in 2019, which was also proposed by the group.

“One of the wonderful things that came out of this bill is that we discovered we were all frustrated with the amount of single-use plastic being used,” Hersey said.

During a public hearing for the bill, restaurant owners who testified, including Barbera, laid out their frustrations with plastic alternatives both in quality and in cost.

“It’s a little bit difficult and like everything else as we’ve gone through the cycle of making sure that we’re good to the environment and the Earth, supplies and the prices for any kind of packaged goods, paper or plastic or anything that is compostable continues to go up in price dramatically,” Barbera said. “We just did a comparison for another compostable product that is twice the cost. I’m a small restaurant; I can’t stock four or five different options for a customer.”

Hersey said she worries the convenience argument ignores the impending plastic crisis and just how dire things really are.

Restaurant owners including Barbera point to other instances of environmental friendliness, like not using polystyrene foam, plastic water bottles or plastic bags, but Hersey said that’s not enough.

“This plastic waste crisis is a slow murder. We are literally at the precipice of choosing to have an unstable society,” Hersey said. “This is all doable; not only is it doable, it’s horribly necessary right now.”

The law also includes the plastic straw component, one that won’t affect AIDA as the restaurant hasn’t used plastic straws in years. according to Barbera. For Brad Hudson, however, owner of Hudson Coastal in Fulton, it’s the only part of the law that will affect his restaurant.

Like Barbera, Hudson also saw carryout operations go from 5% in 2019 to 25% currently at his seafood restaurant.

Hudson said his carryout containers comply with the new law but acknowledged those containers come at a higher cost he’s able to absorb.

“As our choices get smaller and smaller, the prices of the products that we’re supposed to be using will skyrocket,” he said.

“We just did a comparison for another compostable product that is twice the cost. I’m a small restaurant; I can’t stock four or five different options for a customer.”

Hudson Coastal does offer plastic straws upon request and metal straws for an extra 50 cents, Hudson said. He said when the law goes into effect, he’s going to only have plastic straws on hand for compliance with the Americans with Disabilities Act.

When Rigby initially introduced the legislation, she said ADA concerns were why she didn’t want to propose an outright ban. She said she is mindful of the law’s implications within the disability community. Many individuals with disabilities need straws to consume food and drinks, and some alternatives to plastic ones don’t work for them. For example, paper straws can be easy for some people with limited jaw control to bite through. 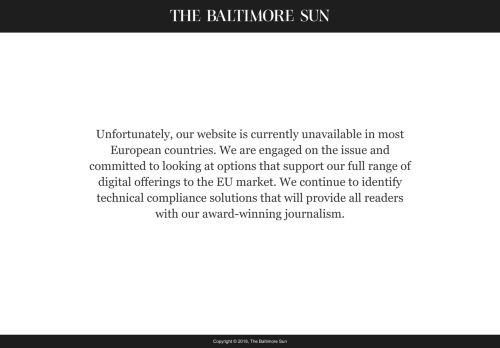 This article has been aggregated from www.baltimoresun.com and they maybe/are the copyright owners of the same. If you are the Author/Copyright owner of this article and want us to remove the same then send an email to admin@blog.restaurant so that we can delete it immediately. We sincerely regret and apologies for any inconvenience caused to you due to the same. Though it is your decision but please take note that the link to your website and the article have been given above, within and on the bottom of the article.