How and why we chose our Restaurant of the Year

How and why we chose our Restaurant of the Year 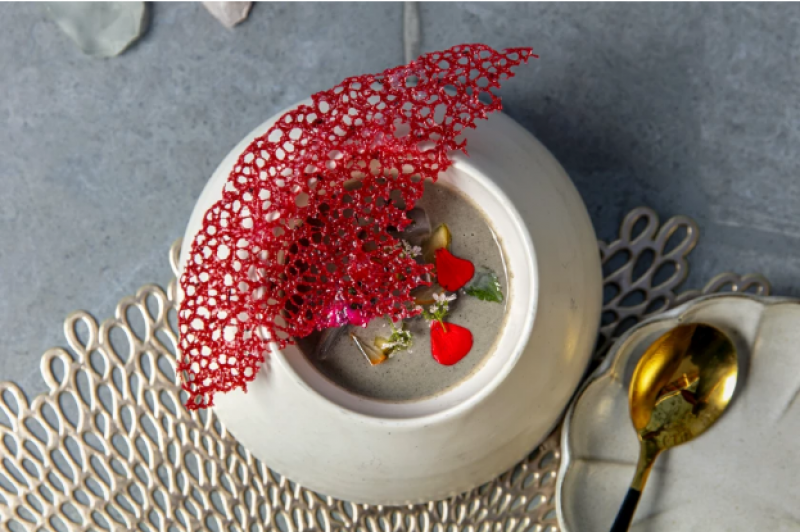 Last Sunday, in print and online, The Times announced Minh Phan’s new project Phenakite as this year’s Restaurant of the Year. It began as a trial-run pop-up last September at Second Home, a property in Hollywood originally designed by renowned architect Paul R. Williams; it currently functions as a “co-working complex,” but that phrase doesn’t really communicate its botanical garden setting and its mod aesthetic.

By November, while Phan’s much-loved Porridge and Puffs remained closed in the thick of the pandemic, Phenakite was settling in for a weekly residency at Second Home. Phan tends to describe the experience as “Angeleno” — a more formal expression of her broad, comforting cooking style that, in reflecting the city she calls home, conveys no one dominant culture. Hers is a cuisine of delicious ideas. The 10-course menu costs $159 per person (inclusive of the tip): Courses segue through black sesame vichyssoise; dilled crab cake paired with a brilliant pork-stuffed mochi; braised short rib; and abalone porridge, each dish trip-wired with pickles, savory jams and vegetable garnishes that send the flavors flying and also taste of a specific place and season.

Enjoying this newsletter? Consider subscribing to the Los Angeles Times

Your support helps us deliver the news that matters most. Become a subscriber.

Phan — community-minded, consistently participating in fundraising partnerships, always striving to create ever-more supportive environments for her staff — is a force for good in Los Angeles. It’s been heartening to watch her food-world colleagues celebrate her moment on social media.

A few friends and some readers, though, expressed surprise: “You singled out a Restaurant of the Year after the last 15 months this industry has been through? Doesn’t every business that survived — that fed people through a catastrophe and kept people employed (and hopefully made their safety a priority) — deserve some kind of award?”

Yes … and also this is an award that comes with some recent precedent. It began in 2017 in conjunction with the inaugural L.A. Times Food Bowl, a monthlong festival created by The Times. Jonathan Gold presented two new awards as part of the events: Restaurant of the Year and the Gold Award. The latter was “to be given to a California chef [or restaurant] annually,” Gold wrote, “with the idea of honoring culinary excellence and expanding the notion of what Southern California cooking might be. The award celebrates intelligence and innovation, brilliance and sensitivity to aesthetics, culture and the environment.”

Wolfgang Puck was its first recipient. This year, Laurie Ochoa, Gold’s wife and a deputy editor of The Times’ Entertainment and Arts team, named Oaxacan restaurant and L.A. institution Guelaguetza as the Gold Award recipient.

Locol, Roy Choi and Daniel Patterson’s collaboration in Watts that reimagined the fast-food genre (and has since closed), was the first to be named Restaurant of the Year. Gold christened Carlos Salgado’s visionary Taco Maria in Costa Mesa the second winner in 2018 before Gold’s passing later that year. The Food team gave the honor to Ori Menashe and Genevieve Gergis’ Arts District smash hit Bavel in 2019. Last year Patricia Escárcega and I agreed that Orsa & Winston deserved the nod given the extraordinary leadership shown by chef-owner Josef Centeno at the onset of COVID-19 and the ways he maintained excellence in the shifting landscape. This summer, the L.A. Times Food Bowl returns in June and July (see below). Chef Minh Phan at her restaurant Phenakite, located on the Second Home campus in Hollywood.

Phenakite was the restaurant that came to mind when I read those words. It hasn’t been in business for a year yet, sure, and its number of seatings is extremely limited. But Phan’s cooking there is unlike anything else — a light show of flavors that somehow leave you calm, and that tastes like nowhere else but Southern California. Phan and her crew (the chefs serve as well as cook) radiate the sort of earnest kindness that leaves you feeling a little more reconnected to the world, and maybe to yourself.

On a chilly Friday evening in March, Laurie Ochoa, interim food editor Alice Short and I huddled together at a table at Phenakite. We spooned the mellow black sesame soup jolted with fermented plums, lemon verbena oil and shiso; we admired a citrusy Albariño from Field Theory in Lodi. Phan arrived with the fifth course, setting fig leaves on fire with a blow torch and then replacing the lid on the dish so the herbal aromas would sink in.

The whole meal warmed us. Laurie and Alice felt what I felt. The choice was clear. Los Angeles Times Food Bowl returns in June with a series of events and celebrations (some will be in person; others will be virtual). Events include celebration meals at Phenakite and Guelaguetza, a panel on women in food led by Jenn Harris, and, in commemoration of Juneteenth, an exploration of Black foodways hosted by newly arrived Times reporter Donovan X. Ramsey.

— “In the last couple of months, three fantastic cookbooks that contextualize what it means to cook Chinese food from a second-generation perspective have been published,” writes Ben Mims. Check them out.

— In the latest installment of our “What We’re Into” video series, Jenn Harris spotlights the shawarma variation made with cauliflower (and ready to be pummeled with tahini, toum, hot sauce and pickles) at Mayfield in San Juan Capistrano.

— As Los Angeles County residents experience the yellow reopening tier, Stephanie Breijo reports on the dining room expansions and renovations and the menu revamping that restaurants have been planning over the last few months.

Click Here To See More
News Source: www.latimes.com
How and why we chose our Restaurant of the Year

This article has been aggregated from www.latimes.com and they maybe/are the copyright owners of the same. If you are the Author/Copyright owner of this article and want us to remove the same then send an email to admin@blog.restaurant so that we can delete it immediately. We sincerely regret and apologies for any inconvenience caused to you due to the same. Though it is your decision but please take note that the link to your website and the article have been given above, within and on the bottom of the article.