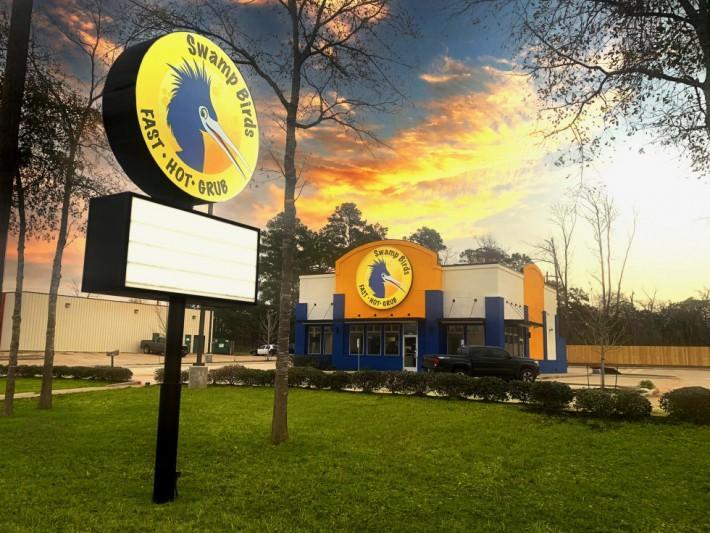 The minds behind Houston Cajun favorite BB's Tex-Orleans are spicing up the drive-thru with a new concept. Maricela and Brooks Bassler are preparing to open Swamp Birds later this month in Conroe.

“Swamp Birds started as a vision for a really simplified, Southern-inspired, Cajun restaurant that was fast and really pays attention to the value/price trade-off,” Brooks Bassler tells CultureMap. “At the end of the day, we feel that in the fast food world there’s nothing like what we’re about to do.”

The Basslers have achieved success with BB’s, growing it to 10 locations. Houstonians have come to rely on the concept for crawfish, Cajun staples like etouffee and po’ boys, and original creations like the signature Tex-Cajun fries, a riff on poutine topped with roast beef debris.

Swamp Birds’ menu starts with a few BB’s classics in the form of red beans and rice, chicken and sausage gumbo, and boiled crawfish (in season), but most of the dishes have been developed specifically for the restaurant, including fried shrimp, fried fish, chicken tenders, and boiled shrimp.

Two items that the couple are particularly excited about are a Nashville-style hot chicken sandwich and the Cajun Crunchie, a deep-fried wrap stuffed with roast beef debris and cheese.

The hot chicken sandwich has a special twist, too. Mexican peppers in the dipping sauce give it a depth of flavor that sets it apart from similar offerings.

“We’re putting our Houston funk on it so to speak,” Bassler says. “You can get that sandwich for $4.49. It’s filling and it’s good.”

While BB’s starts serving the largest possible crawfish as early in the season as possible, Swamp Birds will wait until March 1 to allow supplies to increase and prices to come down. Bassler plans to sell them for $6 per pound at the start of the season and $4.50 - 5 after Easter.

“This concept will have a shorter season than BB’s, primarily so we can fit into the price point we want to be in on boiled crawfish,” Bassler says. “On this concept, we’re not as worried about size. We’re going for a more old school style experience where it’s a blend of field-run crawfish.”

As for the location, Bassler says he couldn’t resist the convenience of a turnkey space in a prime spot near a H-E-B (2016 N. Frasier St. in Conroe). Even though they only signed the lease in September, he expects to open January 25. If it goes well, expect to see Swamp Birds roost in other parts of Houston and beyond.

“Maricela and I are pretty realistic people. Our goal is to get three to four, maybe five corporate-owned spots in the Houston area,” Bassler says.

“The goal is to grow it, but we want to be careful and prove it has legs. I think we’ll know that in the first 90 days.” 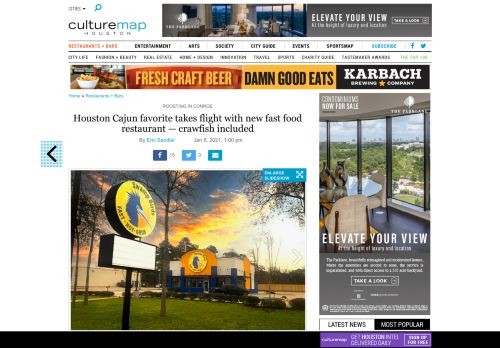 This article has been aggregated from houston.culturemap.com and they maybe/are the copyright owners of the same. If you are the Author/Copyright owner of this article and want us to remove the same then send an email to admin@blog.restaurant so that we can delete it immediately. We sincerely regret and apologies for any inconvenience caused to you due to the same. Though it is your decision but please take note that the link to your website and the article have been given above, within and on the bottom of the article.