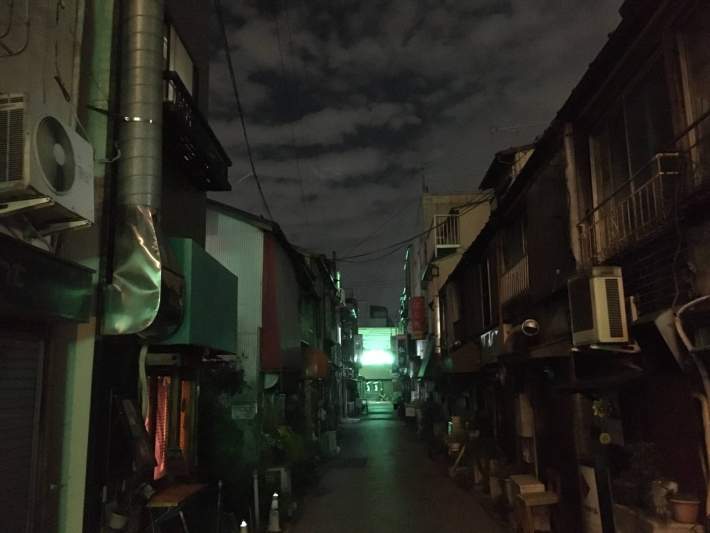 Japan’s Twittersphere has been abuzz in recent weeks with users offering their own takes on Asahi Breweries’ new canned offering that features a removable top, allowing them to be chugged down like an ice-cold mug of draft beer, known as “nama” in Japanese.

“No choice but to drink at home amid the state of emergency. I’m raising a toast with the nama jokki can,“ tweeted @dalmashatyo on Sunday in Tokyo, with a photo of a foaming can of Asahi and steamed meat dumplings. “Jokki” refers to a beer mug in Japanese.

Beer-makers suffering from a plunge in consumption at restaurants and bars during the pandemic are doubling down on canned beer, backed by tax cuts for regular beer and a surge in household alcohol consumption. Now, with an unprecedented restaurant booze ban in place in Tokyo, Osaka and two other prefectures amid a state of emergency in effect there, consumers have even less choice but to drink at home — giving products such as Asahi’s new Super Dry an edge.

“The nama jokki can is sold out again and I still haven’t been able to get my hands on one,” tweeted @touka_irmh17 on Tuesday. In fact, the beer sold out within days of first being released in convenience stores on April 6, forcing Asahi to temporarily halt distribution. It then made its debut in supermarkets on April 20, but was snatched up just as quickly. It won’t be until at least mid-June that shipments will resume, Asahi said in a statement.

“We want to enhance the home drinking experience by offering customers a product that reminds them of the joy of drinking a freshly poured nama beer with a creamy head,” said Kristin Chiu, a spokesperson for Asahi Group Holdings. While the product couldn’t have been better timed given consumers are again being asked to hunker down at home, it was actually four years in the making, Chiu said.

The can’s design features an interior coating with fine protrusions that generate delicate bubbles and a smoother head, as well as a top that can be torn off entirely to emulate a pint glass. Asahi advises that the cans be served chilled to between 4 to 8 degrees Celsius for the optimal experience.

“We want to enhance the appeal of beer since the market has been shrinking for years,” Chiu said. Shipments of beer by the nation’s big four beer-makers fell for the 15th straight year in 2019 to 384 million cases, down 1.4% from the previous year. The trend has been attributed to a graying, shrinking population and changing tastes among health-conscious consumers, who are opting for drinks with lower calories.

Meanwhile, Asahi’s overall beer sales plunged 16% by value last year as sales of its flagship Super Dry plummeted at restaurants during two states of emergency and due to shortened business hours. Suntory Holdings Ltd.’s sales volume fell 11%, while Kirin Holdings Co. which offers a wider line up of brews including craft beers, saw it drop 5%. “We hope the product will cultivate new consumers and prompt more people to order draft beer at bars and restaurants,” Chiu said. “And we do appreciate people tweeting about it.”

On-site consumption, however, has essentially come to a standstill under the state of emergency slated to last between April 25 to March 11. During those 17 days, which overlap with the Golden Week holidays, the government is requiring restaurants, bars and karaoke parlors serving alcohol in the designated prefectures to shut their doors in order to curb the recent surge in COVID-19 cases.

“I don’t understand why we’re always being singled out. Give us a break,” said Susumu Onodera, the owner of a small bar in the capital’s Bunkyo Ward. The neon signs at the typically thriving drinking alley his dive is located in have gone dark since the emergency decree was declared.

The state of emergency is set to deal a further blow to beer-makers’ restaurant sales, amplifying the need to tap into the growing market of home drinkers and woo health-conscious consumers.

On April 13, Suntory released the Perfect Suntory Beer, a 5.5% alcohol by volume beer with no sugar content. Production involved a complicated brewing process that took five years to perfect, according to the company.

“These healthier drinks used to be supplementary to the standard products, but we believe they will become mainstream in the ‘new normal’ after the pandemic,” said Arisa Inagaki, brand manager at Suntory Beer Ltd. Sales of the Perfect Suntory Beer have been robust so far, with 660,000 of the 2.3 million cases planned to be shipped by December already distributed in the first week.

“The timing of the release happened to coincide with rising demand for home alcohol consumption and the revisions to the liquor tax law,” said Inagaki, referring to how taxes on high-malt beer have begun to be lowered in stages since last October, making regular beer more affordable.

In recent years, beer-makers have been releasing a string of happōshu (low-malt beer that falls under a lower tax bracket) and so-called third-segment quasi-beers, which are made from malt alternatives and are even cheaper. The revisions mean tax cuts for regular beers and higher taxes for third-segment, or “new genre,” beers. By 2026, all three types of beer will be subject to the same tax rate.

Meanwhile Kirin, known for its eponymous lager — one of the oldest beer brands in the country — launched the malt-heavy Spring Valley Hojun 496 on March 23. Spring Valley refers to the craft beer brand and brewery the company operates.

Kirin has been aggressively expanding into craft beer in recent years. It bought a 25% stake in Brooklyn Brewery in 2016 and acquired London-based Fourpure Brewing in 2018. In 2020, it completed the acquisition of Colorado-based New Belgium Brewing. It also has its own craft beer line called Grand Kirin.

“While the market is still small, interest in craft beer is definitely growing and coincides with how the market for household consumption is expanding amid the pandemic,” said Kuniaki Tamai, a spokesperson for the company. Sales of Kirin’s canned craft beer products grew by 30% last year compared with a year earlier.

“We want this product to help expand the appeal of craft beer.”

In a time of both misinformation and too much information, quality journalism is more crucial than ever.

By subscribing, you can help us get the story right. This article has been aggregated from www.japantimes.co.jp and they maybe/are the copyright owners of the same. If you are the Author/Copyright owner of this article and want us to remove the same then send an email to admin@blog.restaurant so that we can delete it immediately. We sincerely regret and apologies for any inconvenience caused to you due to the same. Though it is your decision but please take note that the link to your website and the article have been given above, within and on the bottom of the article.